Twelve in the Box: CFB Week 2 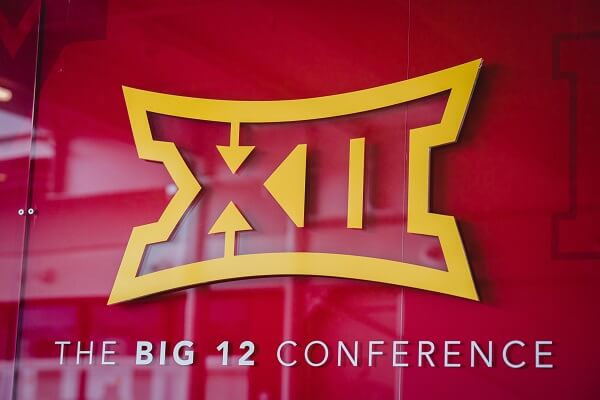 Welcome to Twelve in the Box. Here, you will see twelve teams making the biggest impact on college football. Is this a ranking? Not really—you won’t find any numbers by the team names. Is this a power ranking? Sort of, kind of. The Judge, here, will use his arbitrary sliding scale of indiscriminate factors to present the twelve teams (and three alternates) Your Honor thinks you need to be paying attention to.

If this were a lawless website devoid of any upstanding procedure, the Judge would include the entire State of North Carolina in his Week 1 iteration of Twelve in the Box. There must have been something in the water over there on Saturday morning. The rest of the weekend gave us some close games, some not-so-close games, and some downright head scratchers. We learned a good bit about how this season is going to go.

Twelve in the Box Odds powered by Fanduel

Taking care of business. That is what we saw from this team against Utah State and what you can expect from this team for the remainder of the season. For a casual observer, the Crimson Tide might not be a fun team to watch for most of the year. To a football junky, it will be amazing. A collision with Georgia in the SEC Championship game seems inevitable. In the meantime, take every chance you can get to appreciate this team.

The Gators won the Urban Meyer Bowl over Utah behind a great performance from quarterback Anthony Richardson. The performance has immediately landed him on the short list of Heisman candidates after Week 1 (+1800). Florida capitalized on its red zone opportunities to get the Billy Napier era off to a great start. They will need to move on quickly as they host another ranked opponent next week.

Next Game: vs. Kentucky

In an instant classic, Florida State blocked an LSU extra point with no time remaining to avoid overtime and secure the win over the Tigers. Any time you can beat LSU within the state of Louisiana, you have done something special. That something special is much needed momentum for coach Mike Norvell as he finally gets some breathing room in Tallahassee. This was a tough performance from the Seminoles, something that we have not seen enough from them lately.

Georgia dismantled a top-10 Oregon team 49-3. You will hear some folk’s sayings that Oregon was ranked high to prop up this game, but please disregard. A 49-3 win is what you would expect from a team over Georgia State, not a PAC-12 power. The Bulldog offense looked almost unstoppable, and the defense doesn’t seem to have lost a step from last year. It appears you can go ahead and write Kirby Smart’s team into the playoffs again.

Next Game: vs. Samford

If you could ever conjure up a constructive quarterback battle, this is what it would look like. Even with Cade McNamara and J.J. McCarthy sharing snaps, the Wolverines put together a solid offensive performance against Colorado State. With most of the Big Ten attention elsewhere last weekend, Michigan handled their business. How good can this team be? We likely won’t know until October. Jim Harbaugh looks to have his team in great shape, though.

Next Game: vs. Hawaii

If provided the opportunity, everyone likes to watch a trainwreck.

Yes, the Cornhuskers are here for all the wrong reasons, but it is truly fascinating to watch. In their return from Ireland, Nebraska found themselves tied at 7 with North Dakota on Saturday. We see these situations often, where a heavily favored team is tied with a lesser team and winds up pulling away, which Nebraska did. We just weren’t so confident Nebraska was going to pull it out. Scott Frost’s team is lacking, to say it kindly, and so are his remaining days in Lincoln. It’s worth a watch.

Next Game: vs. Georgia Southern

Notre Dame acquitted themselves well against Ohio State in Saturday’s primetime matchup. Ultimately, seasons are measured in the binary wins and losses. However, Fighting Irish faithful left Columbus not displeased with what they saw from Marcus Freeman’s team in his first game. Though the Irish will have plenty of bumps ahead, the team still has a chance to have a special season.

Next Game: vs. Marshall

In a game where many expected a ton of points, Ohio State somehow fell short of expectations in a 21-10 win over Notre Dame. Great teams get it done, as did the Buckeyes, but a team with playoff expectations seemingly has some questions to answer on offense. Ohio State has the horses to figure it out and have a “buy” game after an emotionally draining Week 1.

Next Game: vs. Arkansas State

Someone who had been in a coma for a year might not have noticed anything different in Norman on Saturday. The Sooners, even after the wave of coach and player transfers, are keeping the wagon rolling with Brent Venables. The rubber will meet the road when conference games start. However, Dillon Gabriel looks like a guy that can lead this Oklahoma team to a Big 12 championship.

Next Game: vs. Kent State

If you like offense, Tennessee is it. Regardless of your affinity for points, this is a fun team to watch with a lot of energy. The Vols were up 38-0 on Ball State at halftime before letting off the gas in the second half. How will they fare in-conference is yet to be seen, but objectively, it will be entertaining.

Expect Tennessee to give one of the big dogs a run for their money.

Quarterback John Rhys Plumlee threw four touchdowns and ran for 86 yards and another touchdown in UCF’s 56-10 win over South Carolina State. That’s what you get with a true dual-threat quarterback in a Gus Malzahn offense. Cincinnati looks less than their previous form, so there’s a road for the Knights to make a run this season.

Pay attention to this team.

Next Game: vs. Louisville

A new coach with new players looked good on USC Saturday as the Trojans beat Rice 66-14 in Lincoln Riley’s debut. Do not be mistaken that the Trojans are national championship contenders this season, they are not. However, this is a breath of fresh air to a proud program that, when competitive, is good for college football.

Sit back with some popcorn and watch Caleb Williams run the show.

Next Game: at Stanford