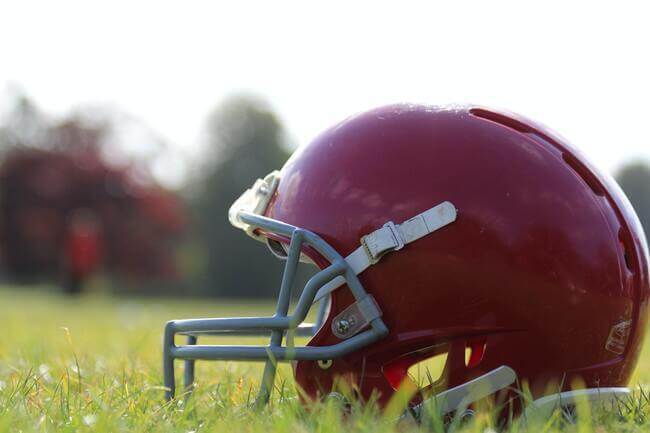 It’s never too early to start looking at CFB Heisman odds, especially not after week 1 of college football. Week 1 was a tough week for the Pac 12. We saw Oregon get absolutely demolished by Georgia, and a #7 Utah team go on the road and get beat by an unranked Florida. These results probably knocked two of the Pac-12’s top teams out of the college football playoff race. The conference is fortunate enough to have itself a contender still after we saw Caleb Williams’ impressive debut with USC.

The Heisman odds didn’t feature any major shifts. CJ Stroud and Bryce Young are still one and two, respectively. Caleb Williams now finds himself in sole position of the third best odds. Looking further down the list, Quinn Ewers will have a chance to do himself massive favors in this race, as his team is set to take on Alabama on Saturday. Ohio State wide receiver Jaxon Smith-Njigba was a sleeper to win this award. Smith-Njigba put up a dud in the stat sheet vs Notre Dame and also suffered a hamstring injury that is expected to sideline him for 1-2 weeks. His CFB Heisman odds now sit at +25000 on FanDuel.

We’re not going to be taking a look at either of the top two guys in this race. Instead, we’re going to focus on some other big names that are worth wagering money on right now.

Caleb Williams’ first start with the Trojans was a great one. In three quarters, he completed 19 of 22 passes for 249 yards and 2 touchdowns in their blowout victory over Rice. He was also an effective runner, finishing with 6 carries for 68 yards. Williams followed his head coach, Lincoln Riley, from Oklahoma to USC over the off-season. Each of these guys will be attempting to bring the USC football program back to their dominant state of the early 2000s. Fans of the Trojans haven’t had this much to be excited about in a long time.

USC made a major move in this week’s AP Top 25 Poll. They climbed all the way to number 10. It’s their first time in the top 10 since the 2017 season. That was the year they had Sam Darnold at QB. Still, Williams seems to bring more firepower than Darnold. Williams took the college football world by storm last year when he took over for the Sooners in the Red River Rivalry and led his team on a thrilling 21-point comeback victory.

With USC establishing themselves as the favorite in the Pac 12, betting on their dynamic quarterback to win the Heisman Trophy is a good idea. If his team is able to win out, Williams is a sure bet to be among the finalists in New York.

After beginning his career as a walk-on at Georgia, Stetson Bennett is now among one of the most successful quarterbacks in division one football. Bennett is coming off a national championship victory over Alabama, and the team seems determined to run it back this year. Bennett wasn’t one of the featured players on last year’s championship team. He took over midway through the season, but the defense claimed most of the fame during their championship run. After the Bulldogs lost fifteen guys to the draft, Bennett is now the guy.

Bennett looked great in his team’s week one demolition of Oregon. The quarterback went 25-31, with 368 yards and two touchdowns. He also added a rushing touchdown. Bennett showed composure all game, as he picked apart the Ducks defense in the three quarters he played.

Georgia looks like they’re going to be dominant once again. They’re also playing in the SEC East, giving them much better chances to win out than the west division would. If Bennett can keep showing us what he did in week 1, his name will certainly be in the mix for the Heisman Trophy Award.

Stetson Bennett and the Georgia Bulldogs will now prepare to face Samford this Saturday. Samford, an FCS opponent, won’t be much competition for Georgia. Bennett won’t be able to make a Heisman statement in this one, but keep an eye on him moving forward.

Quinn Ewers is the guy best positioned this week to make a move in the Heisman race. His team will be taking on Alabama. Ewers is a highly touted freshman quarterback that transferred from Ohio State. The Texas native made headlines in high school when he chose to forgo his senior season to join Ohio State. A reason which he claimed was partly due to the Texas association that governed high school sports refusing to let him benefit off of name, image, and likeness (NIL) opportunities.

Ewers was named the starter at Texas a couple of weeks before week 1. He was solid in his debut versus Louisiana Monroe. He completed 16 of 24 passes, to go with 224 yards, 2 touchdowns, and 1 interception, in his team’s 52-10 win. It’s safe to say week two’s matchup is going to be a much tougher test. He’ll be going up against the defending Heisman Trophy winner, Bryce Young (+300). He’ll also have the best linebacker in the country coming after him. Will Anderson has the best CFB Heisman odds among defensive players (+3000).

If Texas is going to beat Alabama on Saturday, they’re going to need a big performance out of Ewers. A Texas win would not only mean that Texas football is back, but Ewers would also become a Heisman favorite. If you’re going to place this bet, it’s best to do it now. We’re all going to be tuning in to see if he can pull it off.

Here’s a list of the current Heisman odds for 2022: