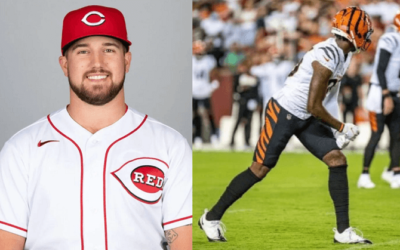 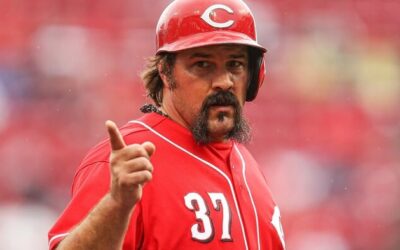 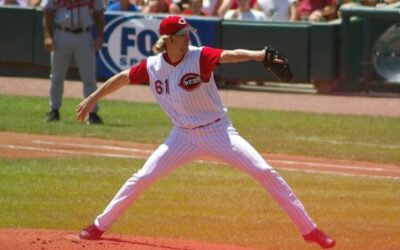 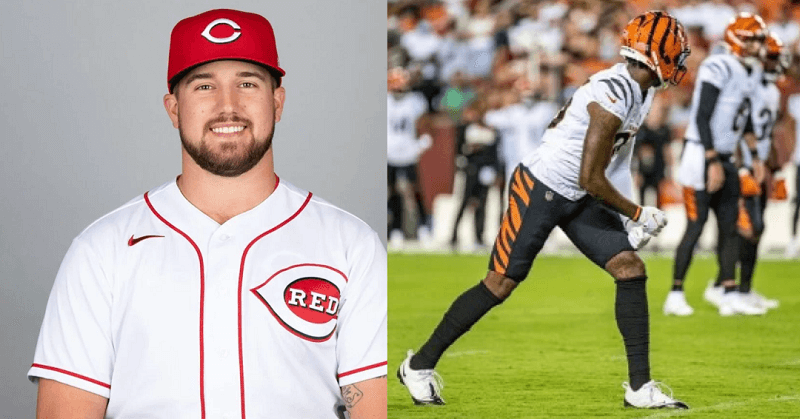 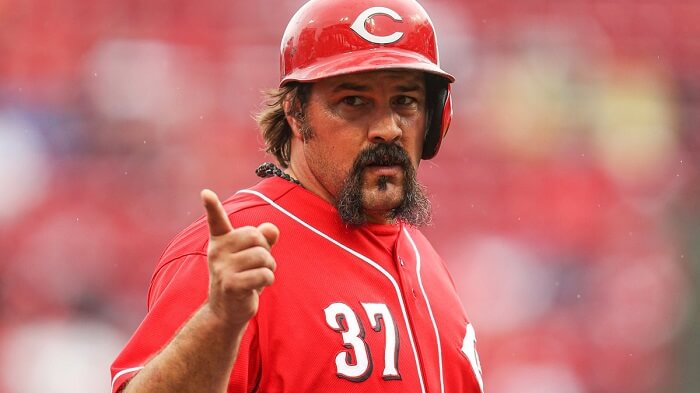 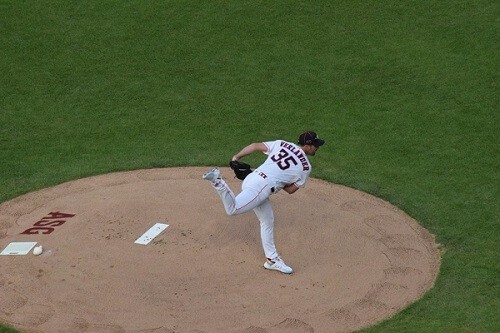 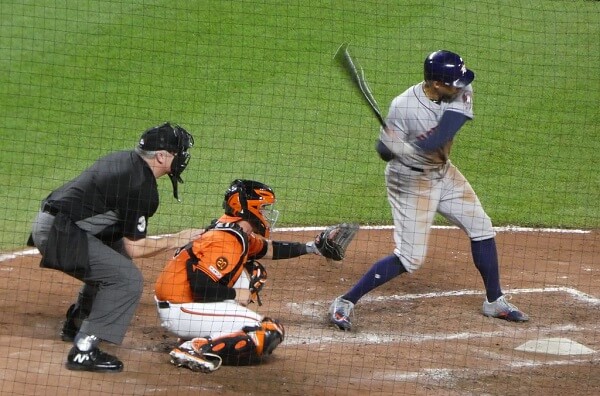 How To Bet Baseball

MLB Positions by Number and 2022 Odds

Have you ever looked at a baseball score card and wondered what all the numbers meant? I’m sure you’ve heard an announcer talk about a 6-4-3 double play. They are actually referring to baseball positions by number instead of by the players name. On a score card, it’s much easier for the scorer to write in the designated numbers, especially when there can be several substitutions over the course of the game.

We’ve broken down the baseball positions by number, listed our top 3 players at each spot, and given you the odds for MVP/CY Young.

The pitcher sets the tone on the defensive side of the game. Their job is to make it as deep into the game as possible. By definition, a quality start is 6 innings pitched and giving up 3 or less runs. In today’s game, where pitchers are given rather short leashes, anything over 7 innings and 3 or less runs is a great outing.

Also known as the backstop, the catcher is arguably the toughest position to play on the field. They are usually in charge of calling pitches and relaying them to the pitcher. In addition, they will alert the infield on where to play depending on the situation.

First base is one of two corner positions in the infielder. Not only are they responsible for fielding ground balls like any other infield position, they also are in charge of catching throws from other players for the force out at first base. They sport a special glove that assist in ‘digging’ balls that are thrown low and skip before reaching the glove.

Position in between the shortstop and first basemen, the second basemen is the slightly less talented of the middle infielders. Not putting them down by stating they’re less talented than a shortstop, but they generally have just a little less range.

This position is the most important of all infielders, minus catcher. They are responsible for fielding the most batted balls of any other position. It requires the most range (meaning covering the most ground) out of all positions and the arm strength of a third basemen.

Left field is the first position by number in the outfield, and 10-15 years ago, they were the ‘second best’ outfielder, but now, they are the least athletic. They can be found behind the third baseman and shortstop and typically put up great offensive numbers but are the biggest defensive liabilities.

The premier position in the outfield, they are typically the best defenders. They cover the most ground between the 3 players in the outfield and are known for their acrobatic diving plays.

The last corner outfielder of them all, the right fielder is one who is a bit better on defense than LF, but not as good with the glove as the outfielder. They are the second most important outfield position and usually have the strongest arm out of all 3.

Not included in position by number are designated hitters. They are typically defensive liabilities or injury prone and only hit. This is especially an important position since the designated hitter is now a universal pitcher in the American and National leagues. 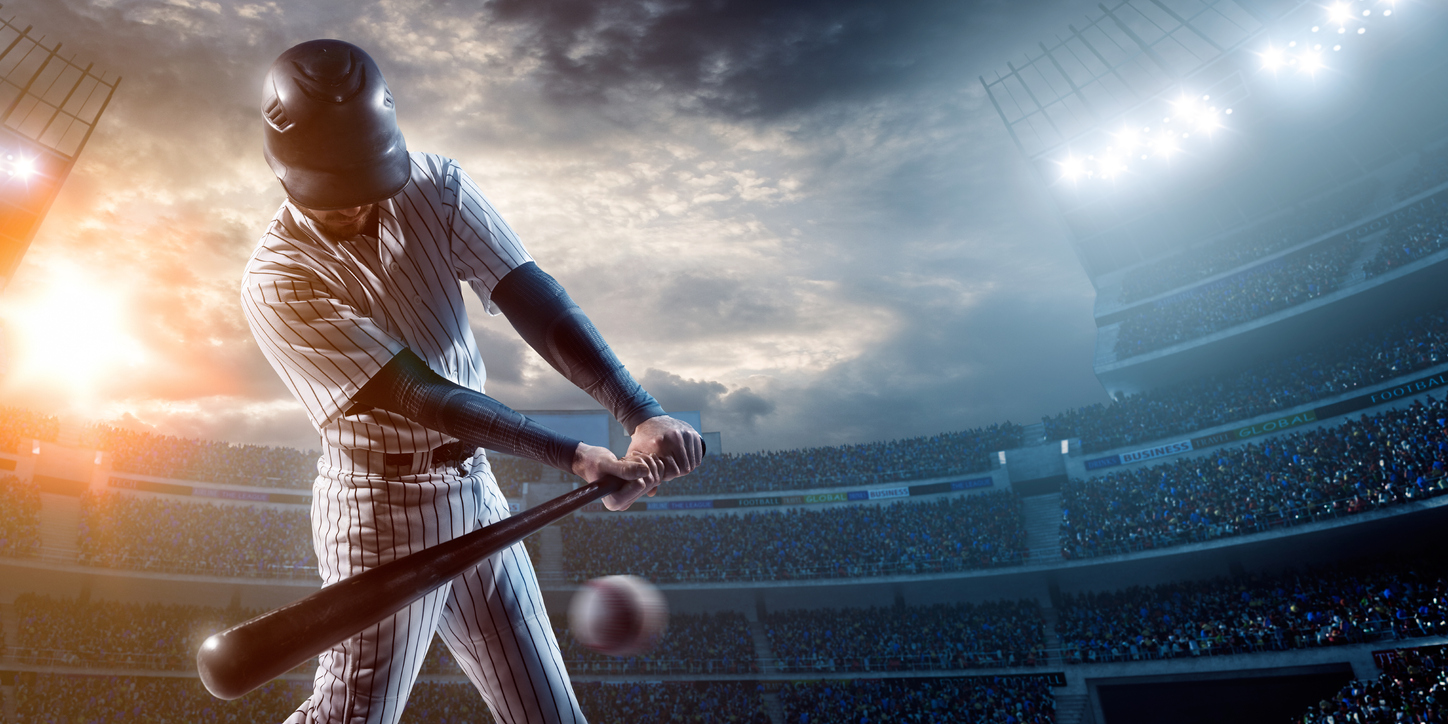 How is Baseball Scored?

Anyone who has been to an MLB baseball game may have noticed after every play the scoreboard will say something like “score that play…” and then give a series of numbers and/or letters. You rarely see fans carrying around large scoring cards anymore but for some, they may be wondering still how does scoring work in baseball.

On the field defensively, there are always 9 players. Each player gets a number assigned to them based on position (and original position if there is some sort of shift for certain hitters). They are assigned as below:

A hitter making a single out can either strikeout, line out, groundout, or fly out. When a batter strikes out that is marked with the letter “K”; if he strikes out looks usually the “K” is written backwards. A lineout is sometimes maker with an “L” then the position, so a hitter who hits a line drive caught by the first baseman would be scored “L3”. Similarly, a flyout in the outfield can be marked with an “F” where “F9” would be a flyout to the right fielder. Groundouts are noted with just the numbers of who made the play, so a groundout where the shortstop threw the batter out at first would be “63”.

There can be some other defensive plays, such as double plays, errors, or a fielder’s choice. In a double play, scoring usually uses the numbers in a similar fashion to a ground out. For example, a grounder to the shortstop who flips the ball to second base where the second baseman throws to first would be a 643 double play (sometimes the scoring will say “DP” other times it is just noted at “643”). An error is noted with an “E” before the fielder who made the error, such as “E6” or “E3”. A fielder’s choice, when the hitter does not get thrown out at first base but another baserunner does get thrown out, is usually noted with “FC”. This still does not count as a hit for the batter because the scoring shows that if there was no one on base the hitter would likely have been thrown out. This somewhat normalizes all averages across the league, although something like a baserunning mistake could take a hit away from a teammate.

If the Batter Gets on Base

There are lots of other scoring possibilities when an out is not made. The basic ones are hits, where a hitter can hit a single “1B”, a double “2B”, a triple “3B” or a homerun “HR”. Occasionally with a hit the scorer also draws a line on the diamond given on a score sheet for where the hit went, but that is not given in most stadiums when us fans see the scoring billboard. A batter can also reach without a hit on an error, which was shown above, or on a walk. If the walk was due to 4 balls being pitched, it is marked “BB” (base on balls), if the walk is intentional it is noted “IBB”, and if the batter gets hit by a pitch the scoring would be “HBP”. Finally, fans will notice when they look at a score sheet sometimes the diamond is colored in partially or fully. A scorer using a score sheet will also denote how far that player reached in the inning after getting on base by shading in the lines on the diamond or coloring in the whole diamond, which would mean he scored a run.

There are of course other plays you may not see every game that will flash on the scoring sign at the stadium. If a runner steals a base successfully that is marked “SB” and if he is thrown out “CS” for “caught stealing”. If a pitcher balks with runners on base, they move up one base because of it and the score sheet would note that with a “B”. There can also be a pitch that gets by the catcher, and thus the runners move up because of it but they do not get credit for a steal. If the pitch is deemed wildly thrown by the pitcher it is a wild pitch “WP” and if the catcher should have caught it, but didn’t, it is a pass ball “PB”. Finally, there can occasionally be interference, when a runner collides with a defensive player, or the ball in play, which throws off the play. This is noted with an “I” and the runner is automatically out, or “DI” if a defensive player not involved in the play collides, making the runner automatically safe at the next base.