The Bengals Soon to be Star: Tee Higgins 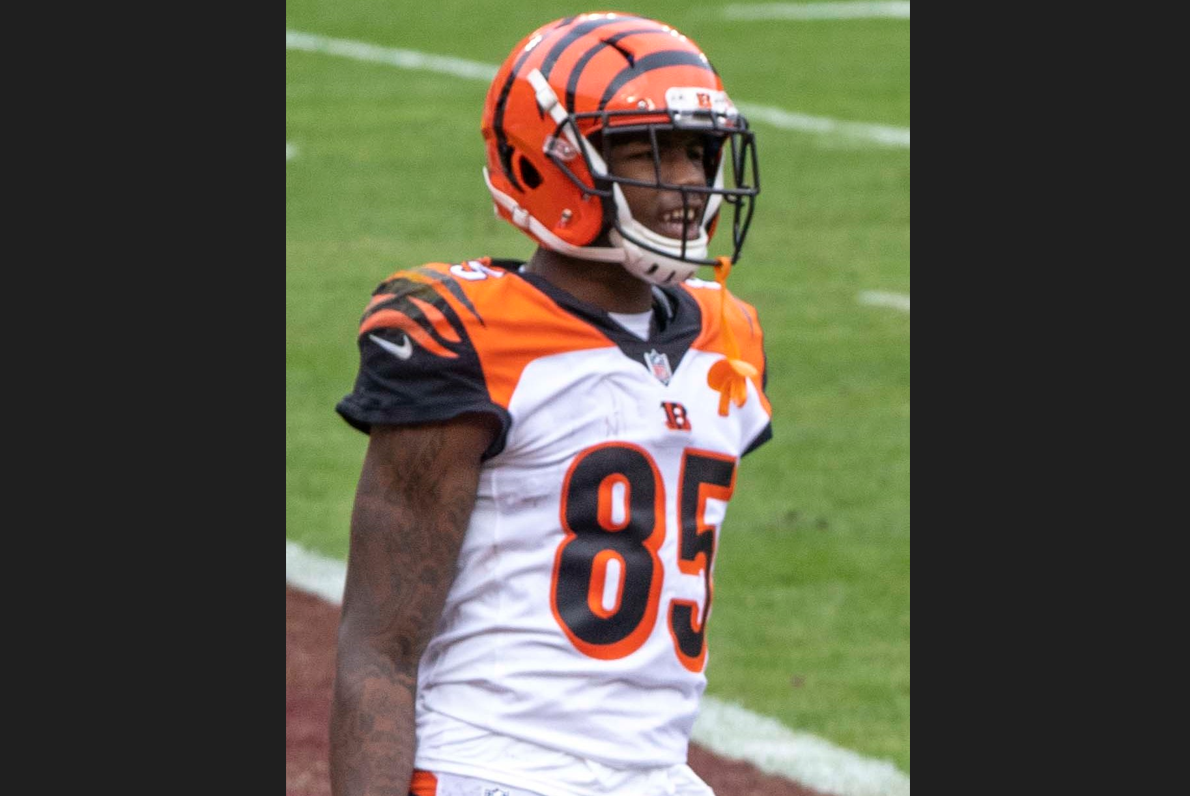 Ja’Marr Chase has earned his headlines, but his partner Tee Higgins is still owed his.

You could see the flashes in his rookie season, and if it weren’t for Joe Burrow’s knee injury, he certainly would have cracked the 1,000-yard mark.

Higgins followed up his rookie season with even more impressive numbers. In 2021, Tee had 1,091 yards and back-to-back 100-yard games in the AFC Championship and Super Bowl. One of the best highlight reel moments was a slight of hand trick on par with the finest ninjas. He pulled this on Rams DB Jalen Ramsey for the biggest play of Super Bowl 56, an epic 85-yard touchdown.

Tee’s highlight of the season was hitting the high point over two Raven defenders. He caught a Joey B bomb with the grace of Lynn Swann and the hops of Randy Moss. Keep in mind that Higgins managed all of this with a torn labrum.

Higgins won the hearts of Fantasy Football owners who were smart enough to draft him. Higgins biggest game of the season came in the title games of most leagues with an astounding stat line of 12 REC for 194 yards and 2 TDs.

If you want a little high-risk high-reward betting action, Higgins is +3500 to lead the league in wide receiver yards. It’s a long shot, because of the weapons they have but he is physically capable of doing it.

In NFL history Higgins ranks #11 on the list of most yards by a wide receiver under the age of 23.

The guy has barely scratched the surface of what is to come, and I fully expect a long-term deal to be worked out before the start of the 2023 season. He’s just too good to let go and is fitting in perfectly with the growing list of legendary Bengal wide receivers. Watching the 2020 BCS Championship game, an NFL team would have been happy to get even one of the stars. The Bengals ended up with three, and three more who still have a chance to contribute (Thaddeus Moss, Jackson Carman and Tyler Shelvin). It would be like hoping you could hook up with Beyonce, but end up with all 3 members of Destiny’s Child. Soon the rest of the NFL will have to “Say Their Name”.