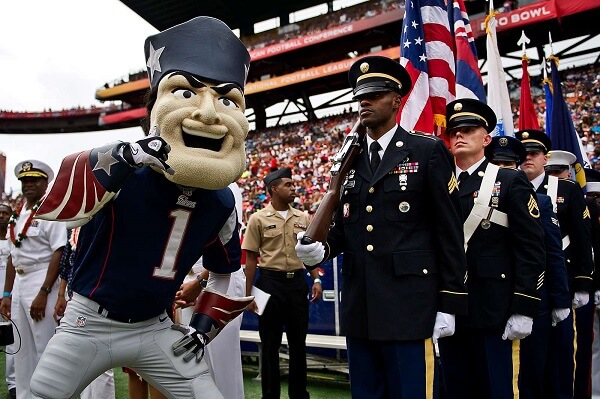 The New England Patriots will travel to Cleveland to take on the Browns in Week 6 of the NFL season. It’s an important contest for both clubs as they come in with an equal record of 2-3. Both teams are looking to be an even .500 after six weeks. Check out this Patriots week 6 preview and betting picks.

Whether Mac Jones will suit up on Sunday is still up in the air. However, it’s becoming increasingly likely that Bailey Zappe will get his second straight start in Cleveland. Expect a closely contested matchup from two teams that rely heavily on the running game. The one that does the best job shutting down the run will likely come out on top on Sunday.

The Cleveland Browns are coming off a crushing defeat to the Los Angeles Chargers, where they lost 30-28. Following some brutal losses this season the Browns will try and right the ship before the return of quarterback Deshaun Watson.

The Patriots are coming off a dominant shutout win against Jared Goff and the Detroit Lions. The defense did their job on every level as they held the Lions quarterback to just a 54% completion percentage. However, this was a total team effort, as the offense controlled the clock, and Rhamondre Steveson showed why he’s a force to be reckoned with.

The game on Sunday will be televised nationally on CBS, with kickoff set for 1:00 pm ET. Kevin Harlen, Trent Green, and sideline reporter Melanie Collins will be on the call. You can listen to the game locally on 98.5, The Sports Hub in Boston.

Rhamondre Stevenson: With Damien Harris on the shelf and Mac Jones potentially sidelined again on Sunday, this is Stevensons’ time to shine. He’s been a force through the first five weeks of the season and will finally get the opportunity to get the bulk of the carries Sunday. A must-start in any league against the Cleveland Browns.

Nick Chubb: Chubb has been an absolute workhorse this season, averaging an incredible 6.1 yards per attempt. Even with Bill Belichick making an extra effort to stop the run, expect Chubb to still put up RB1 numbers.

Nick Folk: The former Jets kicker has been automatic since joining the Patriots, making 63 straight kicks inside 50 yards. With an offense that has struggled in the Red Zone this season, expect his fair share of field goal attempts.

Patriots’ Defense: Despite coming off a shutout win over the Lions; the Browns have a formidable offense that can rack up points. Led by running back Nick Chubb, don’t expect lightning to strike twice for New England.

Nelson Agholor: Agholor has struggled over the past few weeks to become a reliable target in the Patriot’s offense. Last Sunday, he dropped a catchable pass that led to Bailey Zappe’s first career interception and continued to show inconsistency.

Given the prediction and the predicted game flow, the best bets in this game are the over and the moneyline. The Patriots are underdogs heading into Cleveland, so we get the ML offered at plus money. The ML is much better value at plus money than taking the points. Especially because it allows the game to be closer and still cashing the ticket.