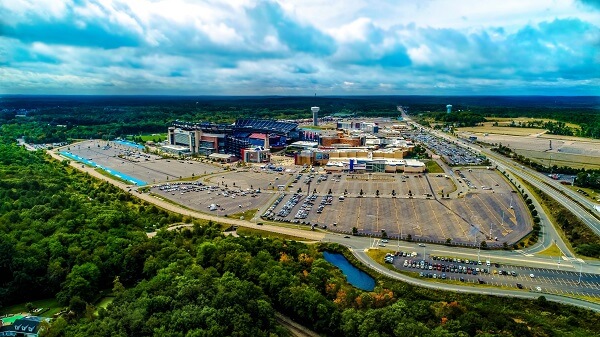 The New England Patriots play their second consecutive game against the AFC North this week in their home opener against the Baltimore Ravens. This is the first time these AFC rivals have met since 2020. The last game was won by the Pats 23-17 on a rainy Sunday night. I expect a similar score in what will be a closely contested battle in this Patriots vs Ravens Week 3 matchup.

The Ravens are coming off a shocking loss to the Miami Dolphins in week two. The Raven’s defense was shredded by Tyreek Hill and Jaylen Waddle resulting in a late Miami win. Lamar Jackson had a spectacular game, but it wasn’t enough to get the Ravens to 2-0 on the season. They look to spoil the Patriots home opener and get back on the right track with a win on Sunday.

Week 2 went as expected for the Patriots, a low-scoring, close win where the defense forced key turnovers from Trubisky. The offense looked better and made clear progress from their defeat in Miami the week before. I expect more of a balanced offensive attack against the Ravens this week.

The game on Sunday will be televised nationally on FOX, with kickoff set for 1:00 pm ET. Joe Davis, Daryl Johnson, and Pam Oliver will be on the call. You can listen to the game locally on 98.5, The Sports Hub in Boston.

Rhamondre Stevenson: This could be the week we see a breakout game from Stevenson. He’s looked good running the football this season, and his workload has increased week over week. I’m giving him the start in my league on Sunday.

Nelson Agholor: We saw the Ravens get exposed last week by the speed of Hill & Waddle. We’ll see more shots down the field from quarterback Mac Jones, and Agholor’s combination of size and speed makes him a serious threat. On a side note, Mac Jones could be a solid flex option as he tries to keep up with Baltimore’s high-powered offense. This is if quarterbacks are allowed in your flex positions.

Lamar Jackson:  Expect an excellent performance from Jackson this week, but maybe not to the levels of his week two performance. Either way he is still definitely worth a start in your league. He is deadly because he possesses the ability to score both running and passing the ball.

Patriots’ Defense: When you’re facing an MVP candidate playing for a contract extension, it’s a good idea to err on the side of caution here. The floor is much lower than the ceiling is high.

Kenyan Drake: With the return of JK Dobbins, expect a decrease in workload for Drake. Ultimately, I would avoid all the Ravens running backs against the Patriots front this week.

Rashod Bateman: Even after his success from last week, I don’t like this matchup on Sunday for Bateman. The Patriot’s secondary has been very stingy and doesn’t yield many points to opposing receivers. I don’t expect many big plays from the Ravens receivers when it’s all said and done. I’d sit Bateman.

I think the Patriots will be able to contain Lamar just enough to stay in the game late. However, it will ultimately come down to a game-winning Justin Tucker field goal to win by 3. I’m 5-1 on the season with my picks, but there’s no one bet I feel truly confident in this one. This will be a thrilling game that could go either way.