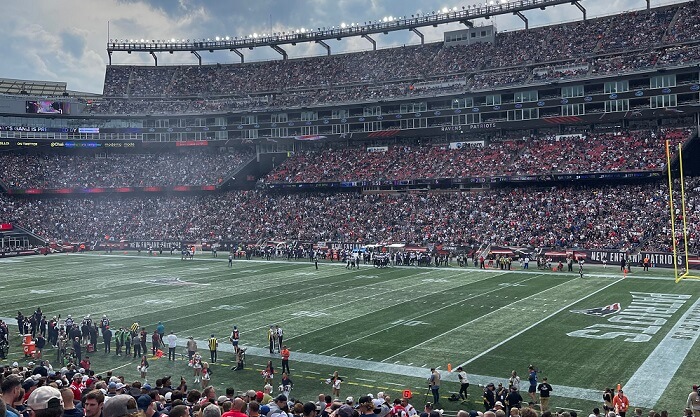 The Dolphins and Patriots will face off at Gillette Stadium on Sunday for their second matchup of the season. The Dolphins won the first meeting, 20-7 back in week 1. Miami will once again be without their star quarterback Tua Tagovailoa, as he has been ruled out due to a concussion. The Patriots find themselves in a better position as they will likely face Teddy Bridgewater. Regardless, this is a must-win game for New England since their playoff hopes hang in the balance. Let’s dive into this Dolphins at Patriots preview and betting picks.

The Dolphins threw away their opportunity to help secure their spot in the playoffs when they lost on Christmas Day. The Packers were able to come away with a 26-20 victory. However, possibly the worst news came after the game when it was reported that quarterback Tua Tagovailoa had sustained another concussion. The star quarterback has been ruled out, which is the best decision since this is his 2nd head injury of the 2022 season.

Mac Jones and the Patriots looked to be in a prime position to pull off an improbable win against the defending AFC Champion Bengals. However, what appeared to be a touchdown drive with only two minutes remaining was dispelled when Rhamondre Stevenson had the ball ripped away at the goal line. It was another soul-crushing defeat for New England, and not the Christmas present Patriots fans were hoping for.

The game on Sunday will be broadcast on CBS, with game time set for 1:05 PM ET. Ian Eagle, Charles Davis, and sideline reporter Evan Washburn will be on the call. You can listen to the game locally on 98.5, The Sports Hub in Boston.

Jakobi Meyers: After having success through the air in the second half of last week’s game, the Patriots will be more inclined to air it out Sunday afternoon. He’s a great under-the-radar option if you’re in a PPR league and need someone to start in your finals matchup.

Tyreek Hill: Regardless of who plays at quarterback, Hill will be a focal point in this Miami offense on Sunday. Expect Mike McDaniel to get the ball in Hill’s hands as much as possible and let the cheetah make plays.

Mac Jones: Jones played okay on Sunday, throwing for 240 yards and two touchdowns. However, his results have been too up and down this season to risk giving him a start in your fantasy football finals. The ceiling isn’t high enough to justify the low floor.

Miami Running Backs: Steer clear from Jeff Wilson, Jr. and Raheem Mostert, regardless of who starts at quarterback for Miami. The Dolphins rushing attack has been poor throughout the season, and New England allows the second-fewest points to fantasy running backs in the league.

Tua Tagovailoa has been officially ruled out with his 2nd concussion and head injury of 2022. In general, it’s unlikely that he suits up again this year but he definitely will not for this game. The Patriots are coming off a few tough losses but they are a better team than what they have shown lately. The Patriots will find a way to win in their last home game of the season.

From a betting perspective, the Patriots will win outright and cover. The weather won’t be much of a factor as it will be a nice 50 degree day in Foxboro. However, the defense and lack of offense of the Pats will keep it under the 42.5 point total as well.