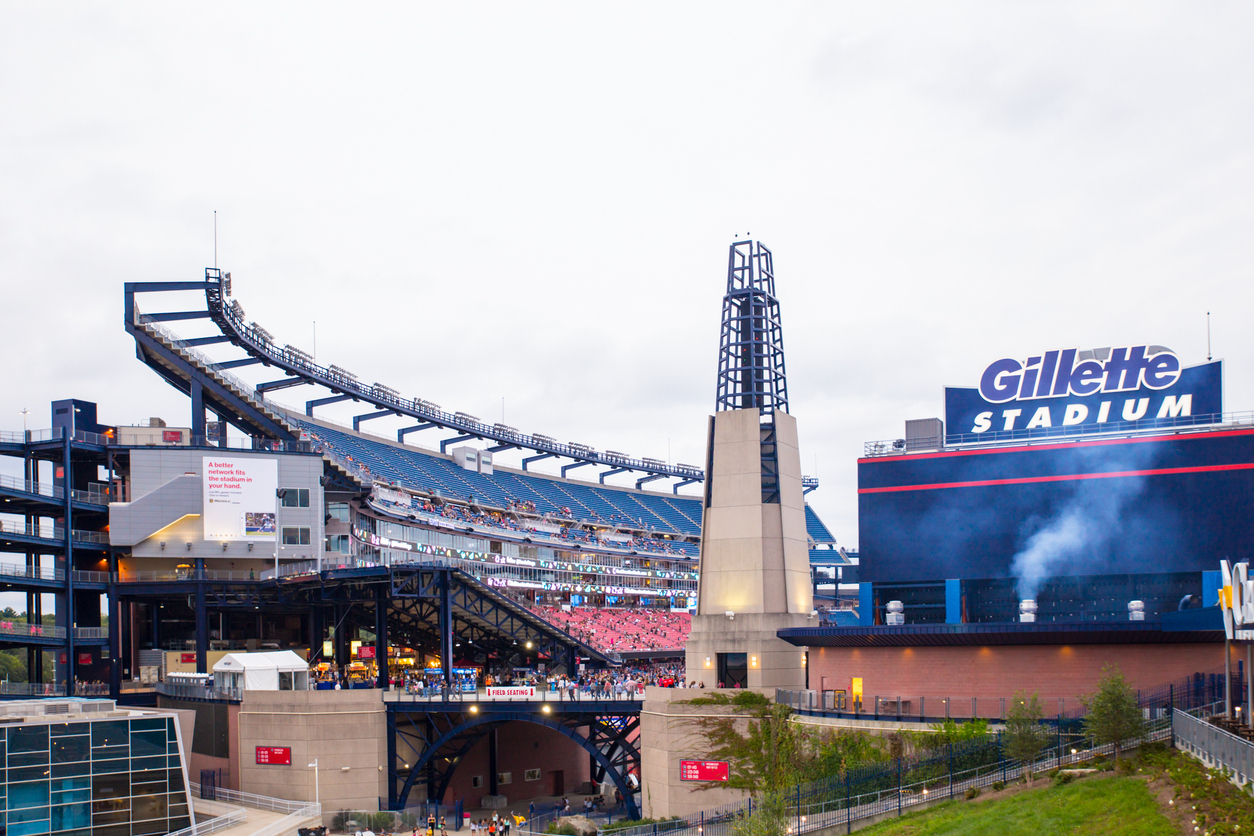 After a disappointing ending to the 2021 season at the hands of the Buffalo Bills, the New England Patriots are looking to bounce back in 2022. There are several storylines to look at this season in all aspects of the game. Starting with how the Patriots will hold up without key departures in JC Jackson, Kyle Van Noy, and Shaq Mason. Will Mac Jones build off his rookie campaign and avoid a sophomore slump? How will the offensive line fair with key departures? Will first-rounder Cole Strange be worth the reach?

The fact is this isn’t the Tom Brady Patriots that you can assume are good for 12 wins a year. Some things will have to break their way to be a true contender in the AFC this season. There’s a team up in Buffalo that’s locked and loaded for a deep playoff run with Superstar Josh Allen.

The Patriot’s offense had its ups and downs last season but still managed to rank 6th in points with rookie QB Mac Jones. However, with the addition of Davante Parker, and speedster Tyquan Thornton, they look to take another leap forward. It also helps the offense will have another year of familiarity for Jones and a full off-season without QB controversy.

It’s worth noting that the Patriots will be without longtime offensive coordinator Josh McDaniels this season. In the offseason, he accepted a coaching position with the Las Vegas Raiders, so New England’s offensive play-caller is still up in the air.

One thing that impressed me over the offseason was how much Jones trimmed down. You could tell he’s putting in the work and learning what it takes to be great at the next level. If Jones can take a leap forward this season, the offense should remain in the league’s top half.

The Patriots still have a great stable of running backs in Damien Harris, Rhomandre Stevenson, rookie Pierre Strong, and others. But for me, the 2022 season is all about seeing the progression from #10.

The New England Patriots lost some key pieces on defense this offseason, including corner J.C. Jackson and linebacker Kyle Van Noy to the LA Chargers. The loss of these two players will significantly impact the team’s defense in 2022 from a talent and leadership standpoint.

To replace corner JC Jackson, the Patriots added Malcolm Butler, best known for his heroics in Super Bowl 49. Given Butler’s age, it’s hard to expect too much from the veteran. They will need a leap forward from players such as Jonathan Jones, Joejuan Williams, and Justin Bethel. There has also been quite a bit of buzz around 3rd round pick Marcus Jones. As we go into Training Camp and Pre-Season, this will be something to watch closely.

On the defensive line, I’m most interested to see what we get from rising star Christian Barmore. Barmore impressed last year by becoming a force up front and clogging up the running lanes. Others such as Carl Davis, Davon Godchaux, Lawrence Guy, and Deatrich Wise give the Patriots some versatility up front. You just have to hope for players to grow within the system and further player development for improvement.

The group I’m most excited about is the linebackers, given their youth and athletism. Superstar Matthew Judon looks to lead a group of Ja’Whaun Bentley, Raekwon McMillan, Mack Wilson, Josh Uche, and others. We all know Judon will rush the passer, but we need to see more playmakers emerge from this group.

The Pat’s get back their full special team’s unit in ace Matthew Slater, kicker Nick Folk, and punter Jake Bailey. Given this group’s veteran leadership and experience, it’s one of the strong spots on the Patriots roster. If Nick Folk can maintain his high level of play and consistency, there shouldn’t be much to worry about.

I’m looking for a leap forward from quarterback Mac Jones as he looks to build off a solid rookie campaign. Given the difficulty of the AFC and having a loaded Buffalo Bills team in the division, it could be an uphill battle for the Patriots. Still, I think the Patriots can compete in 2022 even with the obstacles they will face. They have Bill Belichick, leadership, and even with the subtractions in the offseason, still have a good amount of talent.