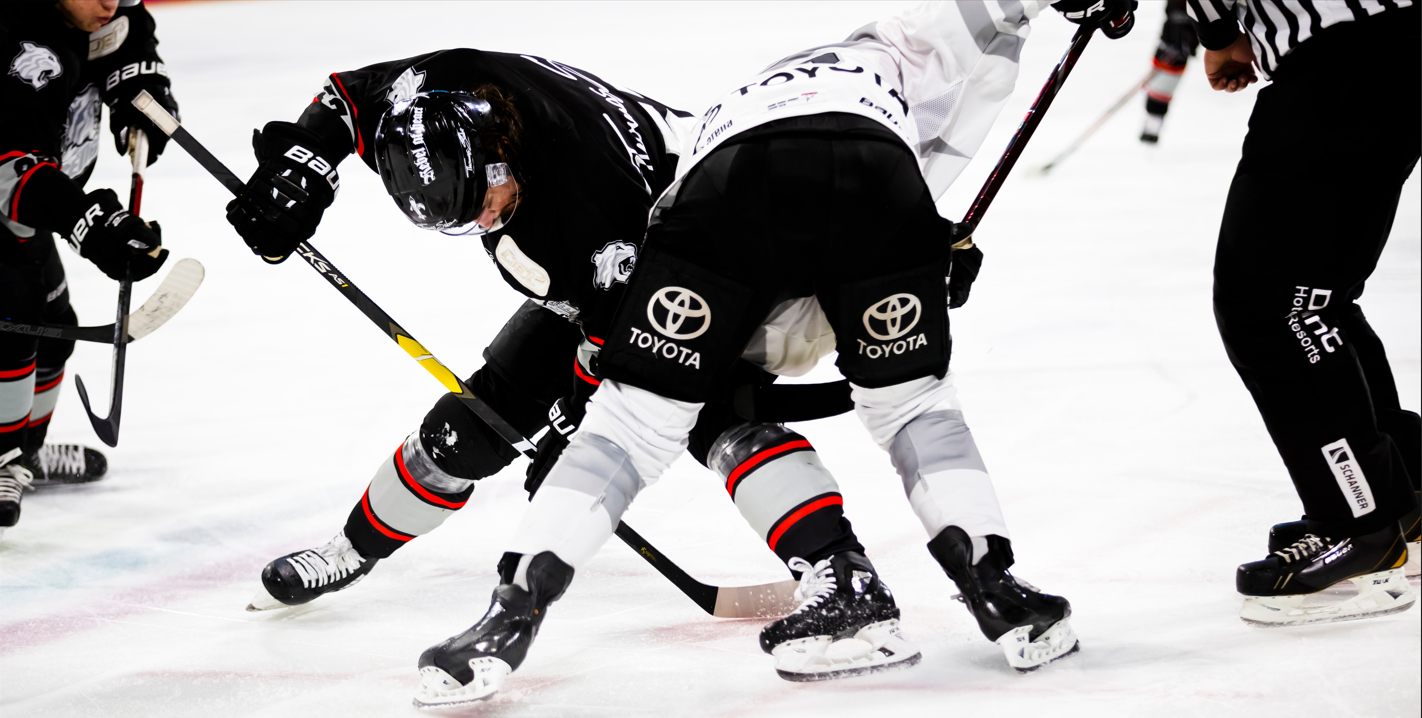 For all the East Coasters with a bedtime before 10:00pm, the Pacific Division is almost non-existent. Don’t worry. Aside from the Battle of Alberta, this division was not very interesting last year. Interestingly enough, the biggest offseason moves came from the Pacific Division winning Calgary Flames and the bottom feeders, the Seattle Kraken. It will be fun to watch the Pacific Division unfold this year as some new teams take major leaps in the standings. Expect several late nights this upcoming season because you won’t want to miss the battles in the Pacific.

The entire Calgary front office should be thrown in a Canadian prison after their recent trade with the Florida Panthers. This trade saw a 100+ point scorer in Matthew Tkachuck head down to the Sunshine State. In exchange The Flames received superstar Jonathan Huberdeau, MacKenzie Weegar, prospect Cole Schwindt, a conditional 4th round pick and a 1st round pick in 2025. What were the Panthers thinking? Maybe if this trade was straight up Huberdeau for Tkachuck, it would have made sense. Calgary needed a move like this after seeing Johnny Gaudreau enter free agency and head to Columbus. To be honest, this move is concerning. After a year that saw Calgary win the Pacific, their two main superstars wanted out. Even though Calgary got a haul in return for Tkachuck, expect to see them fall from the top 3 this year.

This Pacific Division is young and fast and only getting better.

Some would say the Edmonton Oilers overachieved this past year. Edmonton made it all the way to Western Conference Finals for the first time since 2006. Unfortunately, they ran into an absolute powerhouse in the eventual Stanley Cup Champion, the Colorado Avalanche. This is all the motivation superstars Connor McDavid and Leon Draisaitl needed to take this team to the next level. Both of these generational talents were 1 and 2 in playoff scoring. Their unsung playoff sleeper, Evander Kane, just got inked for four more years in Edmonton. Kane, who most people knocked when he was signed to Edmonton mid-year, tallied 13 playoff goals. Playing alongside McDavid or not, that was impressive. We can expect it to revive his career and he’ll make a huge impact in the 2022-2023 campaign. The Oilers also went out and signed goaltender Jack Campbell from Toronto.

This is Edmonton’s year to run the West. Connor McDavid will win the Hart Trophy this year and the Edmonton Oilers will be representing the Western Conference in the 2023 Stanley Cup Final.

Let’s start off the Kings’ write-up by congratulating Dustin Brown on a heck of a career. A career that saw him bring two Stanley Cups to Los Angeles, Brown will be severely missed. The 2022 season saw the Kings get knocked out by the Oilers in the first round of the playoffs. Most were surprised to see the Kings take this series to 7. For the LA faithful, this should provide a lot of hope moving forward.

The best off-season move from this team was trading for left wing, Kevin Fiala. Fiala is coming off a year in which he scored 85 points in 82 games. He is young and you can fully expect him to provide an immediate spark to this offense. Adding Fiala to an offense that already has Anze Kopitar, Adrian Kempe, and Phillip Danault is lethal. Expect to see the Kings in the postseason again next year.

Unfortunately for Vegas, most NHL fans were ecstatic that this team missed the postseason in 2022. Since their inaugural season, the Golden Knights have made the playoffs every year, until now. This offseason saw the Knights lose Max Pacioretty and Reilly Smith. This will definitely be a shock to their system on offense. They also hired Bruins Head Coach, Bruce Cassidy. In addition, they picked up former #2 overall pick in Jack Eichel during the 2021-2022 season. However, Vegas has some serious salary cap issues, an aging team, and were severely injury ridden last season.

Even with the new blood, look for Vegas to take a dive even lower in the standings this season.

For a 5th place finish last season, Vancouver didn’t have a bad year. They had 40 wins, 92 points, and were only 7 points out of a playoff position. This team has tons of young talent between Brock Boeser, JT Miller, Elias Petterson, Quinn Hughes, and Captain Bo Horvat. The list goes on. Vancouver has had a fairly quiet offseason in terms of big moves. Vancouver’s young talent will carry them far and expect this team to be competing for that third division spot. This division is wide open aside from the Edmonton Oilers being at the top. It will be exciting to see this team with another year of experience under their belts.

Expect to see them duking it out all season with the rest of the Pacific Division.

Sorry to say it Sharks’ fans, but the most interesting part of your upcoming season will be February 23rd when you retire Patrick Marleau’s number 12. Well-deserved and congrats to Marleau on what should be a Hall of Fame career. The biggest heartbreak for the Sharks this offseason has to be losing superstar Defenseman Brent Burns. Burns has anchored the Sharks’ blue line since 2011 when he was acquired from the Minnesota Wild. Since then, Burns has scored 40+ points 8 times which is going to leave an enormous hole and big shoes to fill for San Jose.

Simply put, San Jose stinks and expect to see them as the bottom feeders of the Divison this year.

The 2021-2022 season was a less than ideal finish for the Ducks in the Pacific Division. They finished just above the Seattle Kraken. More congratulations are in line here for Ryan Getzlaf. Getzlaf had a tremendous career that saw him bring a Stanley Cup to Anaheim in 2007.

This team’s future is in good hands. The 2021 season saw the emergence of 2nd year player, Trevor Zegras. This kid is good, plain, and simple. He tallied 23 goals and 38 assists last season in 75 games. After another year under his belt and an even bigger role, expect Zegras to hit the 30-goal mark and have 75+ points this upcoming season.

Anaheim added some more speed to this roster through the acquisition of Frank Vatrano. Vatrano isn’t going to give you 30+ goals, but he is a solid addition to this team. The Ducks also went out and bolstered their blue line with Defenseman John Klingberg. This was an excellent acquisition. Klingberg is a solid Defenseman and should expect a lot of ice time with his new club.

After acquiring a new #1 Defenseman and rising young talent, the Ducks will be in Wild Card contention come April.

GM Ron Francis went to work this offseason. Someone needs to give this guy a raise after the offseason he just produced. The Kraken did the exact opposite of the Golden Knights in their inaugural season. They stunk and finished in last place but that will not be the case this year. Hot take for the Western Conference: the Seattle Kraken will make the playoffs in their second season.

Let’s start with the NHL Draft. For some reason, Shane Wright fell to 4th overall. Wright was the perennial favorite to go #1 overall until the days leading up to the draft. Well, if the kid was not motivated before the draft, he sure is now. Good luck. Seattle also went out and signed forwards Ryan Donato, Andre Burakovsky and Oliver Bjorkstrand. The Seattle Kraken are going to be fun to watch this season.

We’re still a few months from the NHL season kicking back up and let’s see what else GM Ron Francis has up his sleeve this offseason. Hockey is here to stay in Seattle.