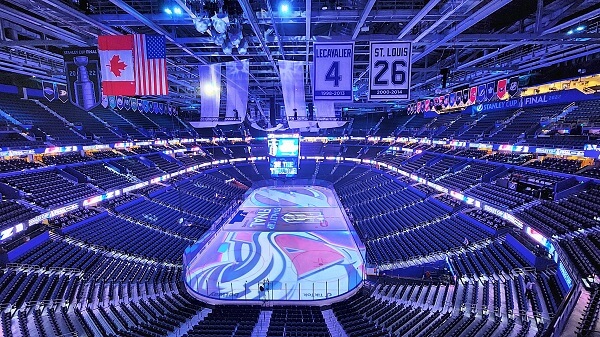 The NHL season is almost here, and it’s time to make some NHL predictions with the NHL futures odds that go with them. We are just days away from the NHL Global Series at the O2 Arena in Prague. This game will feature the Nashville Predators and San Jose Sharks to kick off the season.

Hockey season is upon us, so it’s only right to give you with the best Divisional NHL futures bets.

TheUSGambler will keep you up to date with hockey picks and hockey news all season long – so check back often. Let’s try and put some money in your pocket starting today. Let’s dive into our NHL prediction of the four division winners for the regular season and NHL futures odds.

This is an easy one. Your defending Stanley Cup Champions are still a powerhouse. They did lose forward Nazem Kadri to the Flames, but this team is way too deep to regress after losing one player. Aside from Kadri, the Avalanche had three skaters in the top 20 for overall points in 2021-22. One of those is reigning Norris Trophy winner, Cale Makar. Makar is 23 and is already the best defenseman in the NHL. Expect to see Makar reach the 100-point mark along with teammate Nathan McKinnon.

The biggest area of concern for this team last year was their goaltending. Colorado’s front office went to work this offseason acquiring goaltender Alexandar Georgiev on a 3-year deal. Georgiev started 28 games last season and tallied 15 wins with a 2.92 GAA. Not a stud by any means, but a nice step up from last season. Honestly, with the team he has in front of him, he just needs to be good.

The Avs even made sure to reward both McKinnon and Valeri Nichushkin to huge long-term deals. Colorado kept themselves in a position to not only repeat last year’s success, but to sustain this run for as long as possible. As far as NHL predictions go, this is easy, but bet those Avalanche NHL futures and clean up next year.

There isn’t a hungrier team in the Western Conference than the Edmonton Oilers. To add on, there isn’t a hungrier player in the NHL than Connor McDavid. In 2021, McDavid got Edmonton out of the second round only to fall to the eventual Stanley Cup Champion, the Colorado Avalanche. McDavid is coming off a year that saw him set career highs in goals (44), assists (79) and points (123). He also was a finalist for the Hart Award. McDavid has continued to get better every year since entering the NHL and he still hasn’t reached his ceiling. There is not another player in the league with as much value to his team’s success as Connor McDavid. This team goes as far as McDavid goes. This will be Connor’s year where he takes the Oilers to the Stanley Cup.

Edmonton made a few signings this offseason to help get this team over the hump. They made sure to re-sign playoff hero, Evander Kane and they went out and acquired goaltender Jack Campbell. Edmonton has struggled between the pipes the past few years and they are counting on Campbell to turn this around. It’s going to be a Battle of Alberta for the Pacific Division, but the smart money’s on Edmonton. From a betting perspective, this is as solid as divisional NHL predictions come – and at plus money you should take that bet.

The biggest surprise of the 2022 Stanley Cup Playoffs was the New York Rangers making it all the way to Game 6 of the Eastern Conference Finals. No one expected that run, but looking back now, it makes perfect sense. New York is a speedy, young team with an elite goaltender in reigning Vezina Trophy winner Igor Shesterkin. That is the recipe for success in today’s NHL. Now that these kids have a taste of a playoff run, they’ll be back hungrier than ever.

Shesterkin is already making it known that he is coming for the title of New York’s next elite goaltender. He follows all time New York greats such as Henrik Lungqvist and Mike Richter. Additionally, Igor now has a veteran backup to learn and seek advice from in G Jaroslav Halak.

The biggest move of the Ranger’s offseason is the acquisition of forward Vincent Trocheck from the Carolina Hurricanes. Coming off a year where he lit the lamp 21 times, Trocheck is a solid two-way 2nd center. The sky is the limit for this Rangers team. Speaking for Philadelphia Flyers fans, none of us are looking forward to the next few years.

Screenshot this next sentence. The Toronto Maple Leafs are winning the Atlantic Division and making it to the Eastern Conference Finals in 2022-23. As far as NHL predictions go, the Leafs winning the Atlantic is a lock and great NHL futures bet. The Leafs need to overachieve this year. Between the curse and Auston Matthews on his last contract, it’s now or never in the hearts of Leafs’ fans. This is the year though and it’s perfect that they didn’t make any significant moves this offseason. They have Matthews coming off a historic 60 goal season and Mitch Marner’s best overall season in the NHL. These guys are coming into their own and are only going to get better. Toronto is banking on the talent they already have to take them to the promise land and we’re here for it. You should be too.