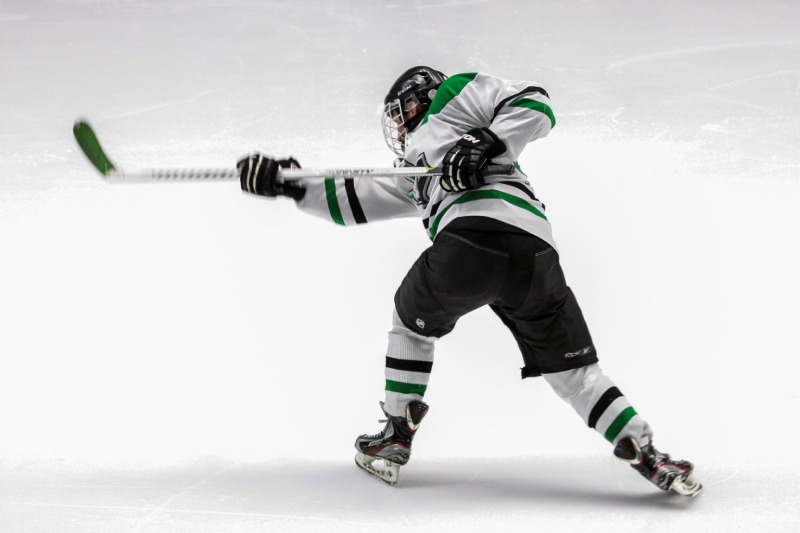 We’ve arrived at The Metro Division. Home of three of the five oldest teams in the NHL.

The Hurricanes won the division last season. However, it was the Cinderella New York Rangers making it to the Eastern Conference Finals that surprised us all. As the Metro gets older and older, it’s time for some new teams to start stepping up.

The Penguins and Capitals decade long runs are coming to an end. Will the Metro suddenly be run by the New York Rangers?

2022 saw the Hurricanes fall short of their ultimate goal once again. They fell to their fellow Metro Division rival, the New York Rangers in seven games in the Eastern Conference Semi-Finals.

Carolina had a strong regular season, finishing #1 in the Metro Division. GM Don Waddell has been busy this offseason adding some veteran leadership. Waddell traded for Max Pacioretty and Brent Burns in hopes of adding a spark to this young Carolina team. Adding former Norris trophy winner in Brent Burns after losing Defenseman Tony DeAngelo was a must for this Carolina squad. Burns brings the veteran leadership that the Hurricanes desperately need on their blue line. They also landed a 33-year-old Max Pacioretty, who is coming off a season that saw him have 37 points in 39 games. This being a young roster, Pacioretty will thrive in this office and better equip Carolina for a deep playoff run.

As a Philadelphia Flyers fans, it pains me to write this, but I must give credit where it’s due. Congratulations to the New York Rangers for making it to the Eastern Conference Finals. Considering the roster this team has, I expect to see them in the same exact position next season. They may be even more equipped to beat any team in the Eastern Conference.

Their biggest offseason acquisition has been Center Vincent Trocheck. Coming off a season where he had 50+ points, Trocheck adds some much-needed depth at center for the Blue Shirts. New York liked what they saw from goalie Louis Domingue because he’s now back-up to Vezina Trophy winner Igor Shesterkin. To be honest, the Rangers didn’t need much after last season. All this team needed was experience and some continuity.

Expect the Rangers to win the Metro this year and land themselves back in the Eastern Conference Finals. Remember this is coming from a Philadelphia Flyers fan.

The Pittsburgh Penguins. Another team I hate, as a Flyers fan, but must give credit to. This team has been especially good since drafting Sidney Crosby in 2005. They have been blessed to have a “big 3” in Crosby, Evgeni Malkin, and Kris Letang.

Pittsburgh has made a few moves this offseason. However, re-signing Letang and Malkin for what will probably be the rest of their careers was #1. Pittsburgh doesn’t have much left in the tank. This is their last year to make some noise with the roster they have. The Penguins have the oldest team in the NHL, just ahead of rival Washington. As we all know, this league is getting younger and faster.

Don’t be so quick to count the Penguins out, but if they don’t do it this year, I don’t expect to see Sidney Crosby raising another cup with a black and gold sweater.

The Washington Capitals is another team with a closing window. Except this year, I don’t have a ton of faith in them.

Washington, behind Pittsburgh, is the 2nd oldest team in the NHL. The most exciting thing in Washington for the next few years will be watching future Hall of Famer, Alex Ovechkin chase down Gretzky’s all-time goal record. Following severe long-term injuries to Tom Wilson, Nicklas Backstrom and Carl Hagelin, the Capitals are coming out wounded and short-handed.

Due to their age and lack of speed up front, I see the Capitals struggling to piece some wins together. Don’t be surprised to see this team left out of the Stanley Cup Playoffs in 2023.

Speaking of oldest teams in the league becoming a trend with the Metro division. The New York Islanders round out the top 5.

The Islanders have not made the playoffs since 2019 and that trend continued in 2021-22. After missing on the Johnny Gaudreau sweepstakes, New York is still looking for an offseason spark to bolster their roster. There are rumors linking Free Agent Nazem Kadri to the Isles, but this could be an expensive move. An expensive move that may be worth exploring. The Islanders have some serious firepower up front with Matthew Barzel and Brock Nelson. They need to make a big splash in free agency to complement these two. Otherwise, Long Islanders are going to be in for another long season as the top of the Metro is loading back up.

Expect the Islanders to have a similar season to last year and miss the playoffs again.

If there was an award for the biggest offseason acquisition, Columbus would win this no question. The Blue Jackets won the Johnny Gaudreau sweepstakes. Gaudreau coming off a 115-point season, was the most sought-after free agent in recent history. He turned down a massive deal in Calgary to instead sign in Columbus. Regardless of their mediocre 2021-22 campaign, Jackets’ fans are ecstatic to have Johnny Hockey in Columbus.

Being one of, if not the best passer in the NHL, expect Patrik Laine’s goal production to increase this year. Laine, coming off a year in which he lit the lamp 26 times, has expressed his excitement to play with an elite passer in Gaudreau. Laine will be a 40-goal scorer this year. Columbus will take jump this year, but I still see them missing the playoffs by 8-10 points.

This team is still two years away from making the playoffs. However, I am very excited to see Gaudreau and Laine play together on a nightly basis. Things will begin to trend up for the Columbus faithful.

The Devils are coming off a 4th straight season that saw them go under .500. They were second to last in the Metro last season in front of only the Philadelphia Flyers.

New Jersey went out and added left wing Ondrej Palat from Tampa Bay. Palat finished with 49 points last season in 77 games and 21 playoff points. Palat has won two of the last three Stanley Cups with the Lightning. He looks to bring this winning aura to New Jersey.

The Devils serve as the youngest team in the NHL. At a time where the league is getting increasingly younger, New Jersey has put themselves in a tremendous spot for the future.  They are another team on the rise, but not quite ready to take it to the next level.

Expect the Devils to place top 5 in the Metro this year. They are still one year out from making it into the Postseason.

If you’re looking for a Stanley Cup Finals Futures bet, then you’ve come to the wrong place.

The Philadelphia Flyers is not it.

The Flyers are coming off an abysmal last place finish that saw long-time Captain Claude Giroux get traded to Florida. The biggest offseason move the Flyers made was acquiring defensemen Tony DeAngelo from Carolina. DeAngelo, who grew up in the Philadelphia area, has been under scrutiny for the past few years due to his antics on and off the ice. However, if he can keep it together, then Philadelphia has themselves a very solid Defenseman, which they desperately need. DeAngelo had 51 points in 64 games for the Hurricanes last season. This will add a much-needed spark to the Flyers’ blue line. Philadelphia also hired head coach John Tortorella. As with everyone in Philadelphia, I am interested to see how this plays out. Following the departure of Giroux, the Flyers don’t have much veteran leadership. The team will rely heavily on the experience of Tortorella.

As a Flyers fan, I hope he can turn it around, but I believe the Philadelphia Flyers are in for another last place finish.