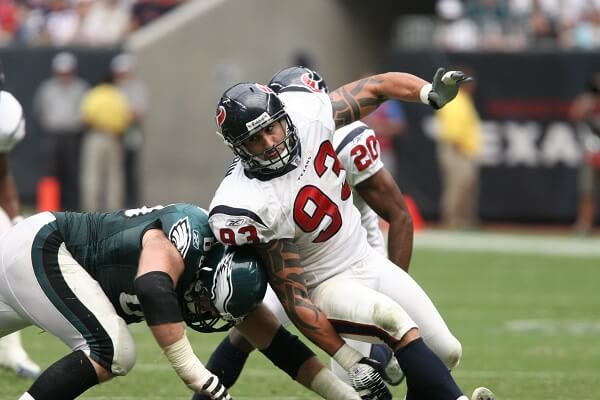 To start off the NFL’s week 9, we have one of the most lopsided games of the season. At least according to the Vegas odds. The undefeated Philadelphia Eagles come in as a 14-point favorite over the (1-5-1) Houston Texans. Jalen Hurts has taken over the NFC and is making a very strong case for the 2022 MVP award.

Hurts’ leads an offense that is ranked 3rd in both total yards and points per game. On the other side, their defense is ranked 4th in points allowed per game. Then you have Houston, who is as bad as they were last year and don’t have much going for them. On offense, Houston ranks bottom five in almost every statistical category. However, they’re surprisingly average on defense, being ranked 17th in points allowed per game.

The 2022 season has been filled with a ton of upsets already; will the Texans add another one Thursday Night? No. However, let’s have a look at where the betting value is. Keep reading for this Thursday Night Football’s Wicked Wagers.

Last Sunday’s game against the Pittsburgh Steelers was pure domination, after the first quarter. It took the Eagles 15 minutes to get their bearings, but the Steelers just couldn’t stop the freight train once it gained momentum.

Quarterback Jalen Hurts had himself a day, finishing with a career high four touchdowns. Three of those went to wide receiver A.J. Brown. Brown ended the day with only six receptions but averaged a whopping 26 yards per catch. Pittsburgh had no answer for the former Tennessee Titans wide receiver that was traded to the Eagles during the offseason.

Philadelphia’s defense impressed yet again with six sacks, an interception, and a fumble recovery. After they allowed a first quarter touchdown, the Steelers settled for just two field goals in the final three quarters.

Philadelphia won’t have any trouble taking care of business in Houston on Thursday night with Jalen Hurts at the helm. Hurts has made a massive leap in his 3rd year and with the addition of A.J. Brown, they have both carried this offense to new heights. On the defensive side of the ball, they have been very good this year. They certainly won’t have to worry about Davis Mills airing the ball out. The Eagles have been mediocre against the run this season. However, they’ll be up by multiple scores early in the game and the Texans will have to abandon the ground game by the second quarter. Expect the Eagles secondary to feast with at least two interceptions Thursday night.

It was a low scoring affair between the Texans and Titans in week 8. The Titans only threw the ball ten times, but they could have aired it out even less. Running back Derrick Henry carried the offense with 32 rushes for 219 yards and 2 touchdowns. Houston had no answer against the ground attack and ended the afternoon giving up over 300 yards in the run game.

Houston’s offense also stalled for most of the game. Quarterback Davis Mills finished with 152 yards and a touchdown, but the touchdown came in garbage time. The run game was almost non-existent, the match very well could have ended to the tune of 17-3.

It’s been a tough year for Texan fans, and Thursday night won’t be easy either. Especially considering they’re up against the only unbeaten team in the league. Houston simply doesn’t have the talent to be a competitive football team. The one and only bright spot on the offense has been running back Dameon Pierce. However, once again, Houston will find themselves down quickly, and they won’t be able to establish a run game.

Hurts and the Eagles offense will look as good, if not better than they did last week against the Steelers. The only thing that will stop them from scoring 40+ is their coaches sitting starters in the 4th quarter. The Texans have a solid secondary, so A.J. Brown won’t have a monster game like last week. However, Philadelphia has just too many weapons on the offense to be stopped by Houston.

Expect nothing less than a blow out and both the spread and over absolute locks for Thursday night.