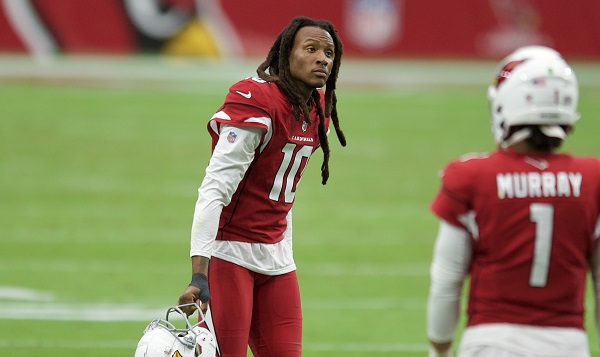 No one expected a Thursday Night Football game could be worse than the Colts and Broncos, but we were wrong. The Commanders at Bears was even more of a dud than the prior week. However, I have slightly more faith in Week 7’s TNF match between New Orleans and Arizona. Let’s dive into this Saints/Arizona preview to find out why this game will be the best TNF so far.

The (2-4) Saints visit the (2-4) Cardinals, but is there enough time for either team to right their ship and make a playoff run? Both teams are just 1 game back from their respective division leaders, but it’ll be an uphill battle. Arizona gets a big boost back on offense, and it will be exciting to see how they move the ball.

New Orleans was headed to 3-3 after last week but opposing quarterback Joe Burrow ruined that with a late comeback. At the end of the game, with under two minutes left, the Saints secondary allowed a 60-yard touchdown to Ja’Marr Chase. The Saints’ wide receiving corps has been decimated by injuries, and their offense has been relying on the run game. They did a great job at executing their gameplan, and they racked up 228 yards on the ground. This was the second week in a row where they’ve eclipsed the 200-yard mark.

Their wide receivers aren’t the only group who have had to deal with injuries, their defense is also thin. This has led to a unit that is just about league average. Fans are used to seeing New Orleans with an elite defense, but they haven’t been able to overcome missing players.

Against the Cardinals, the Saints offense will be without Michael Thomas, Jarvis Landry, and more than likely, Mark Ingram. Alvin Kamara has carried the offense for the last two weeks, and they’re calling on him to do that again. Their opposition is ranked 8th in rush defense, and they won’t have it as easy as last week against the Bengals. However, they’ll still be able to move the ball on the ground.

It’ll be a game-time decision on which quarterback will start for the Saints, but Dalton gives them the best chance to win. Winston is careless with the football, and New Orleans cannot give Kyler Murray and the Cardinals extra opportunities on offense.

Arizona had Philadelphia on the ropes two weeks ago, but Kyler Murray made a questionable decision on the final drive. There were 36 seconds on the clock, and it was 2nd and 10. Murray rushed for 9 yards and slid too early, then spiked the ball to stop the clock. The Cardinals were forced to kick a 43-yard field goal which they ended up missing. Look, it’s not Kyler’s fault their kicker missed a very makeable field goal. However, had he just rushed for 1 more yard, they would have had at least a crack or two at the end zone. Mistakes like that have largely been the storyline of the Cardinals 2022 season thus far.

Arizona’s defense has been slightly underrated this year and holding the only remaining undefeated team to 20 points is very respectable. Murray didn’t exactly play badly, as he threw for 250 yards with 1 touchdown and 1 interception. However, if he played better, it would have been the difference maker in handing the Eagles their first loss.

The biggest headline this week has been DeAndre Hopkins’ much needed return from suspension. This is especially true after the team lost Marquise Brown for at least a month. Hopkins was suspended for 6 games during the offseason for violating the league’ performance enhancing drug policy. Unlike the Saints, Arizona will have to lean on their passing game due to injuries to all their running backs. James Connor is likely out tonight and backups Darrell Williams and Eno Benjamin are in jeopardy of missing the game. New Orleans will be without their top cornerback, Marshon Lattimore and Murray will finally feast.

Thursday Night’s game is bound to be more entertaining than the last two we’ve been forced to sit through. While neither of these offenses are explosive, they both have looked decent at times in this young season. It doesn’t matter if Dalton or Winston starts tonight, Kamara has been on a tear since returning from injury. He will need to have a monster game for the Saints to stay in it.

New Orleans secondary is so plagued with injury, you’ll see an aerial assault from Murray to Ertz and Hopkins. We haven’t hit the over/under in quite a while, so I’ll be betting the lower total of 44 points tonight.