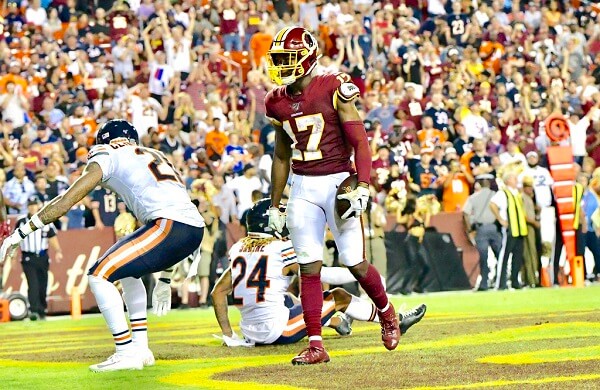 This Thursday Night football game will be more entertaining than the Colts-Broncos we had to sit through last week. There’s certainly no way it could be worse, right? We’ll see. In the meantime, there is a lot to cover in this Week 6 TNF Preview.

The (1-4) Washington Commanders travel to the Windy City to face off against the (2-3) Chicago Bears. There aren’t many bright spots for the Commanders, they’re last in their division with the worst record in the league. Even at 2-3, Chicago has looked competitive in their last couple of games. It also looks as if quarterback Justin Fields might be turning a corner in his young NFL career.

There’s no sugarcoating it, the Washington Commanders are a bad football team. Week in and week out, they somehow figure out ways to lose. If you look at the stat lines, you’d think the Commanders had a pretty good game in week 5. They held opposing quarterback Ryan Tannehill to 181 yards and running back Derrick Henry only rushed for 102 yards. Washington was in position to pull off an upset, but Carson Wentz threw an interception to end the game.

Earlier this week, head coach Ron Rivera publicly criticized his quarterback. He asked what the difference was between his team and the rest of the NFC east division. He later apologized, but it was still said, and that will light a fire under Wentz tonight against the Bears. The truth is that Washington has a very weak offensive line, and their run game is almost non-existent at times. However, that won’t matter this evening. Expect a big game from wide receivers Terry McLuarin and Curtis Samuel.

In week 5 against the Minnesota Vikings, Chicago trailed by 18 points in the 2nd quarter. It looked like it was over early, but something clicked with the Bears offense. They scored 19 straight points and led by a score of 22-21 in the 4th quarter. However, Kirk Cousins and the Vikings scored with just over two minutes left and the comeback fell just short. Even though they lost, it was a good sign that they didn’t roll over to the best team in their division.

Justin Fields is lacking weapons, but tonight it’s likely he gets one to throw to. It isn’t a lock, but wide receiver N’Keal Harry should make his season debut for the Bears. He injured his ankle in early August and was put on the Injured Reserve but he’s on track to start tonight. Fields got it going last week, and the offense looked at least somewhat competent. Fields will continue to get better, especially with Harry returning to the team.

N’Keal Harry making his debut tonight will be the deciding factor this Thursday Night Football game. New England fans may roll over in their grave seeing that written on paper. However, Harry still has a future in this league and can be a contributor on this middling wide receiver corps. Fields hasn’t had a true #1 to throw to all year, and Harry’s return will tip the scale. Expect another close Thursday Night Football game but one with more touchdowns.

Fields will lead his team down the field to go up by a field goal in the closing moments. Neither offense is explosive, so this will be a low scoring game but still more points than last week.