On the Docket: The Judge’s Week 6 Picks 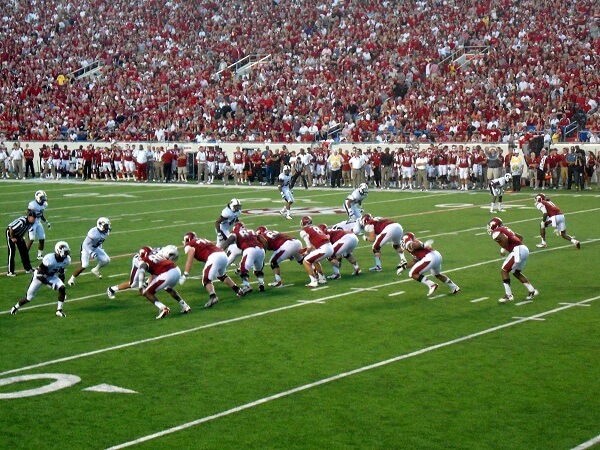 The Judge has his finger firmly on the pulse of the college football season. We’re looking for another winning week after posting a 5-2 record in Week 5. Don’t let Your Honor get hot. The picture of the 2022 season is becoming clearer and clearer, and it is time to capitalize. Let’s dive into these week 6 college football picks and previews.

These Week 6 games are not for the faint of heart. They are the types of games that we look forward to each year. These games pit conference foes against each other with everything still at stake. Pull every television you own into one room, pour a sweet tea, embrace the essence of college football, and profit.

Here are your CFB Week 6 Picks. Court is once again, in session.

This matchup conjures images of 2010 when Tennessee gifted LSU an extra attempt at the endzone after having 13 defenders on the field. That faux pa resulted in Les Miles getting a pass for his poor clock management. It was also a defining moment in Derek Dooley’s tenure, other than his orange pants. The Vols and Tigers meet again in Week 6 for the first time since 2017, each with new coaches.

Tennessee is 4-0 coming off a bye, with its last win over Florida in Week 4. LSU started the season with a wild loss to Florida State but has rebounded and sits at 4-1. The Vols are skinny at defensive back, evidenced by giving up over 450 passing yards to the Gators. Unfortunately for LSU, quarterback Jayden Daniels does not have what it takes to take advantage of that weakness. Vols win by a touchdown in Baton Rouge.

Mississippi State and Arkansas are two teams on two different trajectories right now. Following a 3-0 start, the Razorbacks have dropped their last two. Meanwhile, the Bulldogs have won their last two games by at least three possessions, scoring 40+ in each. However, there are liars, damn liars, and statisticians.

The numbers don’t tell the full story here, folks. Arkansas’s last two losses we a two-point loss against Texas A&M and a loss to Alabama. These were not bad losses. This pick hinges on whether Arkansas quarterback KJ Jefferson plays. If Jefferson is healthy enough to play, the Razorbacks are getting too many points in this game – take the Hogs. If Jefferson sits, you may want to sit this one out as well.

Both teams probably feel like they have already played a full season of football. After a hot start, the Sooners have lost their last two to Kansas State and TCU, giving up 41 and 55 points, respectively. Texas was back after their performance against Alabama, and then not back, but might be back again? What we do know is back is the Red River Rivalry to grace our televisions in Week 6.

Speaking of back, Texas is expected to return quarterback Quinn Ewers, which is bad news for the Oklahoma defense. On the other side of the field, Sooner quarterback Dillon Gabriel is questionable for the game after taking a nasty hit against TCU. Texas is going to put up points and Oklahoma isn’t going to be able to score enough to keep pace.

Against conventional wisdom, lay the points in this rivalry game.

Kansas and TCU have been the darlings of the Big 12 so far in this 2022 season. Who would have expected this game to be a matchup of undefeated teams during the preseason? Jayhawks coach Lance Leipold now has his name being mentioned among the openings for big-time programs because of his rebuild. Meanwhile Sonny Dykes has the TCU offense averaging the third most yards per play, only behind Alabama and Ohio State.

You truly hate to bet against either team, but the clock is going to strike zero for Kansas this week. The TCU offense, led by quarterback Max Duggan, is too much for the Jayhawks to best. There is something about this Kansas team, though. Add in that this game is in Lawrence and College Gameday will be there to ignite an electric atmosphere. Kansas finds a way to keep it close. Take the points.

Ole Miss is coming off an emotional win over Kentucky where a late turnover sealed the win for the Rebels. The 5-0 Rebels now travel to Vanderbilt. They are coming off a much-need bye week after receiving a 55-3 pounding at the hands of Alabama. Don’t overthink this one, folks.

Can Vanderbilt score enough to keep up with Lane Train? Short answer: No. That is partly because of Ole Miss’s stingy defense, but also because the Vanderbilt defense is not going to make it easy for their offense. The Commodore defense is giving up 33.8 points per contest. This means that the Rebels will be spending quite a bit of time in the end zone. Ole Miss, on the other hand, is top 10 in scoring defense.  Once again, do not overthink this – it’s a no brainer as far as week 6 college football picks go.

USC enters Week 6 at 5-0 on the backs of its offense, led by quarterback Caleb Williams, averaging 42.2 points. The Trojans have only failed to score 40 points in one game, a 17-14 win at Oregon State. Washington State enters the game 4-1 with the hopes of stealing a coveted road win in Los Angeles.

The pick is simple, here. Ride USC until their defense stops producing turnovers. It’s no secret that the Trojan defense isn’t a statistical juggernaut, but it’s managed to get takeaways at key moments. That spells trouble for any team trying to cover the spread against USC, because you can count on the Lincoln Riley’s offense putting up some points. Take the home favorite here to win by three possessions.

Florida State and NC State each received their first loss on the season last week. The Seminoles took a home L to Wake Forest and NC State came up short on the road against Clemson. This ACC showdown has the potential to be the perfect night cap for a day full of great games.

Florida State needs to run the ball well to win. The Wolfpack defense was gashed by Clemson but rebounds this week to keep the Seminoles in check. No, the NC State offense is not going to wow anybody. However, they will keep steady, which is what wins these conference games. The home team will keep pressure on the visitors and capitalize on their mistakes. Bet on NC State to pull away late in this one.

Georgia has not looked great for two weeks in a row now. Take the 4+ touchdowns, even if you’re hitching your wagon to a team with a lame duck coach.

Bret Bielema has this Illinois team playing like his old Wisconsin teams. Ride them until they give you a reason not to.

Boston College truly stinks, and Clemson has found its footing. The Tiger defensive line will live in the BC backfield all evening on the way to a big Clemson victory.