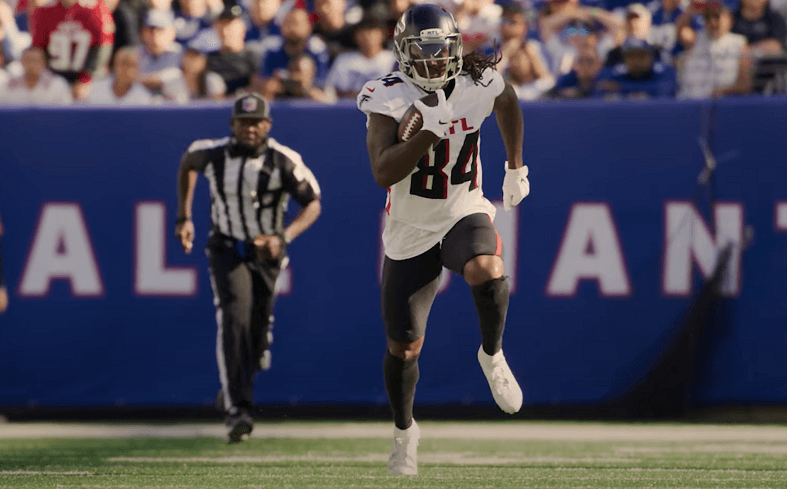 Week 10 starts off with an NFC South divisional game between the (4-5) Atlanta Falcons and the (2-7) Carolina Panthers. This is another Week 10 TNF matchup of poorer teams. Atlanta is one of those teams that has looked great at times and horrible at other times. Quarterback Marcus Mariota has done a solid job at replacing Matt Ryan. If it weren’t for a questionable roughing the passer call against the Buccaneers, they very well could be 5-4.

The Falcons offense got back Cordarrelle Paterson from injury last week and did a nice job easing him back in. However, this week they need to give him at least a handful more touches. These two teams met less than two weeks ago in a shootout; this week will be a little more on the conservative side of scoring.

Atlanta is going to have to have short-term memory and forget their week 9 loss to the Los Angeles Chargers. Los Angeles came into the game missing their top two wide receivers, but Atlanta still could not defend the pass. The Falcons also had troubles passing the ball. Mariota, for the most part, has looked like a decent quarterback. But last Sunday, he just looked out of sync with his receivers. There were a couple of overthrown deep balls that would have been big plays had they been caught. However, professional sports aren’t a game of what-ifs.

They’ve been one of the best offenses when it comes to the ground attack. Many critics wondered what would happen to Tyler Allgeier once Patterson came back. However, it was immediately clear in week 9 that the Falcons were going to use both of their electric weapons. They formed a solid one-two punch and Atlanta racked up 201 rush yards in the 20-17 loss.

Atlanta will have the same game plan against the Panthers in week 10, they’ll lean heavily on Patterson and Allgeier. Mariota will just have to keep the ball out of his opponents’ hands and make good passing decisions. He’s been mobile this year and has done a great job at extending plays with his legs when need be.

In week 9, the Panthers played the Bengals in a battle of the queen cities. It wasn’t a pretty one for Carolina, and Bengals running back Joe Mixon racked up a whopping 5 touchdowns and 211 total yards. It was a historic game for Mixon and one that the Panthers will certainly want to forget. It wasn’t as close of a game as it looked on the scoreboard. The game was a 42-7 blowout through three quarters and Carolina was lucky just to score two garbage time touchdowns to pad the score board. Quarterback P.J Walker was replaced by Baker Mayfield after a slow start. However, Mayfield didn’t do enough to get the start on Thursday night.

There’s no sugarcoating it, the Panthers are a bad team at 2-7. Even though they’re only 3-point underdogs in this game, they won’t be able to pull out a win. P.J. Walker did have a great game against the Falcons just under 3 weeks ago. However, the magic has seemingly run out for the once-XFL star.

For the Panthers to be able to compete in this Thursday Night Football game, they’ll have to rely on running back D’Onta Foreman to have a huge game. In their week 8 matchup, Foreman rushed for 118 yards and 3 touchdowns. Both the Panthers and Foreman look to get the ground game going before the Falcons jump out to a large lead. Don’t be surprised if we see Mayfield replace Walker once again.

The Falcons move to 5-5 after this Week 10 TNF matchup against the Panthers. The rushing attack from Atlanta is the key factor in this one and is too much for Carolina’s front seven. It’ll be a close game for a most of the first three quarters. However, the Falcons score a late 4th quarter touchdown to seal the victory.