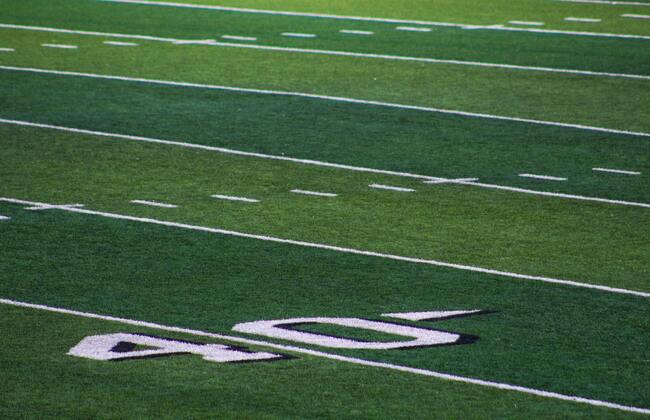 NFL Week 1 was nothing short of amazing. It started with the Bills making the defending champs look like an 8-9 team. On Sunday the Bengals and Steelers played a game of, “Who wants to lose this one more.”  Kansas City traveled to Arizona where their offense looked just as good, if not better than when they had Tyreek Hill in the mix. The Bucs showed why they just might have the best defense in the league on Sunday Night Football. The week was capped off on Monday Night with a disappointing showing from Russell Wilson in his revenge game in Seattle. Let’s roll into week 2 with this prime Thursday Night Football matchup.

Week 2 kicks off with a highly anticipated AFC West showdown between the Chargers and Chiefs. Both teams are 1-0. We’ll find out if the Bolts defense can hold up against the high-powered Chiefs. Thankfully for the Chargers they have a talented young quarterback of their own to make this one a shootout.

If you asked quarterback Patrick Mahomes if he missed Tyreek Hill, he’ll say yes. Sunday’s performance against the Cardinals made you think he’ll be just fine without him though. The Chiefs offense came out firing on all cylinders, and quickly jumping out to a two touchdown lead in the first quarter. Arizona was able to find the end zone in the second quarter but the Chiefs would take a 23-7 advantage into the locker room. The third quarter was again dominated by the Chiefs. Patrick Mahomes finding Mecole Hardman in the end zone pushed their lead out to 30 with four minutes remaining in the third. The final score was 44-21. Mahomes finished this one 30/39 with 360 yards, 5 TDs, and no turnovers.

The Chiefs defense was just as impressive as their counterpart. 14 of the 21 points they gave up were in garbage time. They were able to hold Kyler Murray to just 193 passing yards and only 29 on the ground. The defense did a good job of containing the mobile QB as well as putting pressure on him. Murray was sacked 3 times in this contest.

The Chargers just edged out the new and improved Raiders on Sunday, 24-19. Justin Herbert didn’t have to throw for 300+ yards but the young quarterback was still efficient, throwing 3 TDs and not turning the ball over in this contest. The o-line was able to keep pressure off Herbert. The Raiders defense didn’t record a sack in this one.

The teams traded field goals in the first quarter before Herbert and the offense were able to get things going in the second. They scored two touchdowns and were able to take a 17-3 lead in to the half. In the fourth quarter the Raiders clawed their way back to make this one a nail biter. Las Vegas’ defense stepped up and forced the Charger’s offense into a couple 3 and outs. Khalil Mack was able to step up for the Chargers to prevent his former team from making the comeback. Mack had 3 sacks, with his most important coming on a 4th down to seal the game.

The Chargers will be underdogs for Thursday’s contest against the Chiefs. The Bolts are a good team but Kansas City is still the team to beat in the AFC West. The Chargers are unlikely to win the turnover battle, or to get the kind of pressure on Mahomes that they brought to Carr on Sunday. If the Chargers are going to compete tonight their defense is going to have to step up and make a couple splash plays. If they do take an early lead, head coach Brandon Staley will have to make sure his team doesn’t take their foot off the gas pedal. You can’t afford to when you’ve got a guy like Patrick Mahomes breathing down your neck.

Justin Herbert and Austin Ekeler are must starts tonight. Mike Williams is a great flex option with a WR2 upside in deeper leagues. Gerald Everett is a also a solid tight end option. Los Angeles will be playing from behind for most of the game, so you can count on Herbert to air it out. Williams gets a bump up in usage because of Keenan Allen’s absence. Even though the Chargers play calling will abandon the run early, Ekeler will still be a crucial part of the passing game.

Patrick Mahomes and Travis Kelce will put up big numbers tonight. Clyde Edwards-Helaire also deserves a starting spot as he’s ranked between an RB1 and RB2. Edwards-Helaire is also very involved in the passing game, making him more valuable in PPR leagues. WR JuJu Smith-Schuster is right on the cusp of a WR1 or WR2. Unless you’re absolutely stacked at that position and at Flex, you should think twice about sitting him. The Chiefs won’t have a big enough lead where Mahomes stops airing it out, so that shouldn’t worry anyone tonight.

The Kansas City Chiefs are head and shoulders better than the rest of the AFC West, and that will show tonight.

Mahomes and Herbert will trade blows in the first half. The Chiefs will separate themselves late in the third quarter to seal their Week 2 victory.