On the Docket: The Judge’s Week 9 CFB Picks 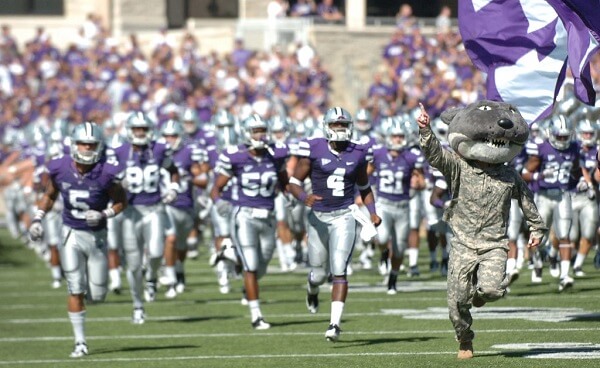 This Week 9 slate is sneaky good. We might not have the showdowns like we had in Weeks 7 and 8. However, we do have some potential playoff teams receiving solid tests. It is the quiet weeks where most of the chaos occurs. Will this be a week of chaos, or will we get some separation between the contenders and the pretenders? We are coming into the final turn of this college football season so get in while the getting is good. Without further ado, here are your CFB Week 9 Picks.

Court is once again, in session.

This is a game that is easy to overthink. Penn State rallied after an embarrassing loss to Michigan to thump Minnesota at home last week. Now they look to keep that momentum going in Week 9 against Ohio State. Meanwhile, the Buckeyes have not played a team with a pulse since Week 1 against Notre Dame. You could convince yourself that this scenario is set up well for Penn State.

Penn State has shown us exactly who they are. They are better than middle-of-the-road Big Ten teams, but the Michigan game showed us they are far behind the elite-level teams, like Michigan and Ohio State. Well, they are playing one of the elite-level teams. Don’t be fooled by their performance against a one-dimensional Minnesota team. They won’t replicate that against this Ohio State team, who is one of the favorites to win the national championship.

Nobody could have predicted that an unranked Notre Dame, ranked number five in preseason polls, would wind up being an underdog to a ranked Syracuse in Week 9. The Fighting Irish have had somewhat of a schizophrenic season. They’ve lost to Marshall and Stanford but beat North Carolina and BYU.

Syracuse looked poised to remain undefeated and knock off Clemson before losing the lead late in Week 8.

The common theme of this Notre Dame team is that they show up for the big games. They played Ohio State closer than anyone else has this year. They won as an underdog against UNC and as a short favorite against BYU. Expect that Notre Dame team to show up against this Syracuse team, who will be a little roughed up after its bout with Clemson.

Two of the Big 12’s leaders will play in the Little Apple, jockeying for position in the conference standings. The loser of this game could be eliminated from the conference title game, as both teams have losses to TCU. Kansas State quarterback Adrian Martinez will be a game-time decision after an injury against the aforementioned rival.

Whether Martinez plays or not, we are betting trends in this game. Oklahoma State has excelled in games with short spreads. They’ve posted a 14-3 record in games where the spread is within 3.5 points to either side. The Cowboys are 13-2 on the road in those situations since 2010. Oklahoma State finds themselves as a short dog on the road in this game. This is an easy decision, folks.

The #1 Sportsbook in Kansas

The World’s Largest Outdoor Cocktail Party Florida-Georgia football game will take place once again in Jacksonville. Both teams are coming off a bye week. Georgia is hoping the bye week was enough to shift into championship mode while the Gators licked some wounds after their loss in Baton Rouge.

This is a gut game for the Judge. Georgia hasn’t lived up to their championship billing since Week 1 but have still managed to win all their games. The question is do you think they will turn it on? The answer is yes. The Bulldogs have had ample opportunity to figure out what they do and don’t do well. Starting now we get to see them put it all together for this backstretch of the season. Georgia reclaims the spotlight in Week 9.

The scoreboard operator might need to ice their hands after this one. Wake Forest and Louisville have averaged scoring almost 85 points the past five meetings. The Demon Deacons are trying to stay in the race for the Atlantic Division and maintain a top 10 ranking. The Cards are looking to continue a streak of strong defensive efforts leading to wins.

Wake Forest should be a touchdown favorite here, so we’ll lay the points and be thankful it isn’t more. Wake has won 5 of their 6 games by double-digits and scored at least 31 in each of their contests this season. Don’t believe that this Louisville defense is the one to stop them. The Deacs have a lot to play for and they aren’t going to play around with this Louisville team.

This iteration of Tennessee-Kentucky will feature two ranked teams for the first time in over 70 years. The Vols will host a Kentucky team who will have a healthy-enough-to-play Will Levis. Levis has been the engine for this Wildcat team, who fell to South Carolina a few weeks ago without him. Health shouldn’t be a huge issue for Kentucky, who is coming off a bye week.

Enough about the Wildcats—this Tennessee team is playing on another level right. The Vols lead the nation in scoring offense and have put up some serious points on everyone they have played. The only way Tennessee stumbles here is if they are looking ahead to Georgia. Josh Heupel dialed up some all-black uniforms for his team, giving his players and his fans a reason to be excited for this game.

The talking points for this game will center around Texas A&M, as they are a bit of a circus now. There are quarterback issues, Jimbo Fisher issues, and players getting suspended. Comically, Lane Kiffin is outside the sphere of drama in this game. The initial thought here is going to be to take Ole Miss as a short favorite on the road.

Give this one a second thought. The Rebel defense has been lacking lately, giving up 34 points to a dreadful Auburn team and then 45 to LSU last week. The Aggies should be able to move the ball with their run game. Speaking of run game, the Aggies tout a strong rush defense and will be able to keep the Rebels behind schedule on offense. Fade the popular opinion and take the home dog.