On the Docket: The Judge’s Week 12 CFB Picks 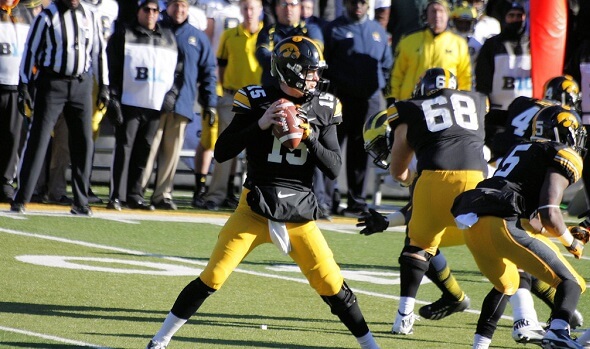 We’ve reached the penultimate week of the 2022 regular season, and we are going to make the most of it. We have games in the Big Ten and Pac-12 that will determine who has a chance at a conference championship. We have others vying for an opportunity for a playoff berth. This week, we will feel the nervous tension of closing out a season heading into a Week 13 that will be full of rivalry games. However, before we get to that, we must see who will survive Week 12. Here are your CFB Week 12 Picks.

Court is once again, in session.

TCU keeps on rolling after an impressive road win over Texas. They will travel to Waco for their Week 12 matchup against Baylor. The Bears will try to give the Horned Frogs their first loss of the season even after losing 31-3 at home to Kansas State in Week 11. TCU has much more at stake than just their record, though. Sonny Dykes is trying to take his team to the playoffs.

This is certainly a good spot for a home underdog to get a big win. When you take a home underdog, though, you want a minimum level of competence. The Bears are 0-3 straight up against ranked opponents this year and TCU is 3-0-1 ATS as a favorite and 4-0-1 ATS on the road. Your eyes will tell you this TCU team is significantly better than Baylor. Trust them.

The Big Ten West is wide open. Minnesota and Iowa will have a chance to make a big move in a positive direction. Each team comes in on a three-game winning streak, with Iowa defeating Wisconsin and Minnesota handling Northwestern in Week 11. It’s going to be a cold one in Minnesota for what could be an elimination game in the Big Ten title race.

Don’t count on Tanner Morgan to start for the Gophers but do count on Athan Kaliakmanis to be more comfortable in running the offense. Luckily for Minnesota, they are not competing against an offensive juggernaut. The Gophers are 4-1 ATS as a home favorite this year—bet on that trend to continue.  This is going to be a fist fight, with the game’s total set at 32 points, but the home team will pull away in this one.

Ole Miss’s chances for an SEC title and to make the playoff hit zero after losing to Alabama last week. Now, they travel to Fayetteville to face the Razorbacks, who have dropped two in a row to Liberty and LSU. While there haven’t been any title hopes for Arkansas for weeks, they’ll look to get their biggest win of 2022. Not to mention, lock down a bowl appearance.

This is a feel game. The short line raises eyebrows—how could Ole Miss only be a two-point favorite? Well, the Rebels saw their title shot disappear and are now dealing with rumors of Lane Kiffin leaving for SEC West foe Auburn. Taking your baggage on a road trip is a good idea for a vacation, but not for a conference game. Fade Ole Miss here.

The Bruins may have been caught looking ahead to this one, losing inexplicably to Arizona in Week 11. Though this won’t be the top-10 matchup we were anticipating, this fierce rivalry will not lack in excitement. We’ll see two of the top offenses in the country square off in the Rose Bowl with a Pac-12 championship game on the line for the Trojans. It is Chip Kelly against Lincoln Riley, Dorian Thompson-Robinson against Caleb Williams, UCLA against USC.

You can confidently take UCLA here—there are so many things that favor the Bruins in this crosstown matchup. UCLA is 2-0 ATS this season as a short underdog and 2-0 as a home underdog. Another factor that tips the scales in favor of UCLA is experience, which matters in these rivalry games. Thompson-Robinson will be starting in this game for the fourth time of his career, while USC welcomed 40 transfers over the offseason.

Oregon saw its playoff hopes vanish in Week 11 with a home loss to Washington. They dealt the Ducks their first conference loss of the season and snapped their eight-game winning streak. Utah will travel to Eugene on a four-game winning streak and having only two losses by a combined 13 points. A trip to the conference championship game is on the line in this matchup of the second ranked in the Pac-12.

We finish off the night with another short underdog at home. The Utes are just 1-3 ATS this season as a road favorite and Oregon is 3-1 ATS at home. Look for the Ducks to bounce back. Even though they are out of the playoff race, there is still a conference championship at stake, which should be plenty of motivation for veteran quarterback Bo Nix.

Harbaugh seems set on destroying every team that the Wolverines have faced this season, with eight of their ten wins coming by more than 18 points. They have no room to slip up.

Liberty loves playing the role of spoiler. Ignore their loss against UConn in Week 11—they will certainly be up for this ACC opponent.

Louisville has won four of its last five, with a loss to Clemson, while NC State is coming off an embarrassing loss to Boston College. Momentum is with the Cardinals.

We can’t leave out Bedlam! Both teams have struggled lately, so count on an extremely tight game in Norman.

The Tigers are coming off an emotional overtime win over Alabama and a physical road win at Arkansas. This is a chance for LSU to finally take a breath.