On the Docket: The Judge’s CFB Week 13 Picks 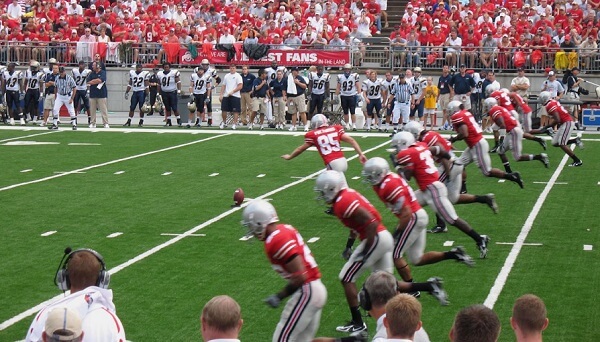 The stakes could not be higher for the 2022 iteration of The Game. Undefeated Michigan and undefeated Ohio State will play for bragging rights. Oh right, and the Big Ten East title, a spot in the Big Ten championship game, and likely a spot in the college football playoff. This storied rivalry has national championship implications as two of college football’s bluebloods face off with everything to lose.

The Buckeyes will have revenge in mind when the Wolverines roll in for the regular season finale. However, Ohio State has failed to keep their roster healthy all year. This is where they pay that price. Now, Michigan won’t win outright. However, the Wolverines will have the talent and gumption to keep this one close until the very end. For even if they lose, keeping it close could keep their playoff hopes alive.

When you think of Clemson vs. South Carolina, images of a mid-game brawl may come to mind. That is just a snapshot of how nasty this rivalry gets. Unfortunately for the Gamecocks, they have not been pulling their weight in this game as of late. South Carolina comes in on the heels of one of the biggest wins they have had in recent history. On the other side, Clemson has largely underperformed this season.

Something is certainly cooking in Columbia, South Carolina. Shane Beamer has his team and fans believing they are on the way towards brighter days. That will go a long way on Saturday against a team who has been trending downward this season. Gamecock quarterback Spencer Rattler will be able to keep South Carolina in contention for long enough that they will be able to cover the two touchdowns plus the hook.

It’s the Iron Bowl. Enough said. Auburn will travel to Tuscaloosa under interim head coach Carnell “Cadillac” Williams. They will look to put the cherry on top of what has been quite an emotional season for the Tigers. Alabama still has an outside chance at a playoff spot and will do everything in its power to make sure those hopes stay alive on Saturday.

This is an interesting spot for the Crimson Tide. They do not control their own destiny in terms of conference and playoff stakes. We have seen Alabama lay some eggs in bowl games after missing out on the ultimate prize. You will see an inspired Auburn team behind their interim coach playing like this game is for the national championship. Even though there is a significant talent gap, Auburn finds a way to cover.

The Ducks will travel to Corvallis for the 126th edition of Oregon-Oregon State. What is at stake for Oregon? Only a trip to the Pac-12 championship to play Southern Cal. And for the Beavers? Well, how about an opportunity to ruin your rival’s postseason hopes? That should be plenty of incentive to make a raucous environment even more daunting for the visiting Ducks.

This line is inviting the ill-informed to load up on Oregon, but we aren’t taking the bait. Ducks quarterback Bo Nix is still banged up after an ankle injury in Week 11, limiting the mobility of the star dual-threat signal caller. That is enough for the Beavers to make this an interesting ball game in one of the toughest places to play in the country.

USC will host national rival Notre Dame in a game with great significance for the Trojans. USC sits just outside of the coveted top-4 spots in the playoff rankings. A win on Saturday coupled with a Pac-12 title could push them into the 4-spot or higher. That first step will not be easy as Marcus Freeman has the Fighting Irish playing at a high level after a slow start to the season.

This must just be the week of the underdogs, and rightfully so for rivalry week. Take Notre Dame with the points here. You should strongly consider the money line. If you are still hung up on the Marshall or Stanford games, get over it. Notre Dame has done nothing but take care of business lately and look for them to continue in Week 13.

We get another in-state rivalry game to finish Week 13 slate and conclude our regular season picks for 2022. The Jayhawks will go to the Little Apple to take on Kansas State. This Kansas State team is looking to lock up its spot in the Big 12 championship game. Now a Baylor win against Texas on Friday would put the Wildcats in the title game. However, it isn’t going to matter for this pick either way.

The reason why it won’t matter is because Kansas, after starting 5-0, has lost five of their last six. Kansas State appears to be on a warpath for a revenge game against TCU and nothing is going to get in their way, especially at home. A healthy Jalon Daniels might change that opinion, but that is not going to be the case in this game. If Texas wins on Friday, you may want to make an even stronger play.