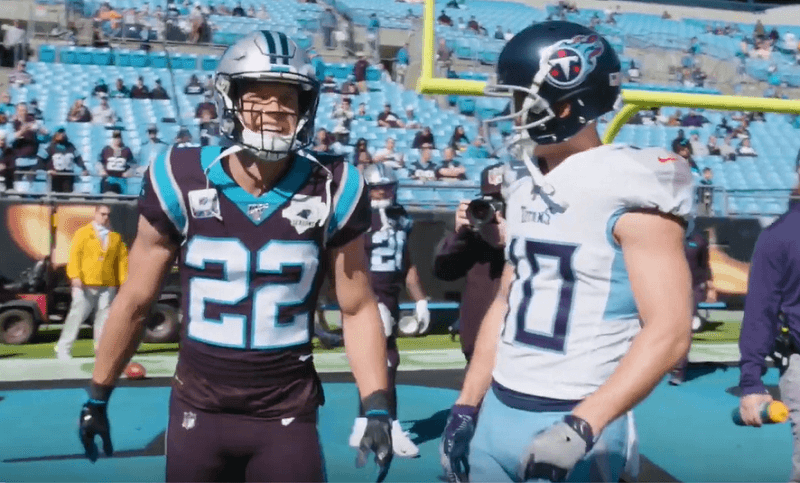 Futures are an investment, much like purchasing a stock or playing in a season long fantasy football league. Future bets are when you bet on something that will happen further down the line, like betting on the Superbowl. Fantasy football was what drove me originally to the futures market. I used those projected numbers to evaluate value in my drafts. That lead me to really dive into the value that is presented in the future market. Focusing on props weekly is the most lucrative avenue, but there are also some great season long prop bets. Here are my top 3 “Props for Thought”.

Cooper Kupp was elite last season. The guy was unstoppable. Even when you 100% knew he was going to get the ball, he was still able to get it. Matt Stafford trusts him and looks for him often. He’s coming off a season in which he caught 145 balls for over 1900 yards. The Rams haven’t done anything to their offense that shows they have plans to slow him down. It’s surprising that this prop is not closer to 1,400 yards. Where this line is currently, Kupp would have to average 80 yards per game for 16 games to hit over. He’ll cash this ticket by week 14. Kupp had 11 100+ yard games last year, and only had less than 80 yards once.

For me, this is a no brainer, and at -112 I’m comfortable playing this. I’m all in on this season long prop bet. You cannot stop this guy; you can only hope to contain him. Containment of a receiver like this might look like him only getting 1,500 yards on the year.

Remember when Christian McCaffery was a cheat code? I do, and it was a glorious time for fantasy players and bettors alike. It’s been two tough years of injuries for the electric playmaker. This combined with a team that was largely terrible and couldn’t get out of their own way.

McCaffery has looked great all offseason, and the Panthers may finally have a quarterback that can stretch the field. Baker Mayfield is going to be good for the team, and specifically for McCaffery. In his two best NFL seasons, he had a good quarterback in Cam Newton. Cam was a different type of QB than Mayfield is, but they serve the same purpose in being capable of running the offense, spreading the ball around, and creating opportunities for the run game to be successful.

If Christian stays healthy this year, and that’s obviously a big IF, he should crush this number. I find it hard to believe that a player of his caliber can’t average 55 yards a game on the ground. Especially in an offense that should get him 15-20 carriers per game. At -112 to the over, I like the price and the likelihood that this cashes. Expect a big year out of McCaffrey.

The Eagles finished last season with 9 wins, and all they did was improve on both sides of the ball. Through a terrific draft, adding key defensive pieces, and a great offseason, Philly has gotten much better – on paper. AJ Brown is a top 10 receiver in the league, and he will garner a lot of attention. This should free up opportunities for Devonta Smith and Dallas Goedert to thrive. The Eagles play a second-place schedule and have a clear path to double digit wins.

Their division is weaker this year. Dallas got worse, and Washington and New York are both still not there. Philly will get to 5 division wins this year plus they have the Lions, Jags, Bears and Texans on their schedule. That’ll be 4 wins right there, on top of the divisional expectation, has them cruising to at least 11 wins.