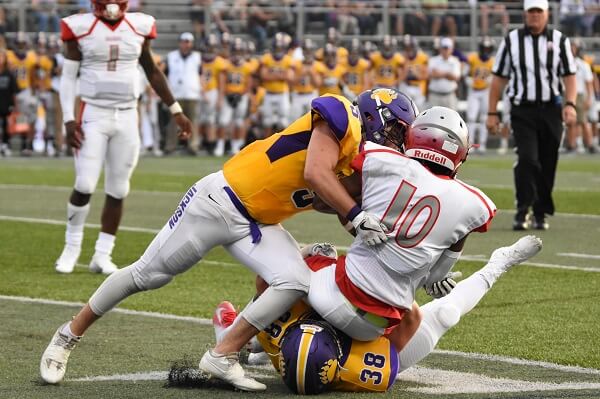 It’s the last week we must endure without meaningful NFL, and we’re all super grateful for that.

The NFL offers a unique betting experience, with only 3 days per week to wager on games. It also offers us the opportunity to really dive in and find the bets that we love the most. Before the season starts though, there are a few more prop futures that I want to highlight.

As I mentioned last week, there is a lot of correlation between what we do in our season long fantasy drafts and how we can parlay those draft picks with futures bets. I drafted guys last night because of their projected value and used their futures numbers to help make those decisions.

Here are a couple (more) NFL full season player props with a lot of value.

The total on Edwards-Helaire rushing yards this season is currently listed at 650.5. This number works out to just about his career average, and he’ll go over this number in 2022. Tyreek Hill leaving for Miami is a big deal for the Chiefs. Fans can say all they want that Mahomes is talented enough to make up for his absence – he might be. However, the Chiefs will need to run the ball more, and control the game more because they don’t have anyone with Hills abilities as a playmaker. A more deliberate offense will come from this, and with that comes more running opportunities.

Edwards-Helaire has averaged over 4 yards per carry since coming into the league two years ago. However, he has never played in more than 13 games. In his first season, he was able to produce 803 yards on the ground, receiving 181 carries. Last season, playing only 10 games, he produced 517 yards on 119 carries. Durability is a concern here, as he has yet to play a full NFL season. That said, this number feels incredibly low if we can get a full year out of him. I have yet to see a fantasy football projection for him that is under 770 yards, which is a stat very relevant to this discussion. Jerrick McKinnon could cut into his workload but if he can produce 50 yards per game then this ticket cashes. I’m playing it, and I’m starting this guy in my flex week 1.

Joe Burrow is money in the bank when it comes to passing. This guy threw 520 passes last season, which resulted in 4,611 passing yards and a trip to the Super Bowl. His season long passing prop is 4,375 (-112) on FanDuel right now. While that over will hit, there’s a better opportunity to get plus money action on another huge season from Burrow. Draftkings has the line over 4,450 yards (+100). I love that bet, and at plus money it’s well worth the wait.

Burrow has another year under his belt, and a much-improved offensive line. That’s without even mentioning that he has the best receiving corps in the entire league. He could be the #1 quarterback in fantasy football this year and all 2022 projections have him over 4,500 yards. Burrow is questionable for week 1, and if he misses time this bet is going to be tough. However, I guarantee he has multiple 400-yard games this season, which will make up for a week 1 absence.

Burrow also has terrific odds to lead the league in passing yards this year, with that number at +950. This type of bet is certainly risky, but it’s fun, and gives us something unique to root for. As far as NFL full season player props go, it’s one of the most exciting. This bet will end up being a 3-horse race, but with Jamar Chase, Tee Higgins and Tyler Boyd catching passes for Burrow, it’s a high value bet.

The Bengals offense is explosive, and I like its chances to cash these prop bets.

This is my first fade of the season, and it’s for good reason. Darren Waller, when healthy, is one of the best tight ends in the league. He is a good route runner, very athletic, and gives defenses fits when trying to cover him. It’s important to emphasize when healthy because he missed 5 games last season and been banged up through training camp.

Waller’s role is also going to seriously change this year with the addition of Davante Adams. Waller was Derrick Carr’s safety blanket, but that’s not the case anymore. Former college teammates, Carr and Adams already have chemistry, and Adams is a top 3 receiver in this league. Expect Adams to eat up most of the target share this season. Hunter Renfrow is also a very talented receiver and will get his looks as well. By default, the addition of Adams takes targets away from Waller. That combined with his durability concerns, makes this a clear fade situation.

His receiving yards prop is 850.5, and I like this under to cash. He just got an extension, and we know what can happen after guys get paid. Expect his target share to be way down, and him to miss at least a couple of games this year.

Let’s sweat out this under for the year together, but it will hit.