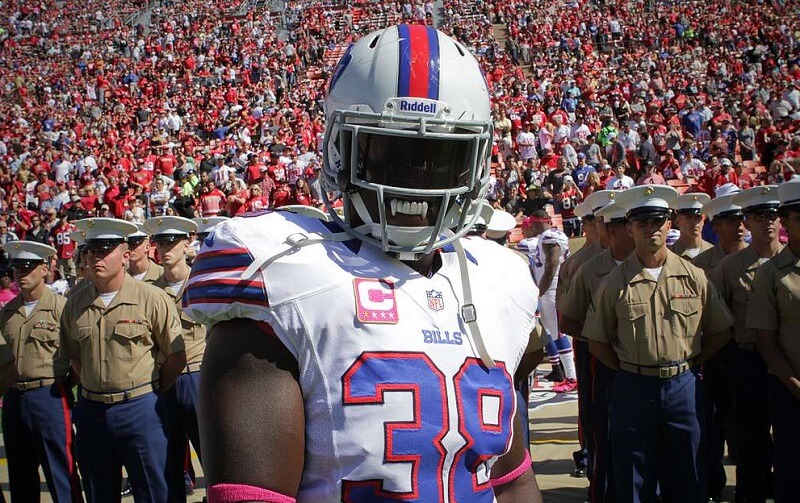 Before we get into our Patriots at Bills preview, we’d like to say that everyone at TheUSGambler sends thoughts and prayers to Damar Hamlin, his family, the Buffalo Bills organization, and everyone involved in the game that took place on Monday Night.

In this week 18 divisional battle, the Patriots try to keep their playoff hopes alive while the Bills vie for top seeding in the AFC. This will be a cold, bitter day in Buffalo and Bills Mafia will be out in force to cheer on their team. Following Monday nights events and the positive news out of the Hamlin camp this week, expect the Bills to play with a lot of heart.

We all know what happened in the game on Monday night. It was one of the scariest things I’ve ever seen watching a sporting event. The good news is that Damar Hamlin seems to be progressing and hopefully on the way to a full recovery. Some things are just bigger than football…

The Pats played much better in their 23-21 win over the Miami Dolphins on Sunday. Mac Jones threw for two touchdowns, and the defense came away with its 4th (!!!) straight game with a defensive touchdown. It got a little dicey at the end with a late touchdown drive by 3rd string quarterback Skylar Thompson, but the Patriots were able to hang on for the win.

The game on Sunday will be broadcast on CBS, with game time set for 1:05 pm ET. Jim Nantz, Tony Romo, and sideline reporter Tracy Wolfson will be on the call. You can listen to the game locally on 98.5, The Sports Hub in Boston.

Stephon Diggs: While Diggs has struggled as of late, I believe we will see a breakout performance from him on Sunday. There was talk of getting him more involved in the passing game on Monday night and expect a similar plan against New England.

Buffalo Running Backs: I like both Buffalo running backs on Sunday, though Singletary is the surer bet compared to Cook. When these teams faced off in week 13, Buffalo ran for 176 yards on the ground; we will see the Bills establish the run game Sunday afternoon.

Mac Jones: Jones tends to struggle against the Buffalo defense in his career, completing only a little more than 56% of his passes. In what will be a juiced-up Bills defense in Orchard Park, Mac is better left on your bench Sunday afternoon.

Jakobi Meyers: I think we see a more ground-and-pound approach from the Patriots. Control the clock and keep the ball away from Josh Allen and the Buffalo offense. Opportunities will be scarce for Meyers and not worth the start in a final’s matchup.

In what will be an emotional atmosphere in Buffalo, it’s hard to pick against the Bills in this game. Additionally, Patriots’ fans will be rooting hard for both the Browns and Jets, as New England can still make the playoffs with a loss. From a betting perspective the Bills should win this one handily and cover the one touchdown spread. However, I’m predicting this will be a much higher scoring game than the oddsmakers think it will be – hammer the over.