On the Docket: CFB Conference Championship Week Picks and Odds 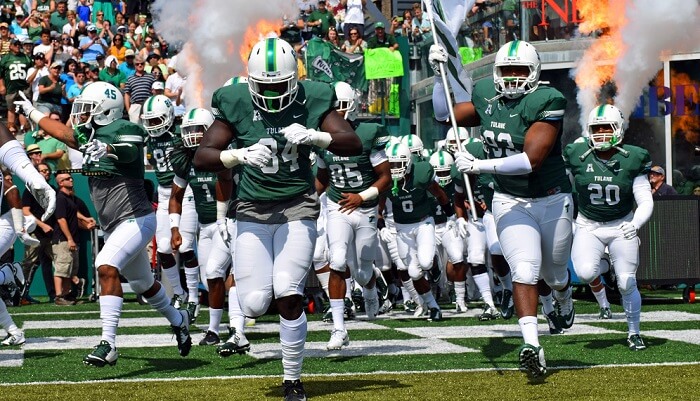 We’ve made it to the end of the regular season and now kick off the postseason with the conference championships. This Saturday has the makings of a nerve-wracking day. There are no teams playing on Saturday that can play their way into the playoff. However, several of these teams could certainly play their way out. It’s time for trophies, podiums, and confetti as the teams below battle to become the toast of their respective conferences. Let’s get the postseason started with a week in the green. Here are your CFB Conference Championship Week Picks. Court is once again, in session.

Southern Cal is on the precipice of a return to what the program once was—nationally relevant. Lincoln Riley raided the portal over the offseason and the new-look Trojans have that old national championship contender look. Led by Heisman favorite Caleb Williams, USC is one win away from the college football playoff. The only thing standing in the way is a team that has already claimed one victory over the Trojans this year—Utah.

Yes, USC will get all the media attention this week. However, you cannot discount the Utes, who also carried a preseason top-10 ranking. Utah has won five of their last six, only falling by three at Oregon. However, the Utes have been banged up and will need to rely on their running game. That could mean trouble for Utah against a Trojan defense that continues to improve. Utah has the attention of the Trojans, and it will be extremely difficult to beat them twice.

We start off Saturday with another rematch for the conference title. TCU will put its undefeated record on the line in what could be the game of the day against Kansas State. In addition to the Big 12 title, TCU will also be playing for a spot in the college football playoff. Sitting in the No. 3 spot of the rankings leaves TCU vulnerable to falling out of the picture with a loss. They will have no choice but to tune out the postseason chatter as Kansas State will be seeking revenge for the loss earlier this season.

It is incredibly difficult to beat a team twice. You will see it Friday night and you will see it again to kick off your Saturday. The Kansas State offense is finally comfortable behind quarterback Will Howard and is peaking at the right time. Eight of TCU’s twelve wins have come by 10 points or less—that will finally catch up with the Horned Frogs on Saturday.

This game lost a bit of its luster when LSU fell to Texas A&M last week. A win would have kept LSU in the playoff race. Plus, a win over Georgia likely would have put the Tigers in the top four. With that storyline gone, the expectation now is a crowning of Georgia, who comes in undefeated and the odds-on favorite to win the national championship. We will all get to see just why in this game—spoiler alert, it will be a bloodbath.

The LSU defense is coming off a performance where they gave up 38 points to a paltry Texas A&M offense. That won’t work against this balanced Georgia offense. To boot, LSU’s offense triggered by the dynamism of Jayden Daniels will be neutralized by a Georgia defense that is riddled with athleticism and talent. Unfortunately for the Tigers, the Bulldogs are on a tear to the national championship and LSU is just a bump in the road.

How about another rematch for the afternoon slate? UCF raced to a 24-7 lead the first time these teams played, besting the Green Wave by a 38-31 final. The Knights will have to return to the scene of the crime with the American title on the line. Can UCF repeat its success on the ground? The Knights racked up 336 yards in the first matchup. Tulane will need to hold John Rhys Plumlee at bay to get the better of the Knights in round two.

There is a reason Tulane is the favorite even after losing to UCF earlier in the year. The first game certainly was not a fluke, but it took several possessions for the Green Wave to settle in the first go around. By that time, it was already too late. Expect Tulane to be ready for the UCF offensive attack on Saturday, especially against a Gus Malzahn offense that has a reputation for being predictable.

The Wolverines will look to repeat as the Big Ten champions against Purdue in one of our two-night games on Saturday. This undefeated Michigan team shocked the college football world last week with a resounding win at Ohio State. The Boilermakers will be making their Big Ten championship game debut, coming in with a respectable 8-4 record and the hopes of pulling off the upset of the day.

This line is too high for several reasons. Michigan is coming off a huge, emotional win against their rival and championship talk has taken off—a letdown would not be unexpected. Also, Purdue has excelled in this role under Jeff Brohm with a 3-0 record against top-5 teams. The pressure will be on the Wolverines and the Boilermakers will have the opportunity to pin its ears back and attack. Michigan wins, but it is closer than they would like for it to be.

The significance of this game also took a hit after Clemson’s loss to South Carolina last weekend. That loss gave the Tigers their second loss of the year and eliminated them from the playoff race. Clemson is still the class of the ACC and will have the opportunity to win another ACC championship under Dabo Swinney. However, they’ll have to go against a dangerous North Carolina team that is seeking their first ACC championship since 1980.

As far as CFB Conference Championship Week Picks go, this play is a fade on Clemson. The Tigers are 2-2 in their last four, with a 21-point loss to Notre Dame and the loss to South Carolina. Clemson didn’t exactly look like world-beaters before that and have been dealing with quarterback issues for the last five weeks. The Tar Heels have been struggling for success lately but seem to make every game they play competitive. Give me Drake Maye and the Tar Heels to make this quite the interesting game.