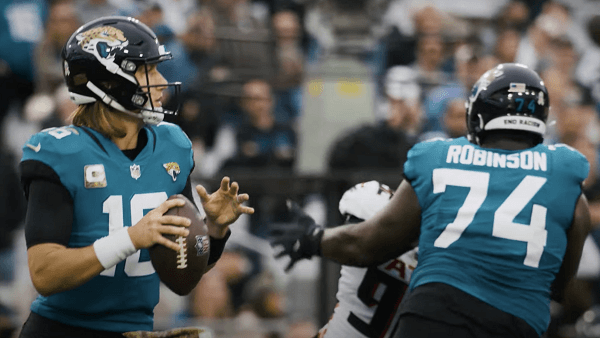 Week 7 of the professional football season is here. A few of this seasons go-to players for props are on BYEs this week, and that gives us an opportunity to dive into some new betting markets. If you’re a weekly reader, you know that I have been basing my prop picks on players I am familiar with from my fantasy teams. With this bye week, I had to be very active on my waiver wire, and I’ve picked a few of those acquisitions to consider as prop bets this weekend. After all, I’ve already wagered on good production from them in my season long leagues, so why not double down on their success this weekend?

Playing a Marcus Mariota prop feels like a crazy idea, and so does picking him to be your fantasy football starter. However, here we are, and I’ve done both. Mariota has been quietly putting up stats this year and leading his team to a respectable 3-3 start. Calling a .500 start respectable is only possible with this team, that had extremely low expectations.

Like Mariota’s overall career record, he has gone 3-3 through 6 games against Sundays rushing number. Sitting at 32.5, this is where the most value lies with him against the Bengals. Mariota is coming off two straight 50+ yard rushing performances. The Bengals have been good against the run at home this year, giving up 80 yards per game in Cincinnati. However, this week will be only the second time they’ve had to play a true threat to run the ball at the quarterback position. and previously gave up 58 yards to Lamar Jackson. I’m not saying that Mariota is anywhere close to Lamar in the run game, but he’s a capable runner. I’m homing in on this because I believe that Cincinnati is going to have a lead that Atlanta will have to chase, and Mariota is not a good pocket passer. He will be looking to bail out of the pocket often, and the Bengals appear to be trending towards missing a couple of linebackers and a defensive end. More reason to think that Marriota can break a few runs. Additionally, Atlanta will be short handed in the backfield so you can expect 2-3 designed runs. Opponents have run the ball nearly 40% of the time against the Bengals, and you’re going to see at least 33 yards out of Mariota this weekend.

The Jags welcome the surprise New York Giants to town this weekend. The Giants are a team that has been good defensively this season against the pass. While they’re allowing a stingy 194.5 passing yards per game this season, that number jumps to 236 on the road. Lawrence has been consistent this season for the Jags, posting a solid TD to INT ratio, and going over 220.5 yards in 4 of his 6 outings this season.

It is worth considering that the Giants are in the bottom five against the run this season. Jacksonville can exploit this with two backs they rely on and who can move the chains. The real reason I like this number is because the expectation is the Jags to be playing from behind. Due to that, Lawrence is going to have to try and stretch the field. A quarterback can get to this number quickly with a couple of big plays, and Jacksonville should make a couple as they try, and play catch up. Look for Lawrence to sling it around the field this weekend and make it 5/7 going over 220.5 on Sunday.

Derrick Henry is a beast, and the Colts are not good against the run. Ranking 20th in run defense, and playing without Shaq Leonard, they’ll have a hard time stopping King Henry on Sunday. The Titans are totally committed to the run. They are thin at receiver and Tannehill is holding onto to his job by a thread. Henry got off to a slow start this season. However, has reeled off two straight 100-yard games, and he’s about to make that three.

The Titans are coming off a bye as well, which means fresh legs for him and his offensive line. He has scored in every game this season, making his touchdown prop a must play. At -190 by itself, I don’t like the juice, but recommend parlaying his overall performance for plus money. It wouldn’t surprise anyone to see him go for 125+ yards and have his best performance of the season. Lock it in now, as I suspect this number creeps up to 90.5 by kickoff.