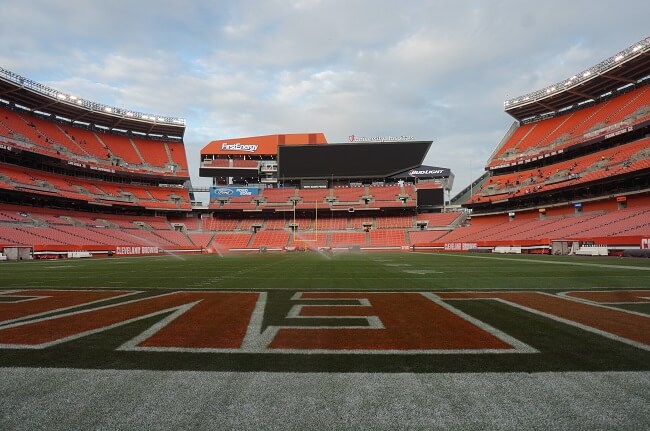 We’re onto NFL Week 3, and we kick off with Week 3 Thursday Night Football.

At this point, we have a little more clarity regarding who’s real and who’s not. The Bills look like the best team in the league, without a doubt. The Buccaneers have an elite defense. Mitch Trubisky is still hot garbage, and the Cleveland Browns, without Deshaun Watson, are still the Browns of years past.

Even though neither team looks like a Superbowl contender, it’s still an exciting matchup. The Browns and Steelers are one of the NFL’s oldest rivalries with 138 regular season meetings between the two teams. The Steelers have the edge with a 77-60-1 record against the Browns. However, Cleveland might be able to close the gap with Pittsburgh’s quarterback issues and best defensive player missing.

Let’s dive into this week’s Wicked Wagers to find out who I’m riding with tonight.

This past Sunday, the Steelers faced off against the New England Patriots at home. Even though the Patriots dominated through the first 3 quarters, the game was closer than the stats showed. The biggest issue with the Steelers lies in their starting quarterback. Trubisky just cannot get the offense going, which then puts all the pressure on the defense. It seems like almost every series is a 3 and out, which doesn’t give the defense any rest. Trubisky’s stat line for the game was 21/33 with 168 yards, 1 touchdown and 1 interception. If he averages 8 yards per completion throughout the season, it’s going to be a long year for Pittsburgh fans.

Defenses will continue to stack the box, expecting Najee Harris to run the ball. That will force Trubisky to air the ball out which he hasn’t had much success doing. We can’t completely chalk up his ineptness to lack of weapons, but Diontae Johnson and Chase Claypool aren’t top receivers. I don’t know how long of a leash Coach Mike Tomlin has for Mitch, but it can’t be very long.

Week 3 Thursday Night Football will be an uphill battle for Pittsburgh, even though the Browns are still the Browns. They must get some sort of run going to open the passing game. Trubisky needs to start off with some early completions, but he doesn’t need to force it with the deep ball. All he has to do is make the Cleveland defense respect the passing game. Pittsburgh won’t have much trouble with the Brown’s offense, even if they are missing T.J. Watt. Nick Chubb will do what great running backs do, he’ll break off a few nice runs, and end the night with a touchdown. Pittsburgh must get to Brissett and not allow him to get comfortable in the backfield.

If you’re a Browns fan, I almost felt bad for you on Sunday afternoon. The first half was closer than it should have been, and the score was tied after two quarters. The 3rd was quiet for the most part, but the Browns started off the 4th with a 3-point lead. Cleveland dominated for most of the 4th quarter, and found themselves with a comfy, 30-17 lead with only 1:55 left.

However, Joe Flacco then led the team down the field for a quick score to cut the lead to six points. No issue as the Browns just had to field an onside kick. However, Amari Cooper’s butterfingers resulted in the Jets recovering the ball, giving the Jets a chance to come back. They took that chance and ran with it. The game ended 31-30. Joe Flacco looked like he turned back the hands of time by about 10 years.

The Brown’s defense shouldn’t have to worry about Trubisky looking like an elite quarterback, he just doesn’t have it in him. What the defense can’t afford to do is let Najee Harris loose and for him to get going. If they contain the star running back and force Trubisky to make some throws, they’ll be in good shape. If Harris starts breaking off some runs and Trubisky starts making some throws, then they’ll be in serious trouble. On offense, the Browns run things through Chubb and Hunt since they won’t have Watson for another couple of months. If backup Jacoby Brissett can keep the ball safe, they should be alright.

For the Steelers, the fantasy football options are limited. Najee Harris is a must start unless you’re stacked at the position and have another great option. Stay away from starting receivers Claypool and Johnson unless you’re in a deep league or desperate.

The Browns have a few more players to look at for fantasy purposes. Nick Chubb is a must start and Hunt is a great RB2/Flex option. Hunt won’t get as many touches as his counterpart, but he has been much more involved in the passing game. With injuries and underperformances around the league at the tight end position, David Njoku might be solid options. Wide receiver Cooper bounced back last week, and finished as the 12th ranked receiver, so fire him up. Cleveland’s defense is a solid streamer option considering Trubisky has played at a high school level so far.

This game will be close, it always is, no matter how good or how bad either team is. The Browns have the better offense, and even though their defense isn’t as good, the Steelers just haven’t looked competent on offense. Cleveland will move on to 2-1 while the Steelers will drop to 1-2.