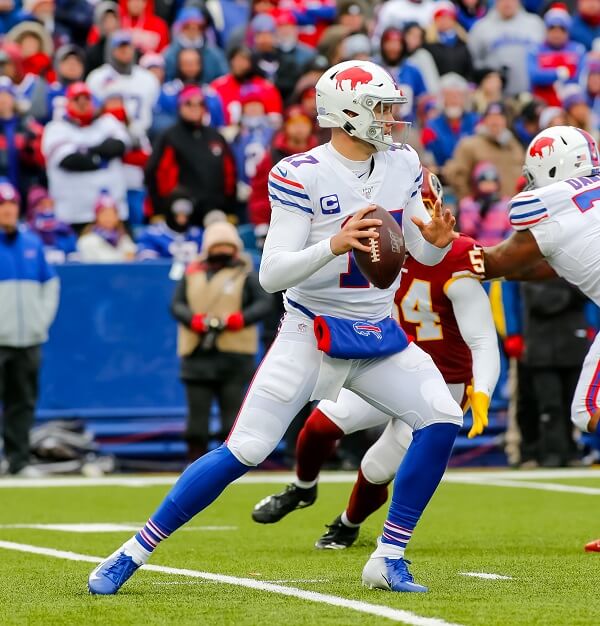 The football season is well underway, and since it’s week 3, we all have some real 2022 stats to look at. How teams are using their players is relatively clear. How teams are playing and what their mindset is at the beginning of each game is also apparent.

After two games in the books, we have more ammunition to go against the sportsbooks and try to beat them. I’ve picked out a handful of NFL week 3 player props that I’m on this week. I’m using data from what my fantasy football players to dive deeper and suggest you do too.

The Vikings secondary is very young and coming off a game where they gave up 323 yards through the air. St. Brown has been on fire since the end of last year. I faded him in week 1, that didn’t work out in my favor and I’m not doing that again.

St. Brown torched the Vikings in two games last year, totaling 17 receptions for 151 yards and 1 touchdown. Brown also has massive usage in this offense, being targeted 24 times through the Lions first two games this season. The Vikings are allowing 249 passing yards per game this year, and 7.3 yards per reception. This will give Brown plenty of opportunities to rack up yards.

Bet on Brown to have another big game on Sunday. I’m also going to play his anytime touchdown scorer prop. Once again, his usage is super high and in an offense that is scoring a bunch of points this season. Place your bet, sit back, and watch him have a monster game.

The David Montgomery that we saw in the second game of the season is the one we expected going into this season. He piled up 122 yards on 15 carries, after a sloppy game against San Francisco, where he only gained 26 rushing yards. He gets a great matchup this week against a Texans team that is allowing 4+ yards per carry this year. They are also giving up 81.5 yards per game to opposing running backs, including allowing 161 yards to Jonathan Taylor.

Montgomery will get to 15 carries, and for a guy averaging 4.6 YPC, that math gets him to 62 yards. He’s got more than enough talent to beat this number this weekend, and he will. I’m also on his Rushing and Receiving Prop which is set at 86.5. He’s probably going to beat this on the ground. However, he’s also had 6 targets in the passing game, for 5 receptions in which he is averaging 7 YPR.

This is low hanging fruit and I’m getting my money in on him.

Chase has been getting the volume in the receiving game despite the Bengals looking horrible through their first two games. This needs to be a get right game for Joe Burrow and crew, and the Jets don’t have anyone that can lock down Chase.

This number feels low and is being skewed by the Treyvon Diggs effect. Last week he held Chase to only 54 yards on 9 targets for 5 receptions. In the opener, Chase was a monster. Expect to see that Jamar Chase on Sunday against a Jets team that ranks middle of the pack defensively. Chase goes over this total and the Bengals get in the win column for the first time this year.

Chase is an elite talent and Burrow is going to load him up with targets. Like Thanos, and Cooper Kupp scoring a touchdown, the over here is inevitable.

Bonus: Pair this with his anytime TD prop and get 2-1 odds.

I’m going to let you in a little secret here… Josh Allen and the Buffalo Bills are extremely good.

Allen has been incredible, picking up where he left off last year, and looking even better if that’s possible. He dominated both the Los Angeles Rams and the Tennessee Titans and posting crazy stat lines in both. Allen passed for 297 yards and rushed for another 56 at Los Angeles in week 1. He followed that performance up with 317 passing yards and 10 rushing yards in week 2.

They travel to Miami Sunday, which admittedly is a difficult place to play in September. However, the Dolphins got torched by Lamar Jackson last week, allowing Jackson to amass 437 yards of offense. The Bills are an offensive juggernaut, and that starts with their quarterback. Diggs and Davis are going to get plenty of opportunities to pile up yards in the secondary, and Allen should rush for at least 50 yards. This number feels a lot like the Montgomery number. Allen could pass this number in the air alone, and the rushing yards will be the cherry on top.

Watch for Allen to have another monster game in Miami on Sunday.

Stefon Diggs (-130) – You must pace this bet. Diggs is on fire. The Bills are on fire. Josh Allen loves him, and Diggs is one of the best route runners in the league. He will score.

Jalen Hurts (-120) – Jalen Hurts has been on a tear to start the year. His rushing ability in the red zone is a huge part of the Eagles offense. He will finish the year with double digit rushing scores and adds to his total this week.

Darren Waller (+170) – After seeing what the Bills did to this defense, the Raiders should try and do the same. Waller is an elite talent, and the Raiders will have many opportunities to take advantage of the double coverage on Davante Adams.

Lamar Jackson (+170) – This number is too juicy not to play. Jackson is the Ravens best running back, and while the Patriots are a solid defensive squad, you cannot stop Jackson. He’s too talented, and he gets in the endzone again this week.

Cooper Kupp (-155) – Seriously, this might be the lockiest of locks in the NFL right now. The dude just catches touchdowns. Kupp hasn’t missed a beat since finishing with his triple crown last year. I’m surprised this number isn’t -190. At -155, it’s an awesome parlay piece that you can count on.

Javonte Williams (+130) – The 49ers are tough, but Williams is the guy in Denver, and they will be able to manufacture scoring opportunities. Expect this to be a surprisingly high scoring game.