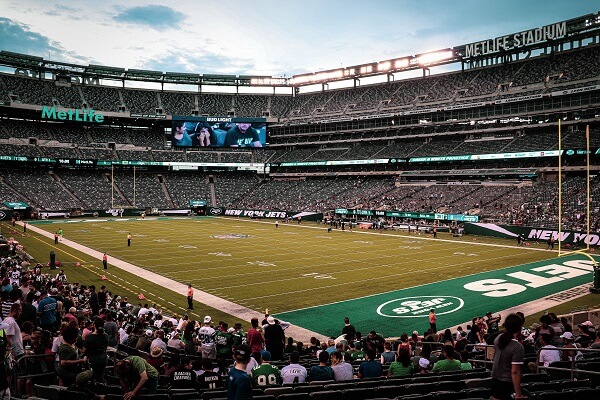 The 0-2 Bengals are in red alert desperation mode for their first win of the season. They will not overlook the Jets, who came back late in week 2 to beat the Cleveland Browns. The Bengals must have learned a lesson from last year’s loss to the Jets.

Following a quiet camp, the media world has turned their negative attention to Cincinnati. They will be laser focused, and they must be. The Jets are coming off a miracle comeback against the Browns. Although Joe Flacco is 9-11 against the Bengals, he seems to be having a career resurrection.

The Bengals should be the better team here, but they also should’ve been the better team the first two weeks. The Jets are a better team than we all gave them credit for, and they showed that against the Browns. This game will be a tough fought battle and the Bengals need to be careful not to underestimate their opponent. Again.

It was a rough day in Dallas for the Bengals, with penalties and sacks limiting the Bengals offense. The defense made Cooper Rush “King for a Day” and allowed the Cowboys to jump out to a 14-3 lead. Even though they tied the game, it wasn’t enough as they lost by a field goal.

In week 2, the Jets were definite benefactors of luck and bad Cleveland decisions. They were able to pull off a miracle comeback win behind rookie Garrett Wilson’s 2 touchdowns and 102 yards. Nick Chubb could have iced the game by falling instead of getting his 3rd touchdown. That decision allowed the Jets to score, recover an onside kick, recover, and get the win.

Game will be at 1:00 PM EST on CBS. Broadcasters will be Ian Eagle and Charles Davis.

Ja’Marr Chase: Chase has a quieter week 2 after balling out in week 1 but he’s a must start. We’ll also start to see him have repeats of week 1 as this offense starts to settle in.

Joe Burrow: Joe Burrow hasn’t had a great game yet and has still put up 22 and 16 points respectively. He’ll start to settle in over the next few weeks and when that happens expect to see 20+ regularly.

Garrett Wilson (PPR):  Garrett Wilson is the real deal, and he showed it last week. Even if he is still solid, it’s clear now that Corey Davis isn’t the receiver he once was. Wilson will get more and more targets every week, making him an excellent PPR flex play.

Jets Running Backs: Week 1 was the week of Michael Carter, and week 2 was the week of Breece Hall. Whose week will it be this week? No one can say. Additionally, the Bengals linebackers have been the bright spot for this team through 2 weeks. If you can skip the Jets rushers, we’d recommend it.

Jets’ Defense: The Bengals are going to come out firing on offense. The Jets defense has been okay through two weeks, but they won’t be able to match Cincinnati. Sit ‘em.

Tyler Boyd: Boyd is a good wide receiver but it’s clear that he’s at the bottom of Burrow’s choices.

This is a complete desperation game for the Bengals. The NFL Gods aren’t too kind to teams that start 0-3. The lack of preseason for the Bengals newly built offensive line has proved to be costly. On top of that, La’el Collins may be out due to back issues.

The Jets are feeling confident after last week and will have no fear of Cincinnati. Look for the Bengals to come out sharp and determined. Joe Burrow has a pretty good track record when his back is against the wall. This offense still has a ton of talent, look for it to bloom on Sunday.