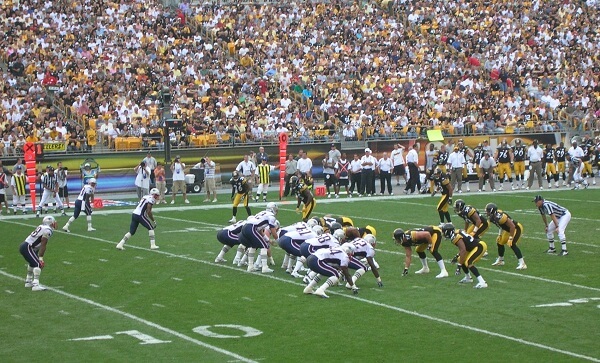 The New England Patriots and Pittsburgh Steelers have one of the most storied rivalries in NFL history. The two teams have met 28 times, with the Patriots winning 13 of those meetings. The most recent meeting between the two teams came in 2019, with a 33-3 win in New England. However, a lot has happened in Foxborough since the 2019 season.

The Steelers started the season on the right foot as they came out victorious over the defending AFC champions on the road. The win did come at a price, however, as they will be without standout TJ Watt, who was placed on IR with a torn pec.

The Patriots are coming off a disappointing loss to Miami in week 1, where the offense looked like it had no identity. Now with the question of Mac Jones’s back injury, there’s a lot of uncertainty for the Pats heading into Sunday. Expect a heavy dose of the two-headed monster of Damien Harris and Rhamondre Stevenson as they look to find a rhythm on offense.

The game will be televised nationally on CBS, with kickoff set for 1:00 pm ET. Ian Eagle, Charles Davis, and Evan Washburn will be on the call. The Patriots are -2.5-point favorites, even with the game in Pittsburgh.

We’ll see another relatively low-scoring game here. The difference will be forced turnovers by the Patriot’s defense and finishing drives by the offense. The Pats need to play with a sense of urgency because in weeks 3-4, they face former MVPs Lamar Jackson and Aaron Rodgers. Expect a tight game, but the Patriots find a way to knot their record at 1-1 to begin the season.

Steelers Defense: Even with the loss of T.J. Watt, the Steelers defense should more than hold their own against the Patriot’s offense.

Patriots’ Defense: This could be a week where we see the defense accumulate many points off turnovers. As we know, Mitch Trubisky has a history of turning the ball over, and Bill Belichick will look to confuse the former Bears QB. I don’t expect many points for the Steelers offense in week 2, so this could be a high-floor, high-ceiling play.

Damian Harris: Expect a heavy diet of the running game with quarterback Mac Jones being limited with a back injury.

Kendrick Bourne: Bourne played just two snaps on Sunday from being in Matt Patricia’s doghouse after being late to a preseason game. Bourne is too much of a risk for fantasy owners. Sit him on your bench this week for a safer option.

George Pickens: Many fantasy GMs have Pickens stashed away on their bench after what was an impressive preseason. While that may pay dividends later in the season, it’s not the week to give him a start. It will take time to build a rapport with Mitch Trubisky and learn the ins and outs of the offense.

Either QB (Mac Jones/Mitch Trubisky): I can’t imagine either QB having anything above a pedestrian game on Sunday. Both will ultimately be game managers who try not to lose it for their respective teams.

The Patriots win 20-17 on a last-second field goal by Nick Folk. This game is another tossup in who will win; as they’re evenly matched. But overall, the only play I’d be confident in is the under at 40.5. Consider the Pats ML and spread as well since they should win by at least a field goal.