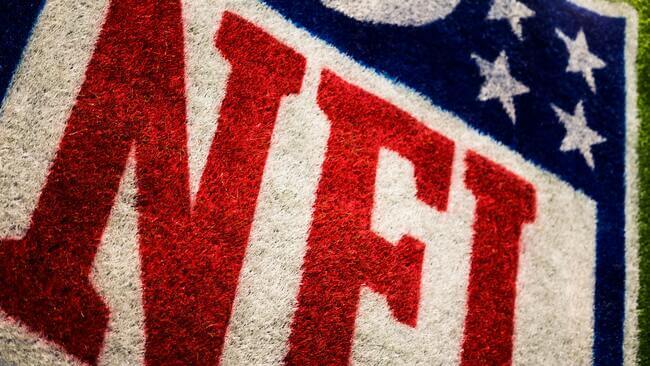 With no Thursday Night Football, Week 18 kicks off on Saturday with two games you won’t want to miss. The Chiefs take a trip to Vegas to take on a divisional foe. If Kansas City wins, they will have a shot at the AFC top seed but Las Vegas would love to play spoiler. For the late game, the Titans host the Jaguars, and the winner will head to the playoffs. Tennessee is on a 6-game losing streak while Jacksonville has won four in a row. Can the Titans and Derrick Henry stop their skid and upset the Jaguars? Let’s dive into the NFL Week 18 Picks for the Saturday games.

Kansas City has absolutely dominated the Raiders over the last few years, winning nine of the last ten meetings between the two. They enter Week 18 on a 5-game win streak and look to move into the playoffs as one of the hottest teams in the league.

The Chiefs have one of the best offenses in football and they won’t have a problem moving the ball against a poor Raiders defense. They rank 1st in points, passing yards and total yards per game and they face a defense that ranked bottom-5 in almost every category. The ground game hasn’t been as successful as we’re used to, but Isiah Pacheco has done a good job at taking over the lead role. In the receiving game, tight end Travis Kelce will be double teamed all afternoon but still manage a big game.

On the defensive side of the ball, Kansas City has been average. However, they’re better than some of the defenses they’ve trotted onto the field over recent years. They’ve been good against the run and if Josh Jacobs plays, they’ll have to limit his success. Opposing wide receiver Davante Adams can’t be stopped, but the Chiefs will just have to watch the deep ball.

Last week was a controversy filled week for the Raiders. Derek Carr, who has been the team’s starting quarterback for 9 years was benched, and subsequently left the team. In his absence, Jarrett Stidham was named the starter for the first time in his career. He went on to have a great game against one of the best defenses in the league.

The biggest question for the Raiders will be the status of running back Josh Jacobs who leads the league in rush yards. He’s missed two straight practices because of personal reasons. If he misses Saturday’s game, you can write the Raiders off. They’ll become a one dimensional offense and all the Chiefs will have to worry about is Davante Adams.

There’s no doubt the Chiefs will move the ball against a weak defense, but the Raiders tend to be a little stingy against Kansas City. If they can limit Mahomes and the passing game, they won’t have to worry much about the opposing run game.

Even though the Chiefs have owned the Raiders as of late, these games tend to be closer than they should be. The Raiders will be playing just for pride at this point, and they’ll put up a fight with nothing to lose. However, Kansas City is too good to lose this one and comes away with the win and the 1 seed.

Tennessee once held a very comfortable lead in the AFC South after a 7-3 start to the season. However, a slew of injuries on both sides of the ball have contributed to their 6-game losing streak. Will resting their starters in week 17 pay off?

Derrick Henry is the center of the offense, and he will have to have a monster game for the 6.5-point underdogs to upset the Jaguars. Josh Dobbs will start as the quarterback for the second game in a row, but there’s only so much he can do considering he’s only been with the team for three weeks. He doesn’t have any weapons at the wide receiver position so he’s facing an uphill battle in this one.

The defense has their work cut out for them. They are slightly better than average in terms of points and rush yards allowed per game, but their secondary is a completely different story. In one way or another, every corner and safety for this team is hurt, and they’ll have to deal with a red-hot Trevor Lawrence.

Winners of five of their last six, the Jaguars are one of the hottest teams in the league. Less than a month ago these two teams faced off and the Jaguars won by two touchdowns. Expect them to dominate again this week.

Trevor Lawrence has taken a huge leap in his second year in the NFL. He faced many doubters after his rookie campaign, but he’s since silenced all the naysayers. Lawrence leads an offense that is ranked 10th in passing and total yards per game, the offseason additions of pass catchers has panned out. Going up against one of the worst secondary units in the league, Lawrence will put up an easy 300+ yards.

If there’s one area the Jaguars will need to improve on, it’s defending the pass. They’re ranked 28th in passing yards allowed per game, but luckily, they won’t have to worry about that this week. Their sole job on Saturday will be to slow Derrick Henry down. Henry will have a good day, but the Jaguars just can’t let him have a 200 yard and three touchdown stat line.

The Jaguars are too hot, and the Titans are too hurt – it’s as simple as that. Trevor Lawrence will be able to throw the ball downfield as he pleases, and Jacksonville will win the AFC South for the first time in five years. From a betting perspective, the books have put the line just under a touchdown, by the hook. However, based on my score prediction, this will be a layup of a bet with the Jags easily winning by ten points.