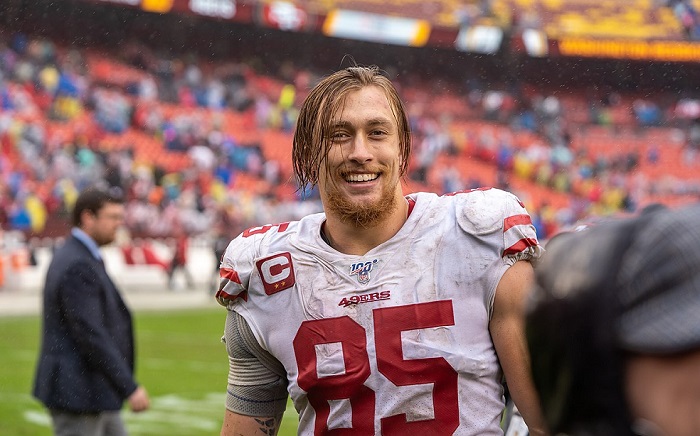 The NFL Week 15 kicks off with the (9-4) 49ers facing off against the (7-6) Seahawks in an NFC West matchup. Thursday night football this year has been up and down, but mostly down. However, after an epic Baker Mayfield comeback last week, there is hope for an even better game with two winning teams squaring off. Get prepped for the action with our NFL Week 15 TNF preview and betting picks.

San Francisco has been absolutely rolling. They enter this game on a 6-game win streak and look to extend it to seven games. After Jimmy Garoppolo went down mid-game two weeks ago, fans almost hit the panic button. However, it doesn’t really matter who they have at quarterback when the defense is lights out. Also, it doesn’t hurt to have Christian McCaffrey in the backfield. Especially now that wide receiver Deebo Samuel is out for at least the next few weeks.

Samuel was carted off the field after a gruesome hit, and initial expectations was that they lost the explosive hybrid player for the season. However, tests revealed he only suffered a sprained knee and ankle, and he will return before the playoffs. Look for Brandon Aiyuk to step up in Samuel’s absence with at least a few more targets.

Brock Purdy has done a great job at filling in at the quarterback position for Jimmy Garoppolo. However, Purdy now finds himself banged up as well. He enters this game with a questionable designation due to an oblique injury, but he’s still expected to play.

The game plan for San Francisco will be to attack the Seahawks defense with the ground game since Seattle is one of the worst teams against the run. They’ll want to protect Purdy throughout, so it’s good that McCaffrey looked like his old self against the Buccaneers. He’s sure to feast on Thursday. The 49ers will control the clock and win the time of possession battle.

San Francisco leads the league in points allowed per game at 15.2, and they’ve only given up forty total points over their last three games. This Seattle team hasn’t been good running the ball, while the 49ers have been the best team against the run. If San Francisco can limit yards through the air, they will have no problem moving on to 10-4. They were able to shut down the all-explosive Miami defense just a couple of weeks ago, so they won’t have a problem against the one-dimensional Seahawks offense.

At one point this season, the Seahawks stood on top of the NFC West. However, they’ve now lost three out of their last four. Additionally, their defense has been among the worst in points total yards and points allowed per game. They’re horrible against the run and the 49ers have found great success on the ground behind McCaffrey.

On offense, the Seahawks have their top running back Kenneth Walker III returning from injury. This addition will give their offense a much-needed boost. He missed their last game and the 2nd half of the week prior. If Seattle want any chance at winning this game, Walker will have to somehow find success on the ground.

Quarterback Geno Smith is the odds on favorite (-600) to win the Comeback Player of the Year Award. To this point in the 2022 season, he has had no issue throwing the ball to receivers Tyler Lockett and DK Metcalf. The only place where the 49ers have been susceptible has been against the pass. However, the 49ers defense has been suffocating offenses over the last month.

Defensively, the Seahawks don’t have much going for them. They find themselves at the bottom of almost every defensive category, except for passing yards per game. However, that really won’t matter this week. The 49ers will give Christian McCaffrey as many touches as possible. Especially against a defense who has given up more than 150 rush yards in four straight games. The defense has their work cut out for them on Thursday.

These teams are going in opposite directions and there is no way the Seahawks come out victorious in this one. The 49ers will sustain long drives on the ground that tire out the defense, thus keeping the ball out of Geno Smith’s hands. They’ll get out to a commanding lead and eliminate the run game from Seattle. Thursday games are typically low scoring due to the short week and factoring in San Francisco’s defense, take the under.