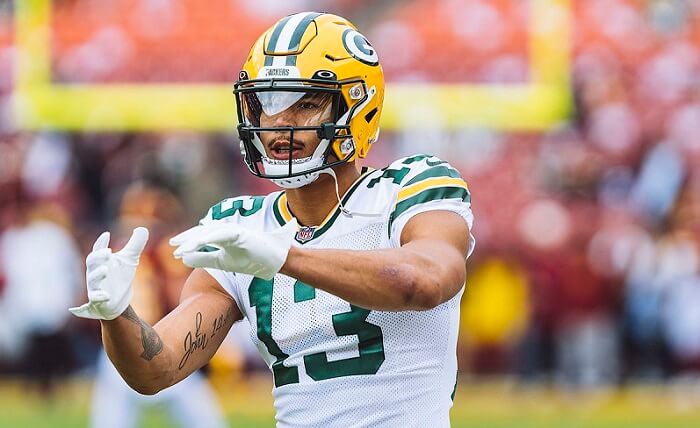 Week 14 Thursday Night Football ended in shocking fashion. After just 48 hours of preparation with his new team, Baker Mayfield staged an impressive 98-yard touchdown drive to seal a comeback win against the Raiders. Let’s dive in and see if he will continue that momentum into NFL Week 15 MNF.

The defending Super Bowl champs are in absolute shambles this season. After winning their first Super Bowl in 22 years, they have completely regressed this season. They currently sit at 4-9, putting them at last place in the NFC West. The opening game massacre they experienced in week 1 seems to have set the trend for their season.

To make matters worse, they are down their starting quarterback in Matthew Stafford as well as 2021 Offensive Player of the Year Cooper Kupp. In addition to that, backup quarterback John Wolford is also injured.

Enter Baker Mayfield. The Rams claimed the former Heisman Trophy winner last Tuesday after he was dropped by Carolina. Mayfield didn’t start the game, but he sure as hell finished it. He led a 98-yard drive in the closing minutes of the game to cement a comeback victory at SoFi Stadium. He will get the nod again Monday Night against Aaron Rogers and company and will face a Green Bay defense that has been stingy in the passing game. To this point in the season they have only allowed 192.9 passing yards per game. Los Angeles will need to get Cam Akers going in the run game if they want to walk out of Green Bay with a victory. Akers and Darrell Henderson have combined for just 659 rushing yards this season. They have a great opportunity to gain some confidence Monday Night as they face a truly terrible Green Bay run defense.

Everything about the Rams has been off this year and their defense is no exception. Coming off a year where they ranked 2nd in team defense, they have done a complete 180 this season. They are allowing 344 yards per game which has them ranked 12th in the NFL. While they are better than average, this is a huge step down from their 282 yards per game in 2021.

Although Los Angeles’ playoff chances may be as good as dead, there is optimism that they will be getting their All-Pro defensive tackle, Aaron Donald back this week. Donald hasn’t played since November 27th due to an ankle injury. There is optimism that he will be available but with the Rams sitting at 4-9, he will have to be 100% for it to be worth it. A fully healthy Los Angeles still has the talent to repeat last year’s success and it wouldn’t make sense to jeopardize the players health with nothing to play for.

Aaron Rodgers and company find themselves in unfamiliar territory as they are set to enter their week 15 matchup against the Rams. Green Bay is currently 5-8 and their playoff chances are non-existent barring a miracle turnaround and a ton of help.

They enter Monday Night following a win against Chicago last week at Soldier Field. Beating the Bears is nothing new for Aaron Rodgers and he will look to build upon his Monday Night victory. Rodgers passing production has gone down this year, as expected, without his All-Pro wide receiver Davante Adams. The future Hall of Famer is averaging 220 passing yards per game which is below his career average of 258 yards per game. Rogers will have plenty of opportunity to throw the ball Monday Night as they face the 5th best run defense in the NFL. This game will come down to Rodgers’ ability to get the passing game going in order to open up the field for running back Aaron Jones. While the Packers may be a bad football team, Jones (847 yards) is on pace for a 1,000-yard season on the ground.

The Green Bay defense has struggled tremendously against the run this season. This is their game to gain some confidence as they face a terrible Rams’ running attack. The Packers are allowing 154.8 yards per game on the ground, which is the 5th worst in the NFL. They face a Rams’ team that is only rushing the ball for 86.1 yards per game. Green Bay’s pass defense is on the complete opposite side of the spectrum allowing just 192.9 passing yards/game. The key to this game will be forcing Baker Mayfield to throw the ball and not allow him to get comfortable. Mayfield is still extremely new to the Los Angeles’ offense and the Green Bay defense will need to take advantage. This defensive unit has been absolutely torched in 2 of their 3 last games allowing 40 points to Philadelphia and 27 to Tennessee. Monday Night will be a perfect opportunity to face a less formidable offense and gain some late season confidence.

Before the season began, this game would’ve been looked at as a monumental matchup with huge playoff implications. No one would’ve expected both of these teams to be 3 and 4 games under .500 respectively. Green Bay enters this game as a 7-point favorite. The Packers are coming off a bye week and the Rams have to travel to the Frozen Tundra aka Lambeau Field. It is going to be deathly cold Monday Night and Baker and company won’t be ready. Aaron Rodgers is going to have a huge night on Primetime and Green Bay will move to 6-8.