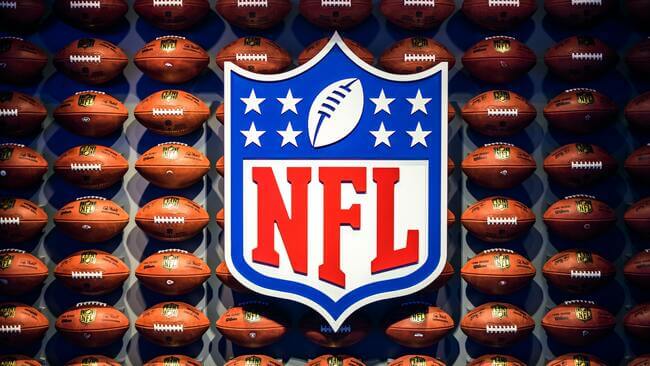 The NFL week 13 kicked off with the Buffalo Bills laying a beating on the New England Patriots. As we head into Sunday, there are several crucial games on the docket. When sports betting, there isn’t value on every game, and it’s even best to stay away from some. Our experts have scoured Sunday’s slate and previewed the best games with the best NFL Week 13 odds.

The Titans will be looking to get Derrick Henry back on track. The running backs had a difficult last 3 weeks. Ryan Tannehill has managed to pick up the slack, but Tennessee is a team that wants to rely on their running game, thus giving Tannehill a game manager role. The pressure is off for the Titans the rest of the way, as the team leads their division by 3 games.

The matchup of Derrick Henry against the Eagles D-line will be a matchup to watch. Henry has been held steady the past couple weeks, failing to break anything big. Fletcher Cox and Jason Hargrave will be among the guys tasked with stopping Henry in this one.

The Eagles will continue their push for the 1 seed in the NFC this Sunday. Last week against the Packers the Eagles ran for 363 yards, which was the 5th most for a team in the 21st century. Jalen Hurts and Miles Sanders have been giving defenses headaches all year and don’t plan on stopping anytime soon.

Matchup to Watch: Jalen Hurts vs the Titans linebackers will be the matchup to watch in this one. The Titans will need to use someone as a spy to make sure Hurts doesn’t have the kind of running game, he had last week. They’ll also need to drop into coverage when defending against the pass.

The Titans manage to make this one a game thanks to Derrick Henry’s breakout performance. Ultimately, their counterparts offensive firepower is too much as the Eagles escape with their eleventh win of the season.

The Jaguars will be looking to build on their impressive come from behind win last Sunday against Baltimore. Trevor Lawrence has shown flashes this year but has struggled to turn that into consistency. They’ll want him to step up in this one but it will be the defense’s job to keep a Lions team that likes to score points at bay.

Trevor Lawrence vs the Lions secondary will be interesting to watch. The Lions have struggled all year with the pass and Lawrence is coming off a solid performance. We’ll see if Lawrence can keep it up versus a bad Lions secondary.

The Lions have been hot and Dan Campbell’s team is figuring out ways to win games, against good opponents too. It’s been their inability to deliver in late game situations that has plagued this team under Campbell’s tenure. It’s also been their defense, who rank last in the league in points allowed per game. They won’t be facing an offensive juggernaut this week. The Detroit faithful will be patiently waiting for their defense to come through.

A crucial matchup here will be Jamaal Williams versus the Jags running game. Williams has scored five touchdowns in his last three games and will be the go to guy in short yardage situations.

The Lions defense will finally come through, forcing Trevor Lawrence into a couple turnovers. It will be all Jared Goff and company need as they move closer to being a .500 football team.

The Commanders are winners of three straight and six of their last seven. Somehow that still hasn’t gotten them out of the cellar in the NFC East. They’ll have a chance to change that this week in the Meadowlands. The books are favoring the Commanders over the Giants, who have struggled since starting the season 6-1.

Terry McLaurin is primed for a breakout game. The Giants secondary will be tasked with preventing such a performance. He’s Taylor Heinicke’s top target so he’ll need to be tightly covered.

The Giants will need more from Saquon Barkley if they expect to hold onto a playoff spot. Barkley has been a non-factor in three of his last four games. When Barkley shows up the Giants win. It’s difficult to have this much riding on your running back. However, these are the circumstances because the team has been unable to turn quarterback Daniel Jones into a star.

The matchup to watch is the Giants pass catchers versus the Commanders secondary. Daniel Jones will need them in third down situations and with so many of them banged up they’re going to have to go down the depth chart.

The Commanders will come away with their 4th straight win as Taylor Heinicke continues to impress under center. The Washington defense contains Barkley to help lead the Commanders to their 8th win of the season.

New York looks like a completely different football team after the benching of quarterback Zach Wilson. Mike White stepped up and had a great performance, finishing with 315 passing yards and 3 touchdowns. The Jets open as 2.5-point underdogs, and it will be a close game.

They run the ball well and their defense is stingy. One player to watch is wide receiver Garrett Wilson.  To this point, he’s had a respectable rookie campaign. However, last week he finally erupted for 95 yards on 5 catches and 2 touchdowns. With White slinging the ball, Wilson is due for a big game against a Vikings defense who allows the most passing yards per game.

This season, Minnesota has done an excellent job at winning close games. They will need to have a clean game to win against the Jets who have seemingly found their quarterback.

New York is ranked top-10 in almost every defensive metric, and Kirk Cousins can’t afford to give the ball up. They’ll try to lean on the run game early, something they haven’t done particularly well so far this season. If that’s not working, Cousins will target superstar wide receiver Justin Jefferson.

This will be a low scoring game that will come down to the final minutes of the 4th quarter. The Jets have a great defense but haven’t established themselves as a great team yet. This is mainly due to their lack of consistency. Kirk Cousins will do just enough to move the Vikings to 10-2.

Indianapolis has benefited from a mid-season coaching change, but they still have a glaring weakness at quarterback with Matt Ryan. Their offense has been flat-out stale except for Jonathan Taylor. However, they do have a solid defense that ranks 11th in points and 5th in total yards allowed per game. This week, they have their work cut out for them against the Cowboys who are starting to hit their stride.

The Colts offensive line play has played much better recently. However, it’ll be tough going up against one of the best defensive lines in the league. They’ll do their best to keep opposing linebacker Micah Parsons in check, but he’s bound to get to the quarterback at least once on Sunday.

The Cowboys have a myriad of weapons at their disposal on both offense and defense. On the offensive side of the ball, they have quarterback Dak Prescott and wide receivers Ceedee Lamb and Michael Gallup. In the running game they have Tony Pollard and Ezekiel Elliot, and finally, at the tightened position, Dalton Schultz. They have found great success on the ground with their dynamic duo, and Dak has made CeeDee Lamb a top wide receiver in the league. They’ll look to dominate with the run game against an average rush defense, and air the ball out if and when they have to.

Dallas’ defense hasn’t been great against the run, so they’ll focus on stopping Jonathan Taylor. The Cowboys will stack the box and force Matt Ryan and the wide receivers to win the game. However, it’ll be too much for the Colts and Dallas will run away with an easy victory.

After defeating the Cowboys, the Packers have lost two straight. Quarterback Aaron Rodgers looks to get the Cheeseheads back into the win column on Sunday. Green Bay’s playoff chances are very slim, but there’s still pride on the line – plus every NFL team loves being a spoiler. Rodgers is accustomed to sitting on top of the NFC North, but the Vikings have locked down the top spot.

As the season has progressed, wide receiver Christian Watson has established himself as the #1 target for the Packers. He has a whopping six touchdowns in the last three games. Against a depleted secondary, he’s in for another big game. Aaron Jones also has a juicy matchup, and you can count on him to rush for over 100 yards and find the end zone at least once.

Chicago isn’t playing for anything other than bragging rights for the rest of 2022. They’ve dealt their key defensive pieces and their secondary has been decimated by injuries. The bright spot on the team as of late has been quarterback Justin Fields, but he’s a bit banged up. He injured his left shoulder a couple of weeks ago and missed last week’s game. However, he doesn’t carry an injury designation going into Sunday’s game so this should be a good one.

Green Bay’s defense is average at best, and Chicago’s ranks in the lower half of the league in points and total points allowed so this will be a high scoring game. Aaron Jones will have a field day for the Packers, and Justin Fields will work his magic to keep his team in it, but the Bears will ultimately fall short.

Mike McDaniel’s has come to Miami and created a perennial contender. He’s created an offense that is second to none, and he’s done it with a quarterback whose arm talent was once in question. The Dolphins are set to have their biggest test of the year this week in Silicon Valley. The Niners defense ranks first in the NFL in points allowed per game.

An important matchup to watch is how Jeff Wilson Jr. handles his former team’s defense. It will be one of the stories of the game. Wilson was dealt to Miami at the deadline and will be looking for revenge against the league’s best rushing defense.

The 49ers enter Week 13 in sole possession of first place in the NFC West. The defense, led by Nick Bosa, has been sensational. Additionally, Jimmy Garoppolo has been great over his past five games, throwing for nine touchdowns and just one pick. They’ll now look to extend their winning streak to five games, while ending their opponent’s streak.

The Niners secondary will have their hands full with the Dolphins dynamic passing attack. How they plan to contain Tyreek Hill and Jaylen Waddle will be interesting to watch. They’ll have to come up with their own plan because no one seems to have figured it out yet.

This is a league where good offense beats good defense and that’s what we see happen in this one. Mike McDaniel’s’ team narrowly escapes in what could very well be a Super Bowl preview.