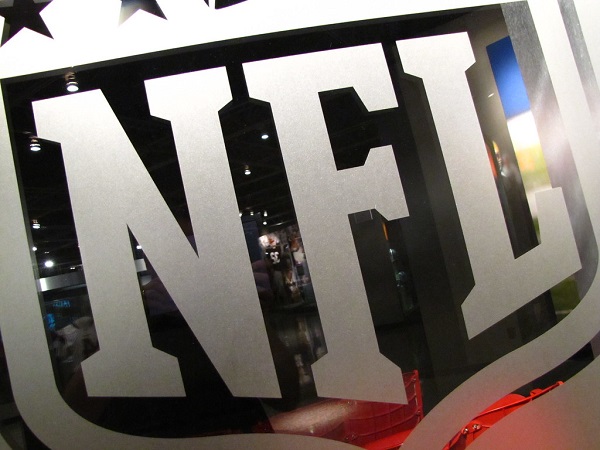 The NFL week 12 kicked off on Thursday with three fantastic games, and with the favorite winning in each. Sunday of week 12 will feature key matchups in both conferences, as well as teams playing for their lives in competitive divisions. Get prepped for the full slate of games with our NFL Week 12 picks and previews, plus the best sportsbook offers for betting this Sunday.

The Broncos have not turned things around since their surprisingly slow start to the season. They’re now 3-7 with a road game coming in Carolina. The Nathaniel Hackett/Russell Wilson pairing has been a failure. If Denver can’t salvage the second half of the season they could look to move on from this pairing in the off-season. They have a good chance to start their turnaround this week against the lowly Carolina Panthers on Sunday.

The key matchup in this game will be the Panthers defense against Russell Wilson. Expect a full press from early in the game, leading to a few turnovers and points for the home team.

Sam Darnold will make the start at quarterback for the Panthers in Week 12. Darnold is yet to throw a pass this season but will become the third starting quarterback for Carolina this year. They are starting to look like the Cleveland Browns of old with the way they are speeding through quarterbacks.

Darnold will look to change the fortunes for an offense that has failed to get it done all year. Their 28% 3rd down percentage ranks them dead last in the league. They’ll look to improve upon that number against a team that has equally struggled this year.

The Broncos will dig themselves further into a hole in Carolina. Sam Darnold will capitalize on a couple Russell Wilson turnovers early in the game to help lead his team to victory in his season debut.

Most critics expected the Falcons to be bottom dwellers this season. They’ve proved everyone wrong as they head into Week 12 only half a game back in the NFC South. The team’s rushing game led by Tyler Allgeier and Cordarelle Patterson ranks third in the NFL. They’re going to need those guys to step up again as they look for a big road upset in Washington.

A matchup to watch in this game will be how the falcons running game gets through the Commanders front seven. They are a group of guys, led by Pro Bowler Chase Young and they can stuff the run.

The Commanders are winners of five of their last six but remain in the cellar of the stacked NFC East. Taylor Heinicke has been able to get the team going since taking over for Carson Wentz. Home games against winnable opponents are must wins for this team if they hope to make the playoffs this year.

This will be a better and more competitive game than people think. Both of these teams are playing well right now and are being led by dual threat quarterbacks. However, the Commanders will take care of the Falcons because they will hold Marcus Mariota at bay. For Washington, Taylor Heinicke will account for two scores as his team heads into Week 13 in Wild Card position.

The Bears don’t have many wins to show for it, but their offense has had a phenomenal November. Justin Fields has turned into a fantasy superstar. Along the way he’s managed to rack up points through the air and on the ground. Fields is nursing a shoulder injury which puts his status in question. If he can go, he will look to deliver the Bears their 4th win of the season. On Sunday, they head to the Meadowlands as three-point underdogs.

The big matchup in this one will be Fields against the Jets front seven. If he can move and make magic with his legs, they could come out of this one with a win.

The New York Jets had a controversial week as they decided to turn to quarterback Mike White. It was Zach Wilson’s lack of competence and accountability that led to Robert Saleh’s decision. White showed plenty of flare during his playing time last season. It will now be his job to lead the Jets to their first postseason appearance since 2010.

The Jets defense has been lights out this season behind a monster rookie year from Sauce Gardner. First Darelle Revis and now Gardner, apparently the Jets just breed all-time great cornerbacks. Anyway, if the Jets defense can contain the recently explosive Bears offense, then they can bring their win total to 7. They need this win in an extremely competitive AFC East division.

The Bears will falter once again in a one possession game. Fields will continue to rack up the fantasy points, but it won’t come with a win. Mike White will secure himself at least one more start as he leads the Jets to victory at home.

Las Vegas will head to Seattle this week looking to salvage what they can from the 2022 season. The Raiders enter this week with a road record of 1-5 after winning in overtime in Denver a week ago. This season, quarterback Derek Carr is throwing for 250 yards per game and has a 15/5 touchdown to interception ratio. However, he hasn’t been able to get in the win column this season.

This week, the key to winning will be for Carr and running back Josh Jacobs to establish a lead. From there, they need to work to get the ball in Jacobs hands often. The Seattle defense ranks near the bottom in rushing yards allowed and receiving yards allowed to running backs. It will be Jacob’s week to take over.

Seattle comes into Week 12 after a week off, rested, and ready to get back to winning at home. Especially after taking their first home loss two weeks ago. The Seahawks have been a surprise to most fans this season. The key to their success has been an offense led by quarterback Geno Smith and rookie running back Kenneth Walker III. The Seattle offense this season is scoring almost 26 points per game while Smith’s averaging 250 yards through the air.

The Seahawks will need to mix both the passing and running game to put points on the board and win. The defense will also like to see an early Seattle lead, keeping the ball out of Josh Jacobs’ hands.

Statistically, these two teams are evenly stacked: they each allow 24 points per game. They also average 250 yards passing per game, over 100 yards rushing per game, and allow 380 yards on defense. Head-to-head, Seattle comes into this game with more weapons on offense and a defense that will hold up against Carr and Jacobs. Look for a close game decided by a late field goal.

After a win over the Rams, the story remains the same for New Orleans. They have a losing record but are still in the division race. This week the Saints will head to San Francisco to take on one of the better teams in the NFC. They will need a big game from running back Alvin Kamara, who has only one rushing touchdown this season and hasn’t topped 100 yards since Week 5.

New Orleans’ offense will be run by quarterback Andy Dalton again this week, after his 260-yard, three touchdown performance last week. This week Dalton and Kamara will face a defense allowing only 17 points per game that has effectively limited both quarterbacks and running backs.

In October the 49ers lost a disappointing game to Atlanta then again to Kansas City but have since won three games in a row. The San Francisco offense, led by quarterback Jimmy Garoppolo, has done enough to win six games this season. However, the defense has been the key to their success. Garoppolo has thrown for multiple touchdowns in five of the last six matchups and will need that again facing a defense that allows 1.2 passing touchdowns per game.

On the defensive side of the ball, the 49ers have allowed less than 17 points in each of the past 3 wins and has forced 12 turnovers this season, 2 of which were returned for touchdowns. Against New Orleans, the 49ers’ defense will look to shut down the Andy Dalton’s passing offense, giving the ball to the offense to put up plenty of points for a win.

Both teams will be playing to stay in the hunt for the playoff picture, but for the Saints to overcome the 49ers’ defense will take a miracle. San Francisco has only dropped one game at home this season and will be ready to stifle the Saints early and often.

Green Bay comes into Week 12 with only one road win this season and a record well below expectations of an Aaron Rodgers’ led team. This season, the Packers’ offense has really struggled, with one of the only highlights lately being rookie wide receiver Christian Watson’s 5 touchdowns in the last 2 games. This week, the Packers will need to find a way to score on an Eagles’ defense that has limited opposing quarterbacks. Green Bay running back Aaron Jones will need to have a big game, especially given the weather report for the game.

For Philadelphia, the success has been on both sides of the ball this season. The offense, led by quarterback Jalen Hurts, has averaged almost 27 points per game and 400 yards per game. Hurts is a dual threat, running and throwing the ball, and will need to spread the ball out to score on Green Bay. The Aaron Rodgers offense scored 31 points on the Dallas defense just 2 weeks ago, so the key for Philadelphia will be scoring consistently on long drives, keeping the ball in Hurts’ hands not Rodgers.

Philadelphia comes into this game purely the better team on both sides of the ball. Watch for the Eagles to take control of this game to stay atop the NFC standings.