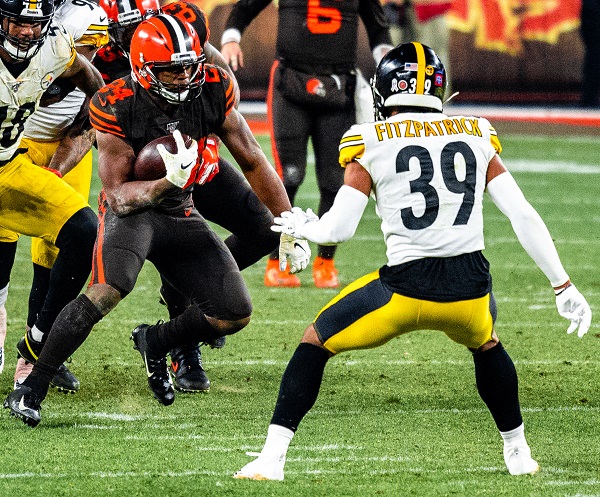 We can all collectively exhale; the wait is over, and the NFL is officially back. The 2022 NFL season kicked off last night, with the defending Super Bowl champion Rams taking on the Buffalo Bills. The Rams were pummeled on their home field by this year’s favorite to win the Superbowl, the Buffalo Bills. Now onto the rest of week 1, let’s dive into week 1 player props around the NFL that you should be on.

There were a ton of props that I was on last night, with most of them hitting. Let’s carry that momentum into Sunday. It’s NFL week 1, no Bye’s and a full slate of games to dive into.

Here are the week 1 player props that I really like, as well as several recommended anytime touchdown bets.

There is a ton of hype around this receiver after what was an impressive final stretch in 2021. St. Brown was excellent over the last six games of the season, seeing double digit targets in each game. He scored in 5 of 6 and topped 73 yards in all of them. The first ten games of the season were a much different story. He was never targeted more than 8 times per game, didn’t score a touchdown, and only topped 60 yards in 3 of those games.

Furthermore, one of those games in which he didn’t perform was against the Philadelphia Eagles. The Eagles secondary, Darius Slay in particular, held St. Brown to 3 catches for 46 yards, on only 5 targets. It was clear that Goff didn’t want to throw towards Slay, and that’s going to continue this Sunday. Not only will Slay be on the field, but the Eagles new weapons in the secondary will be as well.

The addition of James Bradbury at cornerback and Chauncey Gardner-Johnson at safety give the Eagles an elite secondary. This adds to an already elite defensive line. The Lions are likely to be without two starting linemen, making life even tougher on the Lions offense. Philly should be able to contain the Lions offense, and Jared Goff won’t challenge Slay often in this game.

St. Brown will go under 56.5 yards receiving for this first of my recommended week 1 player props. Additionally, if you have him on your fantasy team, strongly consider sitting him, even though you probably drafted him high.

This will be a fun game, with Baker Mayfield getting to host his old team on his new home turf.

It’s just too bad that Jacoby Brissett will be under center and not the man who replaced Baker. Jacoby Brissett has been a serviceable quarterback in the past, but that’s his ceiling. Brissett isn’t going to blow the doors off anyone with the passing game. The Browns have a two headed monster at running back in Nick Chubb and Kareen Hunt. The Browns offense has already used the running game as a focal point for the last three years, and that’s not changing with Brissett under center. It makes the roles for both running backs even more defined and will result in big time usage, especially early this year.

Chubb is their workhorse and he’s been very good to start his career. Last season, in 14 games, he had 228 touches for 1,200 yards on the ground, averaging 5.5 yards per carry. Those are great numbers and lead me to expect him to get 17 carries at least on Sunday. He had at least 17 carries in 7 of his 14 games last year. Furthermore, in his lone game with a backup QB, Chubb received 23 carries.

There is no way the Browns don’t lean heavily on their running game and Nick Chubb on Sunday. Lock this in as one of the best week 1 player props and get behind it.

There is a common misconception that Mitch Trubisky is a checkdown quarterback, which really couldn’t be further from the reality. Trubisky has the 4th lowest checkdown rate the past two seasons, checking down only 14 times for a 4.6% rate. However, he hasn’t played with a running back that has the receiving skills of Najee Harris. He also hasn’t had a game plan that obviously focuses on this aspect of the game.

Mike Tomlin and his coaching staff have always featured the passing game out of the backfield. Remember LeVeon Bell and James Conner? Both of those players thrived out of the backfield, and Harris did as well last season. Harris went over 24.5 receiving yards in 8 games last season. His most impressive receiving game came against these Bengals, where Harris caught 14 passes for 102 yards. Harris averaged 6.3 yards per catch last season, and there is no reason to think that changes. The departure of JuJu Smith-Shuster, and the probable absence of Diontae Johnson points to more volume out of Harris in Week 1. Expect him to be the focal point of the Steelers offense. On top of that, a player of his talent will easily get to 25 receiving yards.

These are some of the best, and most fun bets to make during football season. They have become incredibly popular, and I like them because they are very straight forward. They either will or they won’t, and its nice clarity after pouring through data to try and find an edge. Someone is going to score in almost every game, and typically the lines are at plus money odds (unless it’s on Cooper Kupp).

Here are the best anytime touchdowns for week 1:

AJ Brown (+135)- First game with Philly, and Hurts has been throwing him the ball all preseason. Look for the Eagles to feature him early and often.

Ja’Marr Chase (+120)- Duh. He’s Burrows favorite target, and he scored 13 times last year. No reason not to think he’ll pick up where he left off.

Mark Andrews (+105)- The departure of Hollywood Brown, and the obvious love affair he has with Lamar Jackson make this a very occurrence in a game where the Ravens should roll.

Rhamondre Stevenson (+190)- The Pats run the ball, and Stevenson looks poised to lead that committee in the short yardage spots.

LONG SHOT of the Week – Kareem Hunt 2+ Touchdowns (+2000)- This feels like the type of game where Nick Chubb is going to carry this team down the field, and then Kareem Hunt is going to vulture TD’s from him. It’s a long shot for a reason, but he could get a rushing and a receiving TD. Also, I’m starting him at RB in fantasy so I’m rooting for a big game!