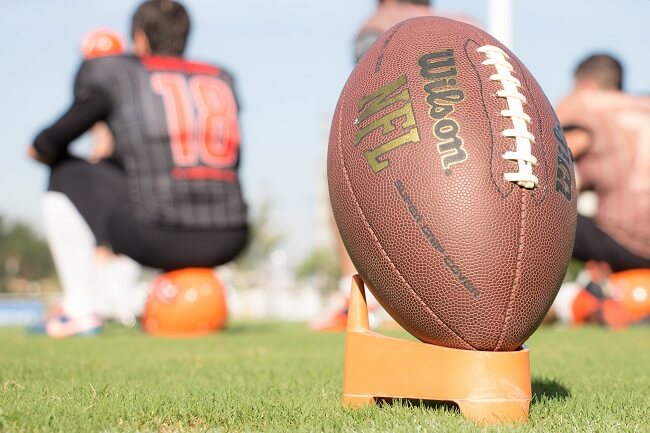 The NFL is a league of parity. Any team can win on any given Sunday (or Thursday or Monday). But that doesn’t mean some teams don’t have more talent than others. Here are one man’s ranking of the best position groups in the NFL. Ranked by talent, depth, and potential as we enter the 2022 season.

The Bills arguably have the best quarterback in the league, with dual-threat superstar Josh Allen. He’s improved every year during his time in the NFL. Allen looks poised to take an MVP leap this season with a stacked Buffalo Bills roster.

Behind him, they have veteran Case Keenum, among the best backup quarterbacks in football. It should be a fun year in Buffalo, to say the least.

Kareem Hunt and Nick Chubb are considered by many to be the best running-back duo in football. In 2022, they will be entering their prime and will continue to be among the league’s top runners.

Both are powerful runners with great vision and agility that can make big plays happen. Not to mention they are also talented receivers out of the backfield, which makes them even more dangerous. With uncertainty at quarterback in Cleveland for the first half of the season they will both get a fair share of the workload.

Ja’Marr Chase, Tee Higgins, and Tyler Boyd are as good as it gets at wide receiver in the NFL. They are all reliable targets for quarterback Joe Burrow and have the speed and agility to create separation from defenders on any given play. Furthermore, they are excellent route runners and have the strength to break tackles and pick up extra yards after the catch.

We all know Chase has the potential to be a game-changer, which also helps the other two get less attention. Long story short, Joe Burrow will be throwing for a lot of yards in 2022.

Hunter Henry and Jonnu Smith are both athletic and can make plays in the passing game. They are both excellent blockers as well. This will be crucial for the Patriot’s offense this season with a lot of Harris and Stevenson in the backfield. Bill Belichick can certainly rely on these two veteran playmakers to provide a consistent threat in the passing game and open holes for running backs.

Having a solid offensive line to protect the quarterback is crucial, especially with a mobile quarterback like Jalen Hurts. Lane Johnson and Jordan Mailata are two of the best offensive tackles in the league. They have All-Pro Jason Kelce on the interior and arguably don’t have a below-average starter on their entire offensive line.

Behind the starters, they have great depth pieces in Cam Jurgens, Andre Dillard, Jack Driscoll, Le’Raven Clark, and Sua Opeta. With the addition of A.J. Brown on the outside to help the passing game, it will be a fun year in Philly.

The Ravens have always been known for their strong special teams led by former ST coach John Harbaugh. With Justin Tucker, they have arguably the best regular-season kicker in NFL history. He is incredibly accurate and has a strong leg that allows him to make long-range field goals from 60+ yards. They also have Devin Duvernay, a reliable kick returner who can make big plays while still being incredibly reliable.

The Los Angeles Rams have one of the best players in the NFL, Aaron Donald. He is a 6’1″, 280-pound defensive tackle who is a three-time NFL Defensive Player of the Year. Donald is a force to be reckoned with on the defensive line. He is one of the reasons why the Rams are ranked #1 among defensive lines for 2022. He is not the only good player on the Rams’ upfront, but he is undoubtedly the anchor of that unit.

While the loss of Von Miller does hurt, the Rams have solid depth. This includes Leonard Floyd, A’Shawn Robinson, Greg Gaines, and Terrell Lewis. When you get to play alongside a future Hall-of-Famer in Donald, it opens opportunities for everyone else.

The San Francisco 49ers are entering the 2022 season with a strong linebacking unit led by Fred Warner and Dre Greenlaw. The duo is strong in coverage and run defense while also having a nose for the ball. The 49ers are fortunate to have talented depth with players like Azeez Al-Shaair and Oren Burks.

The Green Bay Packers are already loaded at the cornerback position with solid starters in Eric Stokes and Rasul Douglas. The later having had a solid 2021 campaign with 5 interceptions and 1 forced fumble. But they will get an even bigger boost in 2022 when Jaire Alexander returns from his Achilles injury.

Poyer is known for his physicality and his ability to deliver big hits. He’s also an intelligent football player who understands offenses and makes great reads. Hyde is an excellent communicator and leader and is always around the ball. Together, Poyer and Hyde are the heartbeat of the Bills’ defense that’s poised to make a Super Bowl run.

There are several excellent NFL position groups this season and the above is just one man’s NFL top position groups. Arguments could easily be made for another group to replace one from above. For example, the Chargers cornerbacks, Patriots Defensive line, or Vikings Wide Receivers.

Throughout the season, we’ll see how these units hold up but they are poised to be the best of the best.