NFL 3 Up and 3 Down – Full Season Over/Unders 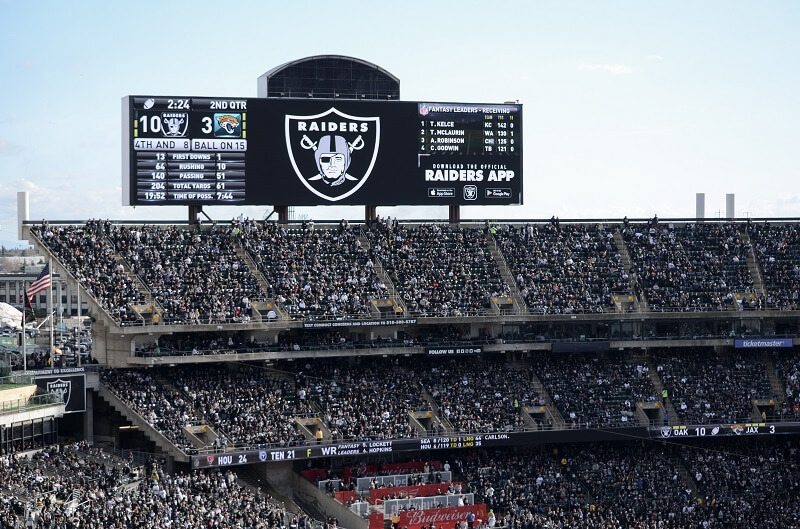 It’s almost time for the most anticipated time of the year for sports bettors, the beginning of the NFL season. As the teams ready their regular season rosters, let’s look at the best NFL over/under win total bets for the season.

We’ve scoured the over/under win totals and found a few prime betting spots that the books have read wrong.

Place those bets then kick back and enjoy all the Sunday Funday’s in front of the TV set.

The Bengals are coming off a phenomenal season where they won ten games, en route to a Super Bowl appearance. There’s no reason to think this team won’t be good again especially since they’re bringing back their key offensive weapons. Joe Burrow is going to continue to be targeting the likes of Ja’Marr Chase, Tee Higgins, and Tyler Boyd. Last season, the team’s main weakness was at the offensive line. It let them down throughout the year, including in the Super Bowl. The Bengals front office decided to address this concern in the off-season. The team signed veteran offensive lineman Alex Cappa, La’el Collins, and Ted Karras to multi-year deals.

The defense isn’t as talented as the offense, but they’re not bad either. The Bengals defense ranked middle of the pack in most categories, and they will still have standout defensive end Trey Hendrickson. Hendrickson had a career high fourteen sacks last season and was named to his first pro bowl.

Perhaps the reason for the Bengals surprisingly low win total is their schedule. The Bengals schedule ranks as the third hardest in the league. The team plays in a tougher division and will have to play Kansas City, Tampa Bay, and Buffalo this season. Still, you can expect the Bengals to win at least one of those, especially since two are at home.

The Bengals arguably have the most explosive offense in the league. They will be a feared team to anyone that has the unfortunate task of playing them this year.

The loss of Tyreek Hill would hurt this team a lot more if they didn’t go out and sign wide receivers Juju Smith Schuster and Marquez Valdes-Scantling. Hill is much more talented than each of those guys, but they’re still going to have experience at the position. Combine this with the world class abilities of Patrick Mahomes and Travis Kelce, and you’ve got yourself a team that’s going to contend for a Super Bowl.

The Chiefs lost some guys on the defensive side of the ball. Cornerback Charvarius Ward and safeties Justin Reid and Tyrann Mathieu departed via free agency. However, the team will still have pro bowler Chris Jones. Jones had nine sacks in fourteen games last season and was named to his third consecutive pro bowl. The trade of Tyreek Hill allowed the Chiefs to have two first round picks this year. They chose to select defensive players with both. One of them was George Karlaftis, a standout defensive end out of Purdue. Karlaftis is a guy that’s going to be able to get after the quarterback. Look out for him as a sleeper to win the defensive rookie of the year award (+2000).

The Chiefs have won at least twelve games in each of the last four seasons. This year they’re going to have to deal with a division that got a lot better. The AFC West is widely regarded as the best division in football. All four teams will vie for a playoff spot.

Until someone knocks these guys off, the Chiefs are still the top dogs.

This one may come as a surprise to many but is a solid NFL over/under bet, and here’s why. After all, we don’t even know for sure who this team’s quarterback is going to be. Baker Mayfield and Sam Darnold are currently battling for the starting job in training camp.

Early reports are that the job is leaning in favor of the former Browns quarterback. This is good news for those thinking about taking the over on this team. Mayfield had a tough go of it last year in Cleveland. The quarterback wasn’t playing very well and had conflicts with ownership. Thankfully for Mayfield he will be able to put these issues aside, and just play football this year. Coming into last season, Mayfield was on the rise. He had just taken the Browns to the playoffs and won the franchise’s first playoff game in 26 years. The Panthers haven’t had an effective quarterback in some time but expect that to change with Mayfield at the helm.

The Panthers franchise player, Christian McCaffrey, has struggled with injuries the last couple of years. When healthy he is a top two running back in the game. McCaffrey has been practicing in training camp and is set to be ready to go for week one.

The Panther’s defense isn’t anything to scoff at either. Last year they ranked second in the league in yards allowed per game. Edge rusher Brian Burns will be returning. He’ll be looking to build upon his pro bowl season, in which he had nine sacks and two forced fumbles.

What convinced us to take the over with this team is that their schedule shouldn’t be too challenging. They will play games vs the Giants, Seahawks, and Lions. These are three teams that are supposed to be bottom ten teams this year. Their divisional foes, the Atlanta Falcons, aren’t going to be very good.

The Panthers have enough offensive talent to put up points at an above league average rate. This is a team that could end up winning eight games this year. It may not be a popular bet, but this team in Carolina has what it takes to elevate themselves into a middle of the pack team.

The Cleveland Browns have faced no shortage of drama already, and its only pre-season. The team decided to trade for, and then sign quarterback Deshaun Watson. This decision came after it was known that 24 women had decided to sue him for the quarterback’s inappropriate behavior. Watson, who will face at least a six-game suspension, could be receiving more punishment from the league. NFL commissioner Roger Goodell has publicly advocated for a full year suspension for the Browns quarterback. A decision could come shortly on his new punishment, but it’s expected to be much more than six games.

What does all this mean for the Browns season win total? It means it probably won’t be very high. Jacoby Brissett will take the snaps to start the year and could very well end up being the Browns quarterback for the entire season.

Even if Deshaun Watson was suspended only six games it would still be tough for them to win nine games. The Browns will be in one of the tougher divisions in football. They will also have a nice back-to-back with the Bills and the Buccaneers this year.

It’s also worth considering that the Browns don’t typically have all that great of a team. Let’s go with the under in this one.

The Raiders will be in the most competitive division in football and not every team in the AFC West can have a winning record. The Raiders seem like the most likely ones to be the odd ball out. Much like the Browns, the Raiders don’t have a winning pedigree. The Raiders did manage to make the playoffs at 10-7 last season, but it felt miraculous. Credit to them for pulling it off, but their division just got a whole lot better over the offseason.

Like everyone around them, the Raiders added a big new piece this season. They traded for the long-time Packers wide receiver Devante Adams, finally giving quarterback Derek Carr a true #1 wide out. That said, one player isn’t going to change the fortunes of a team that has struggled for so long. The Raiders have only made the playoffs twice since their Super Bowl appearance in 2003. The team’s had quite an undisciplined nature, it seems like they’re the top of the league in penalties every season.

The Raiders made a change at the head coaching position over the off-season. They decided to bring in New England’s offensive coordinator Josh McDaniels. McDaniels will have a talented offense to work with.

We’ll find out if he can handle Vegas, but it’s going to be an uphill battle in the AFC West.

The Jaguars should be able to make a steady improvement upon their disastrous 3-14 season from last year. They will likely have less off the field issues with their new head coach Doug Pederson. The team made some splashes in free agency this year, but It’s still tough to see this team hitting the seven-win mark this season. Quarterback Trevor Lawrence will be going into his second season in the league. Despite his tough first season, Lawrence’s ceiling is still high. Lawrence was the starter for all seventeen games last year for the Jags, and finished with 3,641 yards, with 12 touchdowns and 17 interceptions.

The Jaguars team just seems to be missing talent. Last year they didn’t send a single player to the pro bowl. The team has a talented edge rusher, Josh Allen, who made the pro bowl back in 2019. Allen’s numbers haven’t been as good as they were in 2019, but he’s still been a solid presence on this Jags defensive line.

One thing this team will have to do better next year is force turnovers after only forcing nine turnovers last year. They were the league’s worst in this category. By far. To make matters worse they were near the top when it came to turning the ball over. The Jaguars are going to need to be better in the turnover game.

Jacksonville should have an easy schedule this year and their division could quite possibly be the weakest in football. Still, seven wins is a lot to ask for.

Until they prove otherwise, the Jaguars are a lower tier team.