NCAAF Preseason: Twelve in the Box 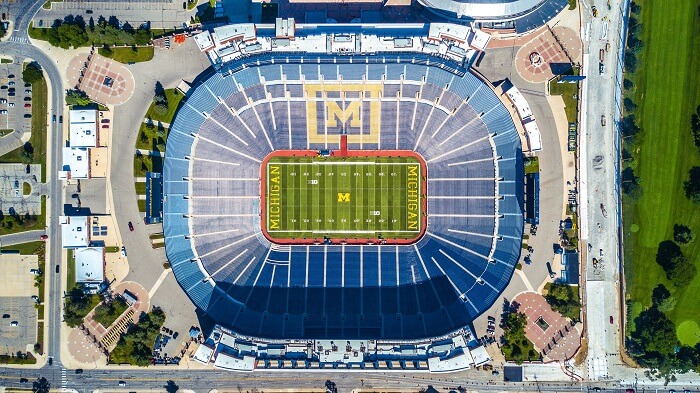 Welcome to Twelve in the Box.  Here are twelve teams making the biggest impact on college football.  Is this a ranking?  Not really—you won’t find any numbers by the team names.  Is this a power ranking?  Sort of, kind of.  The Judge, here, will use his arbitrary sliding scale of indiscriminate factors to present the twelve teams that Your Honor thinks you need to be paying attention to.

Preseason rankings do not please the court, but you must start somewhere.  This week’s preseason iteration of Twelve in the Box features the usual suspects in August polls. In addition, a team or two that might just surprise you.

Next game: Week 1 vs. Utah State

If there is such a thing as a disappointing 10-win season, Clemson experienced that last year. Now, both of Dabo Swinney’s long-time coordinators have moved on. The Tigers will count on improvement in quarterback D.J. Uiagalelei and a weak ACC to return to the national spotlight.

Next game: Week 1 at Georgia Tech

By God, the Dawgs finally did it. Kirby Smart took his alma mater to the promised land.  Smart will now have to take another page from his mentor’s book—reload. With stacked recruiting classes and a veteran signal caller, Georgia hopes to not miss a step. They will have a good idea where they stand after Week 1.

Next game: Week 1 vs. Oregon

Michigan finished the 2021 season on a tear until running into the eventual national champion. Now it seems like the program has some long-awaited breathing room under Harbaugh. The Wolverines reloaded both on the field and in the booth as they hope to keep the momentum into 2022.

Next game: Week 1 vs. Colorado State

First-year head coach Marcus Freeman took over this storied program after Brian Kelly’s Cajun fam-lee called him home. Kelly may have taken all the Tony Chachere’s, but he didn’t leave the cupboards bare. The Irish offensive line might be the best in the country.

If Freeman can shore up the defense, Notre Dame could have another great year.

Next game: Week 1 at Ohio State

What’s the saying about letting a sleeping dog lie? Even after an 11-win season, Columbus has been in a tizzy after losing to Michigan. This team, led by Heisman contender C.J. Stroud will be on a mission this season to destroy anything and everything standing in its way of a playoff berth.

Next game: Week 1 vs. Notre Dame

Hire a hot defensive coordinator. The folks in Norman have been here before and witnessed an era of success because of it. Oklahoma dialed up old faithful and look to Brent Venables to keep the train moving. He has his work cut out for him after a bevy of transfers-out. However, he also brought in some key transfers to complement the talent in place.

This is a team the Judge is eager to watch this year. What will an SEC-infusion at head coach and quarterback do for a team vying for the Pac-12 title? Only time will tell, but it is guaranteed to be exciting. Dan Lanning will coach his first game in Atlanta against defending national champion Georgia. That’s one way to start a season.

The Aggies make the preseason cut, but not necessarily for the right reasons. Don’t expect Texas A&M to take the SEC by storm this year. While Jimbo Fisher has stocked talent to beat the SEC middlers, still don’t expect a big year in College Station.

Don’t be mistaken, though—it is coming…

Next game: Week 1 vs. Sam Houston

Next game: Week 1 vs. SC State

Regardless of the outcome of this season, USC has become appointment television again. After a 4-win 2021, expectations should not be through the roof.  But… Lincoln Riley! It’s exciting. Are you excited?

The attention in the Pac-12 seems to be anywhere but Utah. However, the Utes are, once again, a real contender for the conference. After finishing the regular season 9-1 and appearing in the Rose Bowl, Kyle Whittingham has his team poised to become one of the power players in the Pac-12 after conference realignment.

Next game: Week 1 at Florida