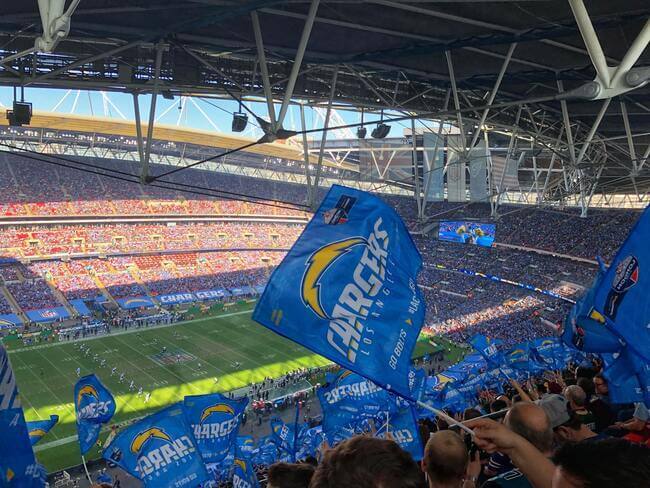 The 2-3 Broncos are set to square off with the 3-2 Chargers from SoFi Stadium. These opposite record teams both had high expectations, and are looking to claw their way back in their respective divisions.

Expectations were high for Denver coming into the season. Most people in the football universe thought they would be at the top of the AFC West heading into Week 6. This has not been the case, as the Nathaniel Hackett-Russell Wilson pairing had had an ugly start to the season.

The Denver offense will need to get going Monday night. Russell Wilson will come into the matchup having thrown for just 4 touchdowns and 3 interceptions on the year. Not the type of numbers you expect from your $240 million dollar quarterback. To make matters worse, running back Javonte Williams went down with a season-ending ACL injury in Week 4. Wide receiver Jerry Jeudy has been putting up a dull 16.9 receiving yards per game on the year. This is far from what Broncos fans had in mind when they made the trade for Wilson this off-season. If the Broncos don’t get a win Monday night, they’ll have an uphill battle when it comes to making the playoffs this year.

With the offense only averaging 15 points a game, the Denver defense has had their work cut out for them. They’ve played extremely well, especially when considering how long they’ve been on the field. On the year, they’ve only given up 16 points per game. Former 1st round pick, Bradley Chubb has 5.5 sacks on the year and has anchored the Denver defense through the first 5 weeks of the season. They’re going to have to bring pressure all night if they want to move back to .500

The Chargers offense has been missing a key piece since Week 1. Wide receiver Keenan Allen has been sidelined the past 4 weeks with a hamstring injury and is unlikely to make a return in Week 6. Quarterback Justin Herbert has still managed to average nearly 300 passing yards a game and has thrown for 10 touchdowns. The Chargers need running back Austin Ekeler to build off his last performance. Ekeler ran for 173 yards on 16 attempts in Los Angeles’ Week 5 victory over Cleveland. It was his first 100-yard rushing game on the season. They’ll need him to keep producing at a high level if they want to keep pace with the Chiefs in the AFC West.

The Chargers’ defensive unit is near the bottom of the league in terms of yards allowed per game. They’ll be facing a struggling offensive unit in the Denver Broncos Monday Night. Every mistake will be magnified as they always are in these divisional matchups. Don’t expect to see anything dramatically different from the Broncos offense in this one. Until they prove otherwise, the group led by Russell Wilson isn’t something this Chargers team should be intimidated by. As long as the defense doesn’t have an unprecedented collapse, the Chargers should walk out of SoFi with a 4-2 record.

The early season performance of the Broncos has been underwhelming, which will continue Monday night. With how poor the Chargers’ defense has been, you can expect Denver’s offense to look better, but it still won’t be enough. Austin Ekeler is going to remind the world of what he’s capable of, leading the Chargers to their 4th win of the season.