Matts Take: Tragedy at Paycor Stadium, and an Interview with Willie Anderson 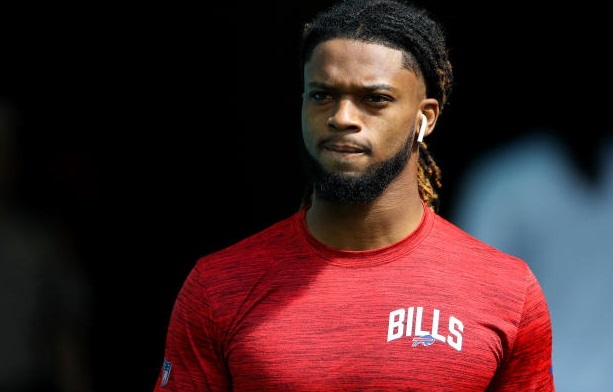 A team from TheUSGambler was present at the stadium on Monday night, in addition to the author of this article Matt McAdow. The first thing that must be said is we are hoping for a quick and speedy recovery from Damar Hamlin. As a secondary note, what happened was truly surreal for all the players, coaches, and the fans. As we move forward with our lives and even with the sport of football, let’s not forget that life is short and sports are supposed to bring us together. Let’s do just that in this difficult time.

Tragedy on the Field at Paycor Stadium

As my wife and I departed from Peebles for our usual trip to watch the Bengals, I never would have guessed that we would be attending one of the most horrific nights in sports history. As everyone is aware by now, Damar Hamlin, Buffalo safety, was escorted to UC Hospital after going through cardiac arrest on the field in the first quarter. Damar received CPR on the field along with defibrillation (AED) before being escorted by paramedics to UC. In the blink of an eye, the entire stadium went from worrying about a football game to worrying about a man’s life. I couldn’t be more proud of Zac Taylor, and both organizations agreeing to not finish this game, as this was way more important than a game of football.

More Than an Athlete

As fans of the game of football, it is easy to critique and give judgment on how a player is competing, a players decision making, or even calling out a coach for his play calls. Many times, as stadiums are packed with thousands of people, I feel as if people (including myself) sometimes forget that those individuals on the field are humans before anything else. They have families and they are simply at their job, just as we go to work each week. Yesterday, I was proud to be a fan of the Bengals, as every single person I was around in the stadium understood that this game needed to be postponed. All the fans surrounding me in our section understood that Damar Hamlin was more than a professional athlete, and that a 24-year-old was fighting for his life on the field below us.

Damar is a human, son, brother, and friend before anything else and sometimes we need to remind ourselves of this as we are watching our favorite teams each week. As I am writing this article, Damar is still in critical condition from the latest reports. If you are reading this, please stop for one moment and say a prayer for Damar Hamlin, his loved ones, and the entire Bills organization. Also, please pray for Tee Higgins and everything he is going through with this matter as well, as I am sure a lot is going through his mind after the play (no fault of his own). Call those who you love, remember how quick things can change in our lives, and try to remind yourself that athletes are humans before anything else the next time you attend a sporting event.

This past week I was lucky enough to do an interview with Bengals legend, Willie Anderson. Willie doesn’t even need an introduction, as all Bengals fans already know who he is, but let’s do one anyway. Willie was an offensive tackle for Cincinnati for 12 years and is a four-time Pro Bowler. He is a member of the Ring of Honor and a member of the Alabama Sports Hall of Fame. Willie’s elite talent helped Corey Dillon and Rudi Johnson break several franchise records. Willie has reached the Pro Football Hall of Fame semifinals multiple times and he is more than deserving of the honor of being a member. Michael Strahan has even stated these words about Willie, “the greatest right tackle of his generation.”

Q: What was your favorite moment as a Cincinnati Bengal?

Q: Who on the current Bengals roster reminds you of yourself and how you played the game of football?

A: “Trey Hendrickson is a guy that doesn’t get much national attention, but football people know he’s great.”

Q: What do you think this Bengals team needs to improve on to be back in the Super Bowl again?

A: “Staying healthy is key for their success. Last year no one got hurt. This year, the injury bug has come out, but they’re still winning!”

Q: Do you still keep in touch with your former teammates? If so, who?

Q: Who was the toughest player to line up against during your playing days?

A: “Reggie White was the toughest and most dominant. Robert Mathis gave me the most headaches. He was a smaller guy who had moves we hadn’t seen in our league before.”

Q: As a member of the Ring of Honor, who do you hope to see join you in the upcoming year?

A: “I said on Twitter when Ring of Honor first came about, I wish they would get a lot of the older guys in before my era. I was so surprised I was voted in. So many guys came before my era, that paved the way for my era of guys.”