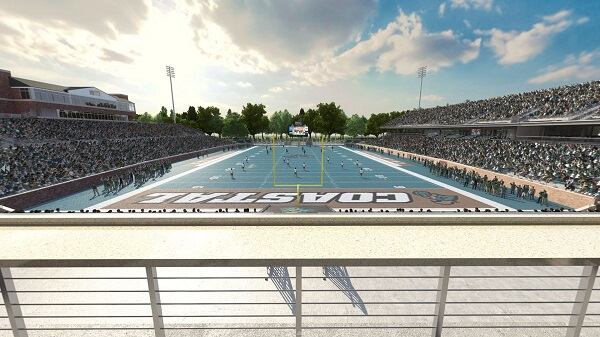 The MAC is one of the most fun and exciting divisions to bet in college football. The MAC expert, MAC Daddy himself, gives his weekly previews and picks for his favorite games. Let’s dive into this weeks picks and MAC odds.

Cincinnati and Miami will play at the Bengals’ Paycor Stadium in a neutral site matchup between in-state rivals. The all-time series is tied 59-59-7, so this game is huge for the schools in terms of bragging rights.

Miami was dealt a huge blow in Week 1, losing signal caller Brett Gabbert for the foreseeable future with an upper-body injury. Miami turns to redshirt freshman Aveon Smith, who looked solid last week in a 31-14-win vs Robert Morris. Whether he will be able to perform against a legitimate squad such as the Cincinnati Bearcats remains to be seen.

Cincinnati took care of business last week, beating Kennesaw State by a 63-10 score. They lost a close week 1 game to Arkansas, who is a legitimate threat in the SEC West this season, by a 31-24 score. There is little doubt that Cincy can put up points. Expect them to do the same this week in a statement game vs an in-state opponent. However, 22.5 is a large number, and Miami can keep the game relatively close. Miami has only given up 90 rushing yards in 2 games this season, and Cincinnati’s strength offensively so far this season has been their run game.

Buffalo has had a rough start to the season, going 0-2. They lost a 37-31 heartbreaker last week to Holy Cross on a Hail Mary touchdown. Buffalo currently ranks 107th in the nation in opposing points per game, allowing 34 PPG through their first two games. Buffalo has been a strong MAC team in the past, but things look shaky for them up to this point.

Coastal Carolina has wins over Army and Garder-Webb to start their season, winning both games by at least 10 points. Coastal is one of the more competitive teams in the Sun Belt Conference. They will be looking for a 3-0 start before they begin conference play.

The Chanticleers largely rely on star play from their quarterback Grayson McCall, who has been one of the better quarterbacks in the nation over the past couple seasons. As 14-point or greater favorites, Coastal Carolina was 5-4-1 ATS last season. Look for Coastal to continue driving the ball down the field, and to cover the two-touchdown spread.

Marshall won arguably the biggest game in school history last week when they defeated the Fighting Irish of Notre Dame 26-21 in South Bend, Indiana. Bowling Green had a historic game of their own last week, losing 59-57 to an FCS school in Eastern Kentucky. It was a game that would see 7 overtimes!

Marshall and Bowling Green used to play each other frequently before the Thundering Herd left the Mid-Atlantic Conference. Bowling Green leads the all-time season series 21-8. While Bowling Green has had a rough start to the season, there is no reason why they shouldn’t be able to hang with Marshall on Saturday. Last season, Marshall only covered once ATS when favored by more than 16 points. On the other side of the coin, Bowling Green was 3-1 ATS last year as 16.5-point or greater underdogs.

Bowling Green isn’t winning this game but expect them to keep it close. Marshall will be dealing with the hangover that comes with beating a top 10 team the week prior.

The Zips were crushed last week, losing 52-0 against the Spartans of Michigan State. The Volunteers played and won an emotional road game last week, beating Pittsburgh 34-27 in overtime. Tennessee has already crushed a MAC opponent this year, beating Ball State 59-10 in the season opener. Expect the Vols to take care of business again this week.

Akron rushed 27 times last week, gaining only 22 yards total in the process, while fumbling the ball 4 times. The Zips are about as bad as it gets in the MAC, and Tennessee looks like a revamped version of the previous year’s team. While there is the potential for a “hangover game” from Tennessee, they won’t struggle to score against the Zips.

Akron sits at 114th in college football in terms of the opposition scoring, allowing 37.5 points per contest. They are giving up 5.1 yards per rushing attempt this year and have allowed 224.5 rushing yards per contest. I would be wary of taking the over at 66, considering how hard it looked for Akron to move the ball against Michigan State last week.

Check back every week for MAC Daddy’s picks and MAC odds.