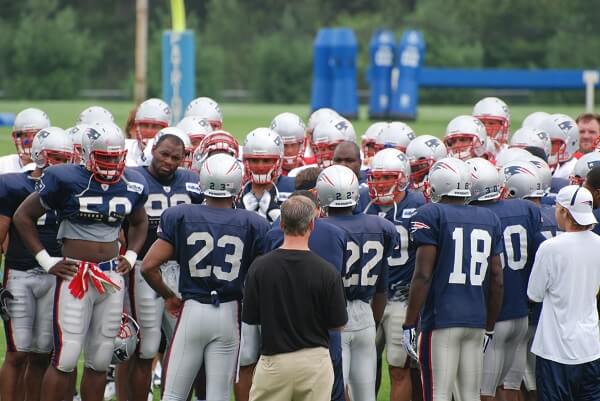 The New England Patriots will return to Gillette Stadium for their second straight matchup against an NFC North foe, this time the Detroit Lions. Both teams will come into the game with a record of 1-3. This will be considered a must-win game for either side. Let’s dive right into this Lions at Patriots preview, picks, and best odds.

Saying that the Lions week four game against the Seahawks was wild would be an understatement. The game ended in a 48-45 loss for the Lions at the hands of Geno Smith. Detroit also has the #1 ranked scoring offense in the NFL but find themselves only 1-3. Some of the top performers from that week four loss were T.J. Hockenson, Jamaal Williams, and Jared Goff.

A lot of good came out of week 4 for the Patriots against the Packers. They went into Lambeau Field and played a hell of a game with their 2nd and 3rd string Quarterbacks. Following a hit to the head of Brian Hoyer, quarterback Bailey Zappe took over early in the 1st quarter. However, the fact is the Patriots came up short when they had a real chance to win in overtime. They need to start racking up wins in a competitive AFC during this part of their schedule.

The game on Sunday will be televised nationally on FOX, with kickoff set for 1:00 pm ET. Kenny Albert, Jonathan Vilma, and sideline reporter Shannon Sharpe will be on the call. You can listen to the game locally on 98.5, The Sports Hub in Boston.

Rhamondre Stevenson: Stevenson seems to be getting better week after week. Both him and Damien Harris are solid starts on Sunday, especially in PPR. Considering the uncertainty at quarterback, expect more opportunities for Stevenson in the short passing game.

Damien Harris: Both Patriots running backs will put up solid numbers in fantasy against the Lions. Expect a high volume of carries and opportunities for multiple touchdowns.

Jared Goff: Expect Goff to get a lot of passing opportunities as the Patriots will look to clog up the running lanes. Even if Amon-Ra St. Brown is a no go on Sunday, Goff will still be a rock-solid start in his matchup against New England.

Jamaal Williams: You must believe the Patriots game plan will stop the running game and make Jared Goff beat you. Even coming off an outstanding performance against Seattle last week, lightning wont strike twice, especially in New England.

Patriots’ Defense: Despite the opportunities for takeaways, sit the Patriots’ defense on Sunday. The Lions have a high-powered offense and have the chance to put points on the board in bunches. The floor is not high enough for the Pats D this week.

Jonnu Smith: Jonnu Smith is questionable to play on Sunday. However, even if he does suit up you should stay away as he’s been a letdown all year.

I like the over in this game. I expect a lot of passing on the part of Detroit and a healthy dose of Stevenson/Harris for New England. The best value is going to be betting the point total or ATS due to New England being bigger favorites. The Patriots will win and cover the 3 points – bet on it.