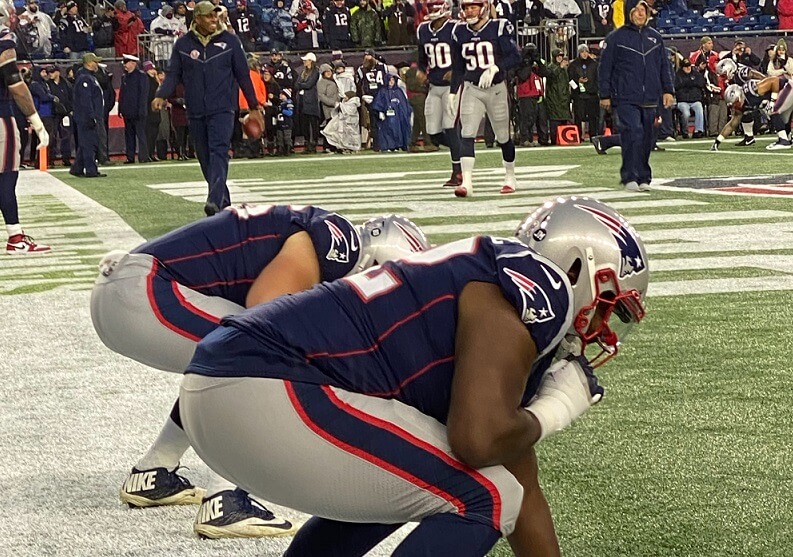 The struggling Indianapolis Colts will travel to Gillette Stadium this Sunday to take on the New England Patriots. The Colts have lost two straight, while the Patriots are coming off a much-needed divisional road win against the Jets. The last time these two teams met, the Colts came away with a win in the matchup last December. Considering Indianapolis is struggling on offense, the Patriots will look to flip the script on Sunday. Check out this full Colts at Patriots Preview and betting picks.

The Colts are 3-4-1 and coming off a 17-16 loss to the Commanders, where they looked completely lost on offense. Matt Ryan has been benched for second-year quarterback Sam Ehlinger, and Frank Reich remains on the hot seat. The game was competitive up until the end, and the Colts had multiple chances to win but couldn’t come through.

The Patriots had an excellent bounce-back performance against their division rival on Sunday. While the offense didn’t look pretty, they were able to get the job done behind their two-headed running back monster. Their running backs, Stevenson and Harris continue to get the job done. The defense played much better than their performance against the Bears on Monday night and had Zach Wilson seeing ghosts.

The game on Sunday will be televised nationally on CBS, with kickoff set for 1:00 pm ET. Greg Gumbel, Greg Archuleta, and sideline reporter AJ Ross will be on the call. You can listen to the game locally on 98.5, The Sports Hub in Boston.

Patriots’ Defense: A young quarterback against a Bill Belichick defense is a recipe for disaster, as we saw last week. Sam Ehlinger is a dual-threat quarterback, but he doesn’t have the athletic ability of a guy like Justin Fields, who torched them in week 7.

Rhamondre Stevenson: Damien Harris did not practice on Wednesday. It shouldn’t be a problem as Stevenson saw most of the snaps last Sunday. Considering how poor the Patriots’ quarterback play has been this season, expect Rhamondre to continue being a PPR stud. He’ll go for 5+ catches from him on Sunday.

Mac Jones: Continue to stay away from Mac Jones until further notice. Jones has a 3:7 TD-INT ratio this season, and the second-year quarterback continues to make rookie mistakes. Even in deep fantasy leagues, avoid Mac like the plague.

Damien Harris: Coming back from injury, Harris only played about 41% of the Patriots’ offensive snaps on Sunday. It looks like Stevenson will be the lead back, with Harris getting more opportunities around the goal line. Given New England’s inability to punch the ball into the endzone this season, stay away from Harris for now.

This game will stay relatively close with both sides missing key offensive contributors. Colts quarterback won’t be able to do enough to beat the Patriots at home. Anyone who wants to bet a side in this one should bet the Colts +6, because the Pats won’t win by a touchdown. Also, neither defense is fantastic so the game will end around 43 points to hit the over.