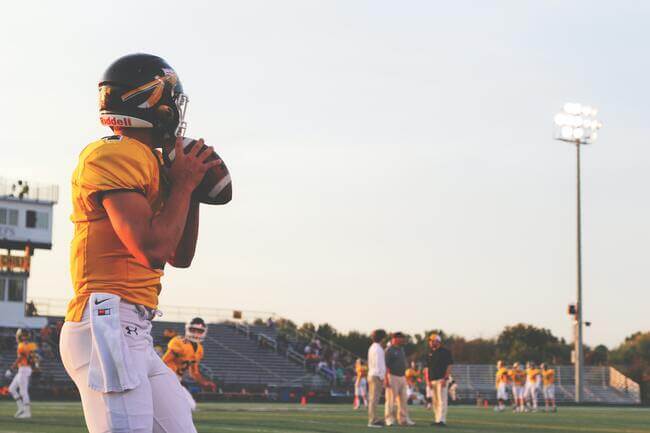 We’re already in Week 7 of the college football season, and the top of the field is starting to be established. Two of the teams at the top are scheduled to play each other this Saturday. Alabama will be traveling to Knoxville to take on Tennessee at Neyland Stadium. It’s set to be the biggest game between these two teams since the Nick Saban era began in Tuscaloosa back in 2007. Each team is undefeated and the playoff implications will be immense for this matchup.

Now, let’s preview and give our prediction for CFB Week 7’s game of the week.

CFB Week 7 game of the week odds powered by BetRivers.

The Crimson Tide are fortunate to have won last weekend. The team suffered a last-second scare against Texas A&M. The Tide turned the ball over 4 times but were able to hang on thanks to an A&M incompletion at the goal line to end the game. The unconvincing victory dropped Alabama to #3 in the rankings. It will be the first time all year they aren’t #1.

Last week’s contest was quarterback Jalen Milroe’s first as a starter. The sophomore quarterback was effective at moving down the field, but cost his team with a few turnovers. If he ends up starting this Saturday, he’ll have to do a better job of taking care of the football.

Quarterback Bryce Young injured his right shoulder 2 weeks ago against Arkansas. Originally it didn’t appear as though Young would miss any time, but he has. With the 6th ranked team in the country looming, and Alabama’s offense showing weaknesses without him, the Tide need to get Young back on the field. Young has been practicing with the team, but he’s reportedly on a pitch count. There will be more pressure for him to play this week, which could impact the final decision on his status.

Tennessee second-year head coach Josh Heupel has his team looking legit. The Volunteers have begun the season 5-0 for the first time since 2016. Unlike the 2016 team that had to win one of those games on a Hail Mary, this Vols team has been dominant. Led by Hendon Hooker, Tennessee looks like a team capable of shaking things up in the SEC. They’ve beaten 3 ranked opponents thus far but their biggest test lies right in front of them. Tennessee has yet to beat Alabama during the Nick Saban era, with their last win over Bama coming in 2006. Most of these matchups haven’t been very close. Only two of the games since 06’ have been decided by one-possession.

There’s not much of a point in extensively talking about the past when this Tennessee team is quite evidently better then past ones. The dual threat quarterback, Hendon Hooker, has thrown for 10 touchdowns on the year and has yet to throw an interception. Hooker, who threw for 31 touchdowns and 3 INTs last year, could be referred to as a ball security stud. It takes more than just ball security to take down Alabama though. Good thing the Volunteers have a defense too. They were able to shut down LSU last week in Baton Rouge, holding the Tigers to just 13 points. The Vols have had their fair share of splash plays throughout the year. They’ve turned teams over 9 times and have 14 sacks on the year. We know Alabama had trouble with ball security last week, which is something Tennessee should be looking to take advantage of on Saturday if Bama continues to be careless with the football.

Despite it being a road game for Alabama along with the unknowns of Bryce Young’s status, the Tide are 9-point favorites in this contest. Vegas seems to think Young will end up playing. He’s been practicing, and with the stakes of this game, lean towards Young suiting up when looking to wager. Tennessee has gone up against talented quarterbacks like Anthony Richardson, but none with the kind of passing ability that Young has. This will be a huge challenge for the Vols defense. Whether or not they’re able to step up could end up determining the fate of the game.

Bryce Young is going to end up playing. Nick Saban may just be doing some gamesmanship by not announcing it yet. Young’s presence will definitely boost this Bama offense, but they’ll still be in for a tough test.

The game will start with a long drive from Tennessee. They’ll get inside the Bama 20, before the drive is stalled after Will Anderson sacks Hendon Hooker, forcing the Vols to settle for 3. Bryce Young’s shoulder will look fine on his first drive of the game as he leads his team down the field and into the endzone for the first touchdown of the game.

Hooker and his top wideout for today’s game, Jalin Hyatt will connect in the endzone late in the first quarter, giving the Vols the lead at the end of 1. Tennessee wide receiver Cedric Tillman will be unavailable once again, as he recovers from an ankle injury.

The offenses will slow down in the second quarter. A long field goal from Will Reichard will tie things up with a minute and a half left and we’ll go to the break with the score tied at 10.

Tennessee running back Jaylen Wright will find his groove in the second half. The ground game opens things up for Hooker and he’s able to throw a couple of strikes that get the Volunteers to the goal line. Wright finishes things off as his o-line helps muscle him into the endzone to give Tennessee the lead.

Bama strikes back quick. Young hits his guy Jermaine Burton for a 73-yard touchdown to tie things up with 13 minutes remaining. A fumble by Wright on the next drive gives Bama the ball back with good field position. It’s a perfect chance for Alabama to take control of this game, but the Vols defense is able to hold Alabama to a field goal.

Tennessee is able to drive down the field for a field goal to tie things up, and a 3 and out from Bama gives the Vols the ball right back with under 5 to go. A 12-play 77-yard drive, featuring a couple of tremendous throws from Hooker, get the Vols into the endzone with under a minute left. The crowd of over 100,000 is sent into a frenzy.

Bama is forced to strike quickly, but an interception from Bryce Young seals Bama’s fate. Neyland Stadium storms the field in what was the biggest win for the program in a long time.

If you didn’t think Tennessee was for real, you will now.