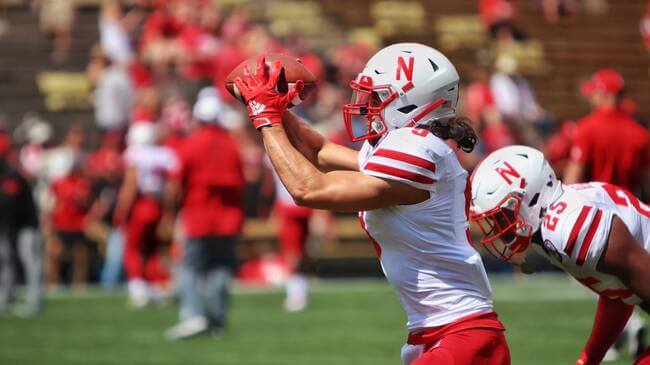 Let’s be honest. Upsets are what create hype in the college football world. The entertainment of the sport is graded on the criteria of the shock factor. If there was a week of college football with many upsets, fans of the sport would call it a great week (unless their team got upset, of course). Because of this dynamic, we’ve decided to debut a weekly special here at TheUSGambler, where we’re going to pick our upset of the week. To qualify as an upset, a team must be at least 10-point underdogs. Here is our college football week 3 upset.

Let’s head to Lincoln this week where the college football world will get a glimpse of one of the more historical rivalries of the sport. The 2-0 Oklahoma Sooners head to Nebraska for the beginning of the Mickey Joseph era. Nebraska is a 10.5-point underdog in this contest.

These two teams used to be fierce rivals. Both of these programs have had their fair share of glory days. They both used to play in the Big 12, before Nebraska decided to join the Big 10 for the start of the 2011 season. Oklahoma still resides in the Big 12. The two teams decided to schedule a home and away for last year and this one. They met last year in Norman, where Oklahoma got the better of Nebraska 23-16. The close margin surprised people, as Nebraska was unranked and were going on the road to play the number 3 ranked team in the country. When the game is tight this Saturday, it shouldn’t surprise anyone. Nebraska plays everyone tight. You can expect a dogfight when you head to Lincoln, which is what Oklahoma’s going to find themselves in on Saturday afternoon.

Nebraska has had a poor start to their season. They lost a tight one in Week 0 to Northwestern from Dublin. They were able to pick up a win the next week against an FCS opponent before losing at home to a team in the Sun Belt. The 1-2 start sparked the firing of head coach Scott Frost. Frost was in his fifth season in charge of the Cornhuskers. He went 16-31 during his tenure and never took Nebraska to a bowl game. Frost had the team in games vs a lot of tough opponents but had trouble turning those competitive outings into wins. Last year, Nebraska went 3-9 with a +63 point differential, and never lost a game by more than 9.

Nebraska decided to move on to interim head coach Mickey Joseph. Joseph is in his first season with Nebraska. Prior to being named interim head coach, Joseph was the passing game coordinator and wide receivers coach for the team. His job now will be to salvage the season of a team with a lot of talent. Quarterback Casey Thompson transferred from Texas over the off-season. Thompson is putting up solid passing numbers on the season and is always a threat to beat you with his legs. Running back Anthony Grant has been playing like a star. The Junior is averaging 6.2 yards a carry.

The offense isn’t the problem with this team. The defense is. There’s no excuse for giving up 45 points to Georgia Southern at home. They’ve struggled to force turnovers and to get to the quarterback. As a team, they only have two sacks through three games. That’s not going to get it done at any level of football.

Defense is about bringing energy. The Nebraska defense should be able to bring it for their home game this Saturday with their former rival. They are going to have a lot to prove, that’s for sure.

The Oklahoma Sooners are the sixth ranked team in the country heading into week 3. They’re 2-0, but have yet to face any major competition, with home games against UTEP and Kent State to start the year. They did struggle in their most recent outing against Kent State. The Sooners offense wasn’t able to get much going in the first half. They scored their first points on a 36 yard touchdown pass with 18 second left in the second quarter. Oklahoma’s offense came out much sharper in the second half and were able to pull away with a 33-3 win. They won’t be able to have a sloppy first half this Saturday. Not with the way Memorial Stadium can turn up the volume. We’ll be seeing the Sooners offense in the silent count for the first time all year.

Oklahoma is in their first season with Dillon Gabriel as their signal caller. Gabriel is off to a solid start, completing 70% of his passes with a touchdown to pick ratio of 5:0. Oklahoma’s rushing attack has led the way on offense. As a team, they’re averaging 5.3 yards a carry. Back-up running back Marcus Mayor has made the most of his touches. He’s averaging 7.7 yards on 12 rushes with 3 touchdowns. Starting running back Eric Gray has been a big producer as well. Gray has 173 rushing yards through two games and has averaged 6.7 yards a carry. Nebraska’s defense has had trouble defending the run so far this year. Look for the Sooner’s backs to try to take advantage of that this Saturday.

On the defensive side of the ball, Oklahoma has been lock down this year. They’ve only given up 16 points in two games. First-year head coach Brent Venables was previously the defensive coordinator at Clemson from 2012-2021. He led a couple National Championship defenses during his time on Dabo Swinney’s staff. Venables knows what he’s doing on this side of the ball and it has translated on the field for his team. They’ve sacked the quarterback 9 times so far, with defensive lineman Reggie Grimes accounting for 4 of them. They’ve also forced 3 turnovers. We’ll find out Saturday if they can stop Nebraska’s high-powered offensive attack.

The Cornhuskers are going to come out with a lot of energy. Casey Thompson will lead his team down the field for a touchdown on their first drive of the game. They’ll trade touchdowns for field goals with Oklahoma early, which will give Nebraska a 14-6 lead at the start of the second quarter. Thompson’s offense will hit a roadblock in the second quarter after a costly INT gives Oklahoma great field position. Oklahoma will get into the endzone and then put together a field goal drive to give them a 16-14 advantage. Before the break, Anthony Grant breaks things open with a big touchdown run to send his team into the locker room with a 21-16 lead.

The third quarter will be an offensive explosion. Each team’s offense gets the jitters out of them and are able to move down the field with ease. The game feels like it will be won by whoever manages to make the next stop. Dillon Gabriel throws his fourth touchdown pass of the afternoon early in the fourth quarter to give the Sooners a 37-35 lead. The next Nebraska drive is their longest of the afternoon, but it stalls after a dropped out route on a 3rd and 4. Nebraska is forced to settle for a short field goal that gives them a one point lead. This is when Nebraska’s defense comes up with a huge stop. Defensive back Marques Buford Jr forces Gabriel’s first interception of the season at midfield. The next drive stalls once again for Nebraska, but Timmy Bleekrode is able to salvage it with a 46 yard field goal to give his team a four point lead with under 3 minutes remaining.

Nebraska finds themselves in a familiar position. A tight ball game against a great opponent. They lost a lot of these games last year under head coach Scott Frost, but it’s a new era now in Lincoln. The team is on the cusp of upsetting #6 Oklahoma, and shocking the college football world.

The 90,000 strong at Memorial Stadium try to will their team to victory. Oklahoma’s drive starts out strong, with a couple solid gains to put them near midfield. They let the clock run, hoping that it will be the final drive of the afternoon. A holding penalty forces them backwards, but they’re able to get back on track after Gabriel connects with Marvin Mims to move the chains on a critical 3rd and 12 with 45 seconds left. A couple incompletions force Oklahoma into a 4th and 4 from Nebraska’s 26 yard line. The crowd is electric as Gabriel drops back with the game on the line. He sees Drake Stoops running a slant route across the middle, and tries to deliver him a good ball in stride. He releases it, but it is knocked down at the line of scrimmage by a Nebraska d-lineman. The crowd goes nuts.

The fans pour onto the field after one kneel down from Thompson. Nebraska delivers the upset of the week, and suddenly everyone seems to have forgotten about the 1-2 start.