On the Docket: The Judge’s CFB Week 7 Picks 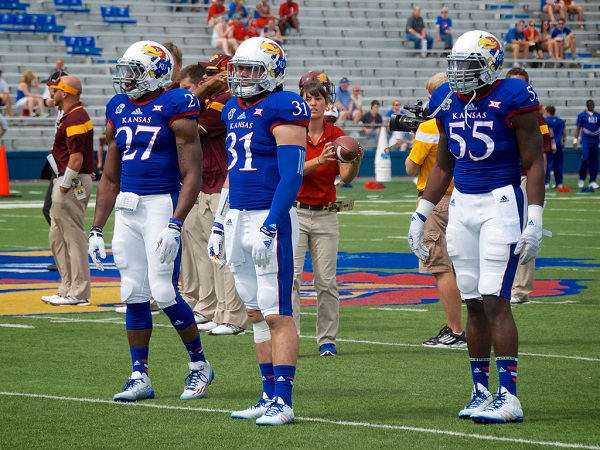 You could not have picked a better Week 7 slate. We get three games with two undefeated teams. There are another three games with two ranked teams. It’s a cancel anything you already had planned type of Saturday with all these primetime matchups. Follow along as we pick another slate of winners and keep rolling through this college football season.

Week 6 was another winning week for The Judge… Get in while the getting is good.

Here are your CFB Week 7 Picks. Court is once again, in session.

Penn State has largely gone under the radar this season. This is because Michigan and Ohio State have taken up all the Big Ten oxygen. However, the Nittany Lions find themselves 5-0 going into Week 7 with an underdog mentality. That is quite dangerous.

Statistically, Penn State has not performed well as a road dog against top teams. Penn State coach James Franklin is 0-8 on the road against top-5 opponents. This Penn State team has what it takes to compete on the road, already picking up road wins against Purdue and Auburn. Running the rock and playing defense is the winning recipe for Penn State. Take the points here.

The Kansas hype may have subsided for now. However, what is going on in Lawrence beats the heck out of what is going on in Norman. The Sooners are losers of three straight and just received a good old-fashioned ass whooping from arch-rival Texas. Yet, they are the favorite in this game against 5-1 Kansas.

Again, if this is a sucker bet then call me Dum-Dum because I am biting. The Sooners are more than a touchdown favorite against Kansas. The Kansas team who lost on a late-game score against TCU for their only schedule blemish. The Sooners are not scoring points, all while giving up a ton of points. Even with Jalon Daniels out, Kansas will be able to compete in this game. Give me the points.

Rocky Top is fired up to host College Gameday and Alabama in the biggest game at Neyland Stadium in years. There are several question marks for this game, namely whether Bryce Young plays. The public loves the Vols, but the line has gone in the opposite direction this week.

College sports are largely predictable in that the storyline usually wins out. The exception to that is when the teams are not close to evenly matched. The Vols are not outmatched this year, meaning they have a legitimate shot to win this game. Alabama might get out to a bit of a lead in this one. However, Tennessee is going to be right there with a chance to win it at the end.

The public loves NC State as an underdog travelling to Syracuse, a team who “ain’t played nobody”. Why wouldn’t they? NC State has held up against Clemson and beaten everyone else on the schedule. All the while, Syracuse missed the memo on Cupcake SZN being over. Not. So. Fast.

This is a banged-up NC State team, who will be traveling without their starting quarterback. The Wolfpack just finished playing Clemson and Florida State. Syracuse is coming off a win over Wagner and a bye week. All the excitement is with the Orange, along with the fresh legs. Take the fresh legs, lay the points.

TCU and Oklahoma State probably wouldn’t have been your first guesses at Big 12 teams being undefeated in Week 7. Nonetheless, both teams are playing great football and have a chance to stand above the rest in the conference after this weekend.

Oklahoma State has thrived in this position as a short underdog under Mike Gundy. That is pretty much all you need to know. While TCU is blossoming under new head coach Sonny Dykes, they aren’t quite there just yet. This one will be won on the line of scrimmage, and the Cowboys have the edge here. Go Pokes!

This is an old rivalry with brand new coaches. Neither of these teams are close to their glory years form, but each have had encouraging moments this season. LSU was on the right track until getting throttled by Tennessee, while Florida has shown resilience against top SEC teams.

This line suggests that these two would be about even on a neutral field. Objection! These teams might be even in the wins/losses columns, but there is a marked difference between LSU and Florida. The Tigers are just better. Even considering that they got blown out last week, they will be able to run the ball on Florida. Especially because Florida’s wins somehow seem unimpressive. LSU gets it done on the road making this one of this weeks easier CFB Week 7 picks.

Mississippi State is climbing, and Kentucky is falling. The Bulldogs have dominated two conference opponents in a row. The Wildcats were defeated by South Carolina last week on the heels of a close loss at Ole Miss. This isn’t the time to buck any trends.

Quarterback Will Levis is expected back for Kentucky this week, moving the line from 7 to 4. Unfortunately for Kentucky, they are going to need more than that to keep up with the Bulldogs this weekend. Mississippi State has outscored its opponents 127-55 over the last three games. The Mississippi State defense will have enough to keep the Wildcats at bay while it lights up the scoreboard.

Florida State will return home after losing its second straight conference game with hopes to rebound against Clemson. A game that was a can’t-miss event has become a less significant game over the last few years. This Florida State team is built to challenge the visiting Tigers.

While the Seminoles might have the athletes to match Clemson, the Tigers’ strength lies in the countering positions. The Florida State run defense, as good as it might be, will be forced to go against a nasty Clemson defensive line. Going off pure trends, this Clemson team has continued to improve while the Seminoles seem to be stuck in neutral currently. Better days lie ahead for the Noles, but Saturday isn’t one of those days.

For critics of the Trojans, this is the game that everyone circled to tell us how far they’ve come under first-year coach Lincoln Riley. Utah has become one of the preeminent programs in the Pac-12 in the void USC has left. They seem unwilling to relinquish that role. Utah may have already dropped a few, but this game still means a lot to both teams.

USC remains undefeated after rolling through a less-than-great schedule to this point. On the other side, Utah is coming off a loss at UCLA. The Utes dropped both games but are battle-hardened by that trip and an early-season trip to Florida. On the other hand, the Trojans are about to get punched in the mouth for the first time all year. Give me the experience at home every day. The Trojans drop their first game of the season on Saturday.