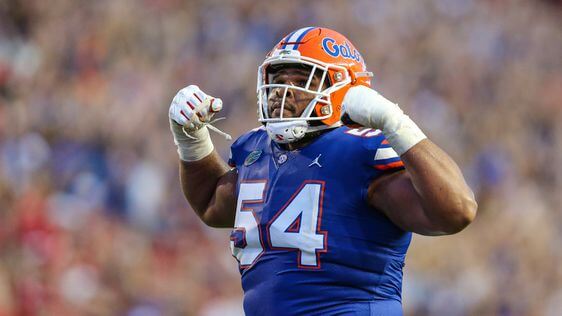 Week 3 gave us some memorable moments as the full picture of this college football season comes together. Maybe Oregon shouldn’t be discounted as a top team, Maybe LSU is figuring it out under Brian Kelly, and Maybe Miami still has a way to go. The Judge fully subscribes to the proposition that it all is incredibly obvious in hindsight. That is not where the money is made, however. Let’s dive into The Judge’s CFB Week 4 picks and odds.

There are some fun games on this CFB Week 4 slate. More importantly, there is a lot of value on this CFB Week 4 slate. In looking for value the Judge does not attempt to meet quotas for favorites, underdogs, overs, or unders. The Judge is just here to call balls and strikes how he sees them. You may notice that this week’s picks go heavy on favorites. If you are scared to lay points, you might want to consider staying on the sideline this week.

Without further ado, your CFB Week 4 Picks. Court is once again in session.

This Michigan team is one of the best in the country and a true playoff contender. Through three weeks, the Wolverines have yet to be tested. They beat Colorado State, Hawaii, and UConn by a combined score of 166-17. Michigan has scored in the 50’s in each of those games. Those are some impressive offensive numbers, but this game is about the other side of the ball for Big Blue.

Can Michigan get enough stops against Maryland to cover the spread? Team totals indicate a final score of 40.5 to 23.5. Considering Michigan has only given up 3 points before the fourth quarter, I like the Wolverines to hold the Terps at or below that projected 24 points while scoring at least 42.

What Dave Clawson has accomplished during his tenure at Wake Forest is remarkable. The Demon Deacons are coming off an 11-win season and a division title. The Deacs are 3-0 this season and ranked in the top-25. That said, they are being incredibly overvalued in this game.

Last year, offensive woes and all, Clemson defeated Wake Forest 48-27. Wake is coming off a one-point win over Liberty. If Liberty was able to disrupt the Wake offense, Clemson will surely be able to do the same with their future NFL talent along the defensive line. Clemson covers, and it really won’t be very close.

How can you enjoy a game against two of the worst teams in the SEC? Bet it.

Auburn is coming off a 41-12 loss against Penn State, while Missouri defeated Abilene Christian 34-17 in Week 3. This line might be surprising to some who know that traditionally the level of talent between these two programs have been starkly different. Don’t be fooled.

Bryan Harsin’s tenure at Auburn will likely be ending at some point before December. He knows it, the fans know it, and most importantly the players know it. It could be the reason we saw an uninspiring performance on the Plains against Penn State. To boot, Auburn starting quarterback TJ Finley will be held out due to injury. On top of that, the preseason presumed starter Zach Calzada elected to have season-ending surgery this week.

Things are going south, and quickly. Cash in on it while you can.

The Judge has already told you to mark your calendars for this one. In a traditional SEC East rivalry, the Vols and Gators square up in Knoxville for what will be a doozy. Or will it.  The Judge has not hesitated to share his thoughts on this Tennessee team. In case you missed it, The Judge likes the Vols, and he loves them this week.

The Gators better lace up their Nikes for this one. Tennessee’s warp-speed offense will get the attention, but the Volunteer defense is what will allow them to cover this one. After getting Heisman hype for his Week 1 performance, Anthony Richardson has looked rather pedestrian. Add to that he has zero passing touchdowns and four interceptions. That is not a winning recipe to take into this track meet.

Cal is a 3-point favorite against Arizona at home, indicating these two would be about even on a neutral field. The Judge respectfully disagrees and finds some great value in this line. You must look at how each of the teams performed against the quality opponents they have faced this season.

In a home game against Mississippi State, Arizona was handled 39-17. On the other hand, Cal played Notre Dame to a close game, losing 24-17. The Cal defense is the key to this one, as they will be able to keep the Wildcat offense at bay and give their own offense favorable field position. Count on the Golden Bears to dictate the terms of this game, limit mistakes, and beat the spread.

There is a ton riding on this game. Lincoln Riley is looking to establish the Trojans as the premier team once again in the PAC-12. On the other hand, the PAC-12 is looking for a national contender to represent the league in the playoff for the first time since the 2014-15 season. USC will be tested for the first time this season with a trip to Corvallis.

Even though we’re only in Week 4, Caleb Williams and the USC offense look like they are in November form. To cover, Oregon State will need to keep pace with the dynamic Trojan offense. Unfortunately for the Beavers, the USC defense has already forced 10 turnovers this season. USC knows the importance of this game and will perform accordingly.

If this is a sucker bet, call me the biggest sucker in the world.

Michigan State is being undervalued after its not-so-close loss at Washington. Take advantage of the overcorrection as the Spartans bounce back against Minnesota.

This line is another overcorrection after App State needed a Hail Mary to beat Troy. This is still the team that went wire to wire against UNC and won on the road at Texas A&M.

Another value play here. The Judge has been adamant that Arkansas is being overvalued. It catches up to the Hogs this week.