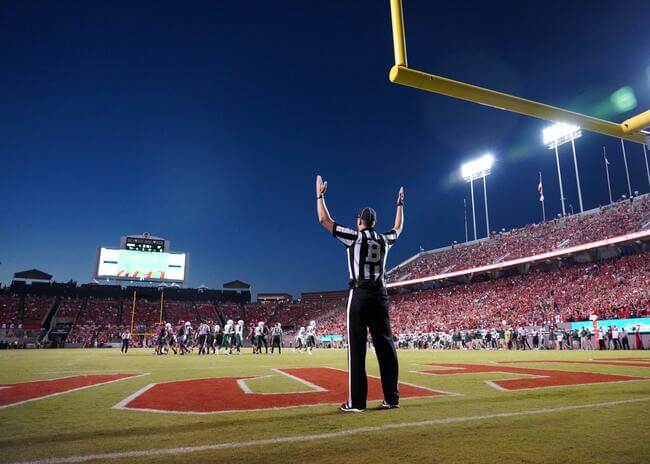 Week 1 of the 2022 college football season is in the books. If you made it through the North Carolina/Appalachian State and Florida State/LSU games without any cardiovascular events, congratulations.

We move on to Week 2 knowing a lot more about teams than we did last week. There aren’t as many headline matchups this week. Also, we are still in #cupcakeSZN for most programs, however, there is still plenty of value on the board.

Here are your CFB Week 2 picks. Court is once again in session.

How does Vanderbilt keep showing up in the docket? The Judge has been wrong on the Commodores in Week 0 and Week 1, but the third time is a charm. Wake Forest, returning quarterback Sam Hartman, will be too much for Vandy to handle. This game might not be a joy to watch, but we take value wherever it is.

Haven’t we seen this movie before? Alabama has an early season matchup against a name school that gets hyped up and the Tide completely rolls the opponent. I wouldn’t want to bet against that tradition. Texas is about to get a not-so-warm welcome to the SEC. This is one of the easier CFB Week 2 Picks.

South Carolina struggled against Georgia State last week and needed two punt blocks returned for touchdowns to pull away. Arkansas, on the other hand, handled a solid Cincinnati team for a full four quarters. While the Judge has still not bought in on the Arkansas hype, there is some value in the Hogs this weekend.

North Carolina is back on the road against another team outside of the Power 5. The person involved in scheduling their 2022 season should be reprimanded. The Tar Heels pulled out a classic against Appalachian State this past Saturday in what was the game of the week. That was, until we witnessed the LSU vs. Florida State finish on Sunday.

The UNC defense is going to settle in and Drake Maye will continue his rampage against an inferior opponent.

This game is all about the Ohio State offense. After struggling for most of the game against Notre Dame, expect the Buckeyes to unleash against this inferior Arkansas State team. Ohio State has too many superior athletes on the defensive side to let the Red Wolves score more than two touchdowns. Sack up and lay the points here.

This has all the makings of an exciting game. Both teams displayed the ability to put up points in Week 1. While Tennessee’s defense has not yet been tested, Pittsburgh’s struggled to stop the run against West Virginia, but were still able to come away with the win.

Houston is coming off a triple-overtime thriller as they travel to Lubbock to take on the Red Raiders. Expect more fireworks in this year’s rematch as both offenses have impressed in their season debuts. Texas Tech is down a starting quarterback so expect Houston to cover.

It only took two quarters for quarterback controversy to arise in Auburn, though the Tigers still managed to put up points against Mercer. On the other side of the ball, Mercer needed Auburn turnovers to put up any points. Look for the Tigers to clean up their turnover issues in Week 2 and let their defense shine.

Arizona was impressive in its Week 1 win over San Diego State. While Mississippi State was also able to take care of business against Memphis, the Bulldogs are going to give up too many points when they travel to Tucson. The Mississippi State defense is a salty unit, but Arizona will put up a decent number, preventing Mike Leach’s squad from pulling away. Also, this game is past Mississippi State’s bedtime.