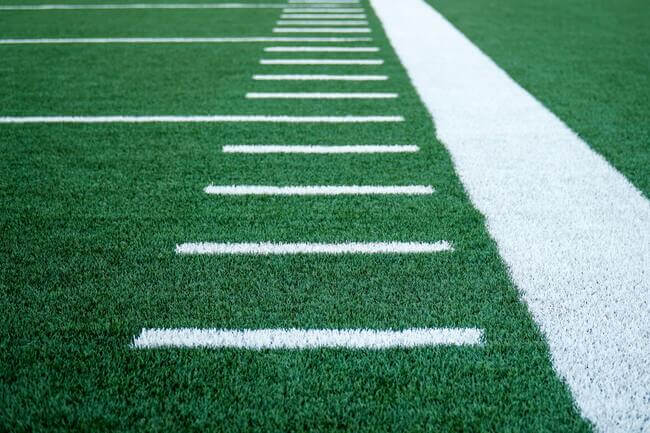 Saturday’s matchup featuring Alabama traveling to Austin to take on Texas is truly what College Football is all about. The sport is about upsets, even the possibility of them. It’s about fans rushing the field after their school shocks the nation. All of this could be happening around 2:30 PM central time in Austin, Texas, on Saturday.

FanDuel has Alabama as 20.5-point favorites, making this game rather uninteresting on paper. Here’s why the matchup will be bringing in a lot more attention than your typical three-score spread.

The Return of Texas

Texas was once one of the powerhouses of College Football in the early 2000s. Vince Young scrambling for an 8-yard touchdown run to beat USC in the final seconds of the National Championship was the pinnacle of Texas football. The team nearly returned to the top of the throne again, but an early injury to quarterback Colt McCoy in the title game made defeating Alabama nearly impossible. Since then, Texas football has only picked up one 10-win season (10-4, 2018). They’ve consistently underperformed, and have never been much of a contender late in the season.

Saturday against Alabama could be the day where they finally flip the switch, more than 12 years after Colt McCoy went down with a shoulder injury in the National Championship vs this same team.

Quinn Ewers will be the guy leading the way on this Longhorn offense. Ewers was named a starter two weeks prior to the start of the year after transferring from Ohio State in the off-season. The quarterback was a highly touted prospect out of high school and made headlines after deciding to forgo his senior year to join Ohio State. Ewers is the first top-ranked quarterback Texas has had in their program in a long time.

They’ll have another one on the way next year, as Arch Manning, the nephew of Peyton and Eli Manning, recently decided to commit to Texas.

Things appear to be on the rise for Longhorns football. A victory on Saturday will mean a lot more than any big-name off-season addition.

The team lost in the National Championship last year to Georgia, a team they beat in the SEC Championship. Typically when Alabama doesn’t win the whole thing, they come out with even more fire the next season.

Alabama came into this season as the top-ranked team in all of college football. It’s a spot they will hold coming into week 2 as well. Alabama is returning their Heisman Trophy-winning quarterback, Bryce Young. Young is supposed to be one of the top picks in the draft in the spring. He will represent a big problem for Texas’ defense in this one.

On the defensive side of the ball, Alabama always has superstars. This year, linebacker Will Anderson is their biggest name. Anderson is widely regarded as the best defensive player in the country, and could very well end up going #1 in the draft if a pass rush needy team holds that spot. Last year, Anderson led the nation with 17.5 sacks. It didn’t help Alabama’s case when Anderson was ruled out for the National Championship with an injury.

Alabama is coming off a 55-0 defeat of Utah State at home. They’ll travel on the road this Saturday, to what will be a raucous crowd in Austin. The team will be bringing enough talent with them to block out the noise though.

Texas is going to come out with a lot of energy. The Longhorns will win the toss, elect to receive, and drive down the field into the endzone. The crowd is going to be buzzing. It’ll force a miscommunication on Bama’s end that will lead to a three-and-out. We’ll see Nick Saban frustrated with his offense’s shaky first possession. Texas comes out with the same energy on their second possession, but are forced to settle for a short field goal.

Bama flips the script late in the first quarter after a big 43-yard run from transfer running back Jahmyr Gibbs. The drive will lead to Alabama’s first touchdown at the beginning of the second quarter after Bryce Young connects with Jermaine Burton in the endzone. Texas’ defense is going to have a tough time stopping Alabama in the second quarter. Bama’s offense will find the endzone on all three possessions. Ewers will lead one touchdown drive this quarter. The teams will head to the break with Bama leading 21-17.

Alabama starts to break things open in the third quarter. They reach the endzone for the fourth straight time on the opening drive, completely deflating the Texas defense. Will Anderson picks up his first sack of the season in the third quarter. Texas eventually gets into the endzone again to make it a 35-27 game, cutting the lead to eight. The Longhorns faithful start to come to life again, but then on a big 3rd and 13, Bryce Young hits Traeshon Holden on a deep route as his defender slips, to make it a two-score game again.

The teams will trade touchdowns again in the fourth, but that will be it. Bama comes out on top, as 49-34 winners. Texas shows a lot of promise in this one, but Bama’s star power was ultimately too much. There ends up being a lot of positives to take away from Ewers’ play. He finishes the game completing 32 of 46 passes, for 347 yards, 3 touchdowns, and 1 interception. Last year’s Heisman Trophy winner Bryce Young gets the better of him, completing 27 of his 34 passes for 334 yards, 4 touchdowns, and no interceptions.

This is the most exciting college football matchup of week 2, making it a great game to bet on. Each team is going to come into it well prepared, and ready to make a statement.