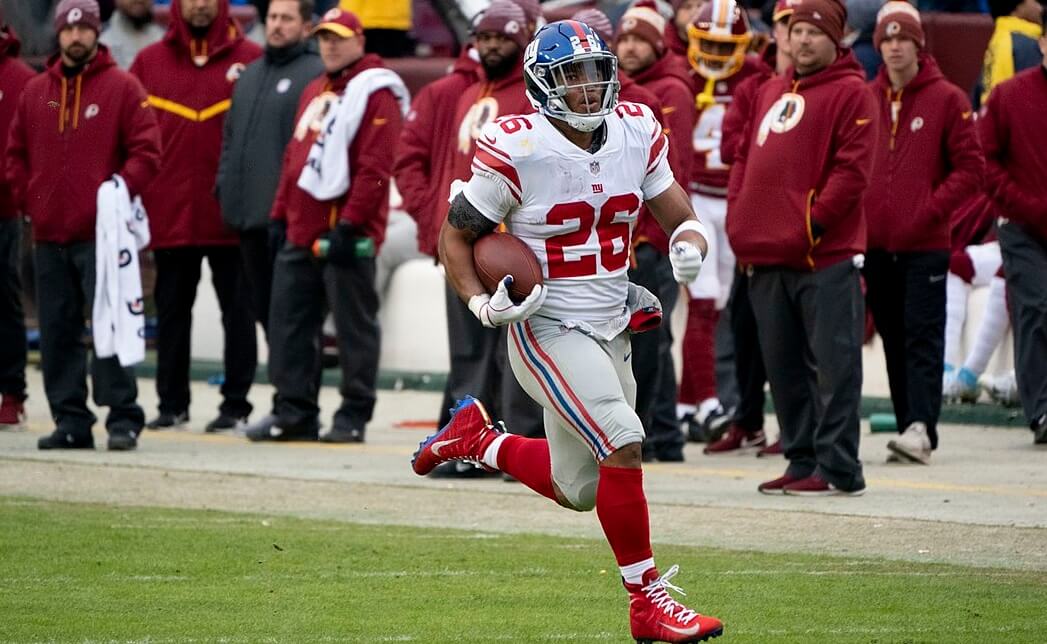 If there wasn’t already a reason to dive into the profitable world of prop betting, it’s also Championship week of most people’s Fantasy Football playoffs. That gives us double the reason to really dig into the stats. The good news is that I’ve done the digging, and come up with our Wicked Player Props for Sunday. Here are the Best NFL Week 17 Player Props and the best odds for betting them.

Chris Godwin has been the most reliable offensive weapon for the Bucs this season, not that it’s a high bar. However, Tom Brady has been feeding him a monster target week in and week out. Since Week 6, Godwin has seen at least eight targets each game, with several double digit target games along the way. The receiver has also had six or more receptions in all but two games this year.

Despite the volume of catches and targets, Godwin has only had one game over 100 receiving yards this year, and has only surpassed 67.5 five times. That’s going to change this week, as the Bucs are in a must win situation, and Tom Brady loves throwing the ball to #14. Godwin reminds me a lot of Julian Edelman as he works out of the slot, and is a tight route runner. He simply gets open, and with Brady’s arm on the decline, he’s going to find his safety blanket a lot in this game.

The Bucs average just over 300 yards per game at home this year, and with Godwin’s expected target share, Godwin should get in the 70-80 yard range. I’d be hard pressed to bet against Tom Brady in a must win situation, which means I’m not going to bet against Chris Godwin putting up at least 68 yards on Sunday either.

This number is slightly high for a guy that has gone under this number seven times this season. Especially since the Giants have settled back into what we all expected out of them, and that includes a mediocre offense.

The offensive line is not good, and teams are simply not worried about Danny Dimes or his band of receivers, making it very easy for defenses to key in on the star running back. Barkley does have two straight games of 80+ yards. I’m sure as you read this you thought the Wicked Wager would be on the under, but not this week. Indianapolis has been less than stellar against the run this year, and even worse over their last three games. Jeff Saturday appears to have broken this team all the way, and it’s showing up on both sides of the ball.

Saquon Barkley is an explosive player, and he’s going to get at least 15 carries this week. The Giants would be well served feeding him the ball as much as possible and getting him out in space, as he’s their most dynamic playmaker. Lock this one in early against one of the worst run defenses in the league.

Not enough people are talking about how disappointing Swift has been this year. Injuries aside, he has been pretty pedestrian outside of his week 1 performance. Since coming back from injury, Swift has rarely been a factor in the running game, giving up carries to his backfield counterpart Jamaal Williams.

Since his return in week 8, Swift has gone over 25 yards just twice. He has only seen double digit carries in one game against Jacksonville. He’s just not getting the ball handed to him, and that’s not going to change this week against the Chicago Bears. The total on this game is surprisingly high, so you can expect Swifts statistical damage to come in the receiving game as the Lions are going to put up points. Chicago does have one of the worst run defenses in all of professional football, but that doesn’t mean anything for Swift. Looking back to the last matchup between the Lions and the Bears, Swift only managed six yards on six carries. Don’t let his preseason hype deter you from fading this man in the ground game.

DJ Moore (+200) – Last week the running backs in Carolina went nuts, this week is for the receivers. Moore gets in for a score this week.

Jamaal Williams (-130) – All this guy does is run the ball into the end zone. He does it again Sunday.

Travis Kelce (-115) – This number is too good not to play it. Plus he’s Travis Kelce and he’s going to get his chances.

Dallas Goedert (+240) – Doesn’t matter who is playing QB for Philly on Sunday, Goedert hits paydirt against the Saints.

Taysom Hill (+250) –  Hill is going to have redzone opportunities against the Eagles, and he slips in for New Orleans only touchdown.

San Francisco (+550) – The Raiders are about to implode, and that Niners defense is elite. They pick off the rookie for 6.

Long Shot Bet: Deshaun Watson 2+ Touchdowns (+4300) – Washington is going to give the Browns some trouble this week, which means Watson is going to scramble more than he has. He sneaks a couple in the end zone while ruining Nick Chubb’s fantasy day.